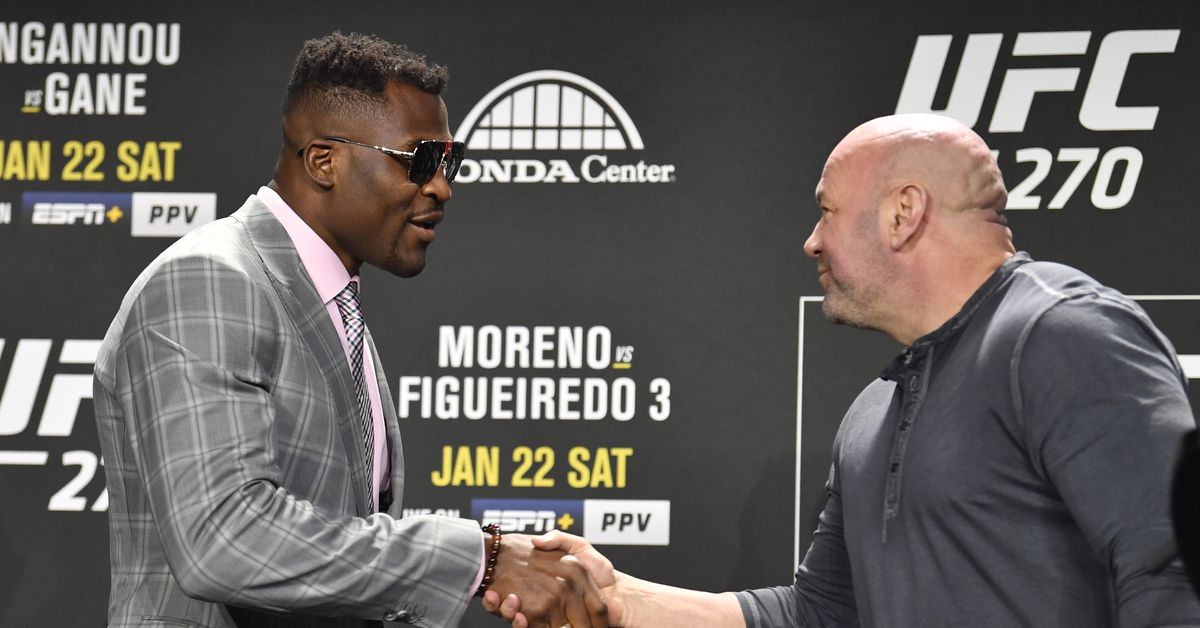 Francis Ngannou’s game continues to evolve, but will it be enough to get him the respect from Dana White and the UFC that he desires?

This week on On To the Next One, that question is answered from a matchmaking perspective following Ngannou’s first successful title defense in the main event of UFC 270.

In addition, future matchups are discussed for Ciryl Gane — who suffered his first pro MMA loss at the hands and wrestling of Ngannou — new flyweight champion Deiveson Figueiredo as he regained the title in the co-main event, Brandon Moreno, Michel Pereira, Said Nurmagomedov, Michael Morales, and more with MMA Fighting’s Mike Heck and Alexander K. Lee.

If you missed the live stream, you can still watch the video above, or an audio-only version of the show can be found below, on Apple Podcasts, Google Podcasts, Spotify, Stitcher, and wherever you find your favorite podcasts.