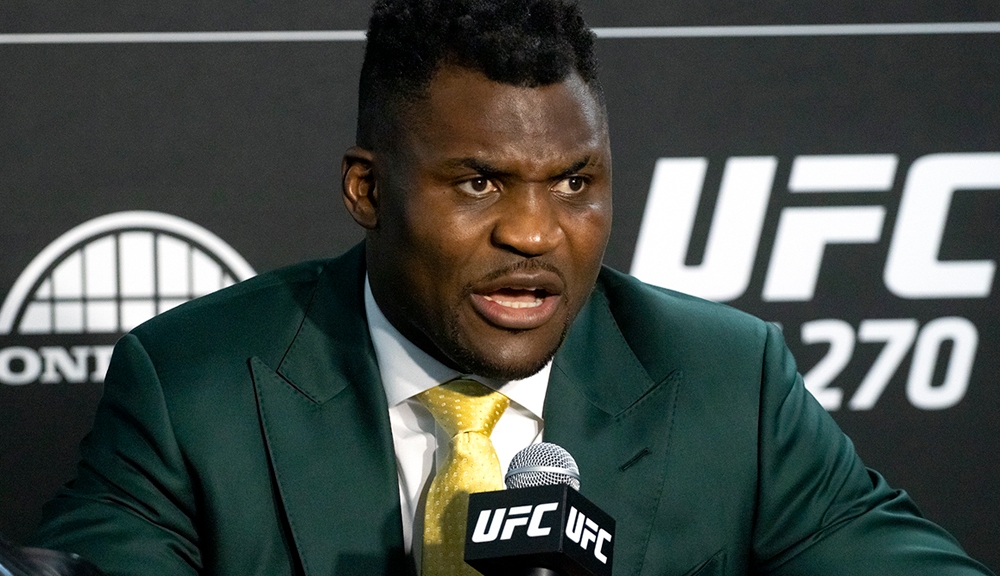 Francis Ngannou faced a number of well-documented distractions ahead of UFC 270, but revealed another that occurred just hours before heading to the Honda Center to defend his title.

“They told me they just received an email from the UFC saying they’re going to sue him (Martin) for talking with this guy, Nakisa,” Ngannou said on “The MMA Hour.” “I’m like, ‘Who is Nakisa?’ …I’m like, ‘Is he the promoter or something?’”

Bidarian, who is the co-founder of Paul’s Most Valuable Promotions company and former UFC CFO, was recently challenged by UFC president Dana White to start his own promotion along with Paul after criticism of the UFC’s fighter pay.

Ngannou said the email came as he preparing to head to the arena just hours before the fight. According to ESPN, a person with knowledge of the situation confirmed the timing and contents of the email. However, it was not Martin, Bidarian, or a UFC representative, who all declined to comment.

“I don’t know him (Bidarian),” Ngannou affirmed. “I couldn’t recognize him if you put him in front of me. Secondly, he’s not the promoter. It’s not like I can’t have a dialogue with people about boxing. I talk about boxing all the time.”

The sport of boxing is one of the many reasons Ngannou is in ongoing disputes with the UFC about his contract, which was automatically extended for three fights or one year after successfully defending his title against Ciryl Gane. The champ has previously stated he will not renew his contract if there is not an option to box.

Beyond the terms of his contract, Ngannou has also stated he does not feel like the promotion has treated him fairly.

“I don’t feel like I’ve been treated good,” Ngannou said during the UFC 270 post-fight press conference. “It’s unfortunate that I have to be in this position, that I have to say that. I feel like everyone should have the right to claim for what’s best for them. At the end of the day, we put a lot of work for this job and we take a lot on our body to make it happen, so we can have a fair and square deal.”