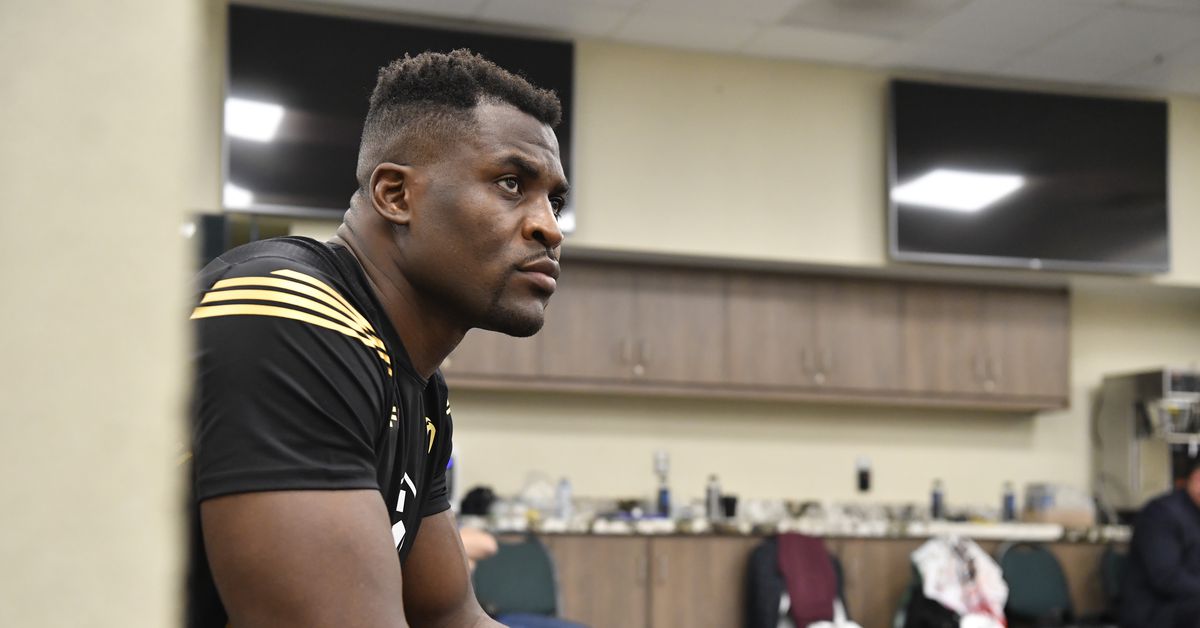 Ultimate Fighting Championship (UFC) Heavyweight champion, Francis Ngannou, will undergo surgery to repair a torn ACL and MCL he suffered in the lead-up to his title unification bout against Ciryl Gane at UFC 270 last Sat., (Jan. 22, 2022) in Anaheim, California (see it again here).

That’s according to “The Predator’s” manager, Marquel Martin, who recently told ESPN that the 265-pound hard-hitting champion would go under the knife once he returns from his planned trip to his homeland in Cameroon.

“I continue to be amazed and inspired by Francis’ heart and resilience,” said Martin. “Fighting on one leg to overcome all odds, and remind the world he is the undisputed heavyweight champion of the world. I think we can all agree he deserves some time to go back home and be with his family and countrymen.”

Ngannou revealed that his team urged him to pull out of the fight, but he ultimately went against their wishes and pulled off a grueling, five-round win, which included a lot of never-before seen grappling from Ngannou.

“Upon his return, we plan on getting surgery and starting the recovery process so we can get him back to 100 percent as soon as possible. In the meantime, we hope we can find a peaceful resolution in these contract talks. We’d like to thank all the fans for their continued support and belief in Francis.”

Of course, Ngannou was already prepared to sit up to a year if he and UFC couldn’t come to terms on a new deal, so sitting on the sidelines to recuperate from his looming surgery isn’t going to interfere with his potential return.

That said, should UFC official get antsy and no deal is made between the two sides, do not be surprised if the promotion opts to book an interim Heavyweight title fight between two worthy contenders in order to keep the division moving.