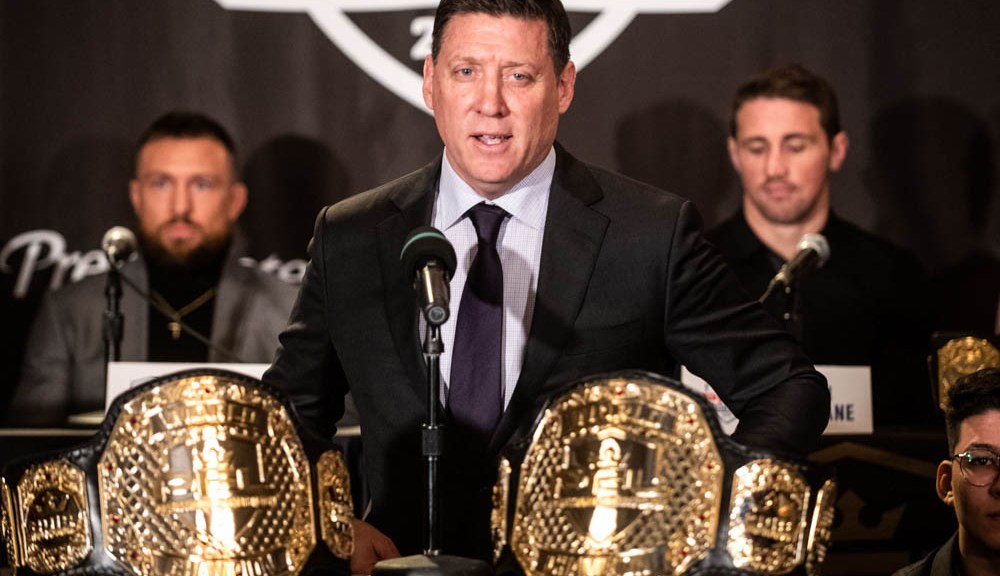 With a renewed broadcast agreement with ESPN official and a new Challenger Series nearing its debut, PFL CEO Peter Murray feels confident his company has established itself as the No. 2 promotion in all of MMA.

While the UFC is the clear industry leader, a number of promotions have looked to establish themselves as a top alternative over the years.

“You look at Bellator, its distribution, it’s relegated to unrated cable networks and digital platforms,” Murray told MMA Junkie. “We have broader reach. We have more quality distribution. We distribute to more countries. Our cards, we have over 30 percent of our fighters who are ranked in the top 25 in the world. We have more content and we have a much bigger sponsorship business. So you bet, we’re No. 2 doing it.”

It’s a bold claim and one that will surely receive some pushback, but Murray and the PFL have been dealing with that since the promotion’s debut in 2018. But Murray believes the upcoming launch of the PFL Contender Series is proof of the company’s growth, as well as its future.

“It’s always been part of our vision, but 2022 is the perfect time to do it, now that we’ve established the PFL as the No. 2 MMA company in the world,” Murray said. “We’ve established our format in the season model. Three successful seasons. I mean, this past season was the best roster ever. Exciting storylines, fighters. It was a great culmination. Our audience was up 100 percent. Expanded distribution. So now natural evolution – pick our heads up, continue to build, and with the goal of delivering fans.

“That’s what it’s about: a more robust, year-round calendar of live events with differentiated product, si this has been the natural evolution, and you know, we’re also solving for something. We’re very focused in MMA on helping to grow the sport and even reimagine it, and we’re solving for things as a challenger brand and a disruptor.”

As with any MMA organization, the PFL’s product quality is determined quite heavily by the talent in the cage. Murray believes that with the company’s new two-tiered approach to operations, with the PFL season still featuring marquee athletes but the Challenger Series finding the next crop of potential stars, the company will be able to further establish its position.

“I mean, it’s all about fans, but in the end, you’ve really got to think about the fighters,” Murray said. “For us, we get we need to develop the talent development system and own that, and so the Challenger Series really helps us do that, No. 1, and No. 2, we talked to many managers and fighters around the world. They’re looking for another alternative, particularly fighters at this stage of their pro career beyond the opportunities to prove themselves in regional promotions.

“It’s difficult for some of these top fighters at that level to get noticed, and this is an opportunity on a global stage for a fighter to get a big break, but earn that break. So No. 1, it’s talent development for the PFL, and two it’s new, live content, and we think the concept is is really fun.”

The PFL Challenger Series, which airs on Fubo Sports Network, debuts on Feb. 18. Meanwhile, the PFL 2022 season, which will air on ESPN and stream on ESPN+, kicks off on April 20.

Murray believes the combination of the products will leave the PFL’s market position undeniable.