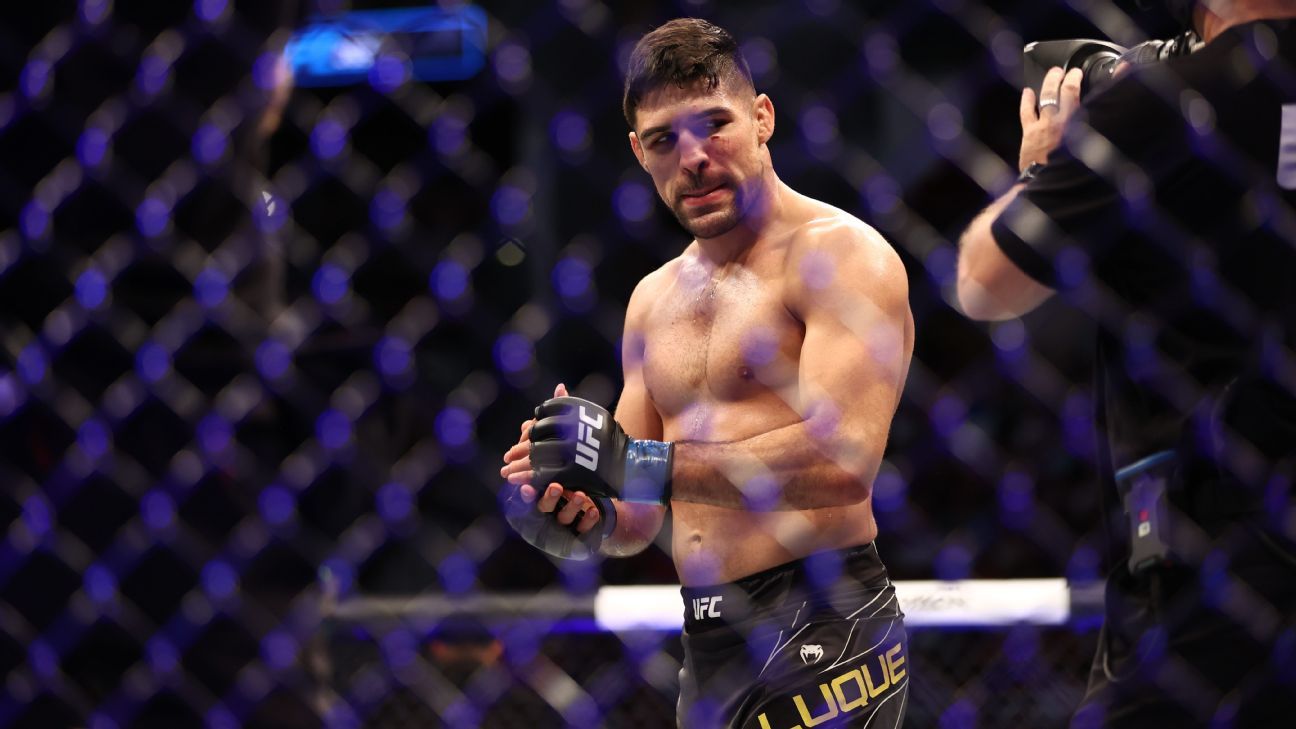 A welterweight matchup between Vicente Luque and Belal Muhammad will headline a UFC event in April, multiple sources told ESPN.

The 170-pound contest will serve as the main event of UFC Fight Night on April 16. The promotion has not yet announced an official venue for the event.

Luque and Muhammad are the UFC’s Nos. 4 and 5 ranked welterweights. The fight is a rematch of a bout that took place in 2016, which Luque won via first-round knockout.

Luque (21-7-1), is coming off a first-round submission win over Michael Chiesa at UFC 265 in August. The 30-year-old Brazilian, who was born in New Jersey, is riding a four-fight win streak and has won 10 of his past 11. He has recorded 14 finishes in his UFC career, dating back to 2015.

Muhammad (20-3) is also on a roll, as he is unbeaten in his last six appearances. This will mark his second main event. He headlined a UFC Fight Night against Leon Edwards last March, but that fight ended unfortunately, when Muhammad was unable to continue after an accidental eyepoke. The bout was ruled a no contest.

The current welterweight champion Kamaru Usman does not currently have a fight booked. He is expected to face Edwards next.