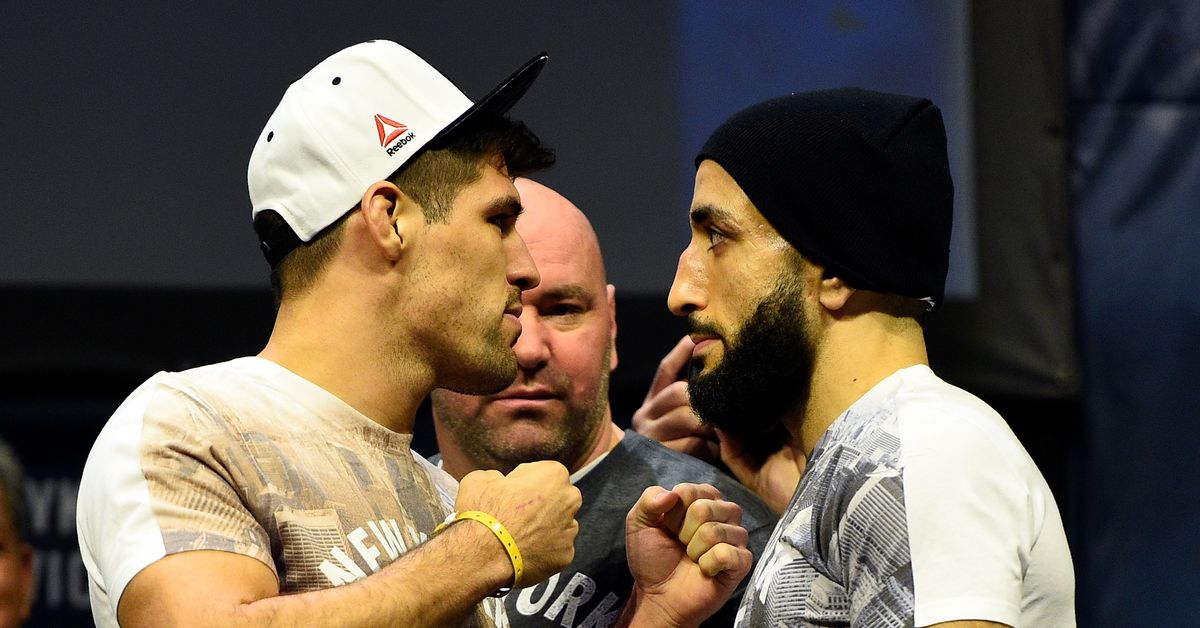 Vicente Luque and Belal Muhammad will square off in a rematch of top-ranked welterweights in the main event of the upcoming UFC card scheduled on April 16.

Luque and Muhammad’s manager Ali Abdelaziz confirmed the news to MMA Fighting on Tuesday following an initial report from ESPN.

“I love both guys,” Abdelaziz said about the matchup. “They’re not just great fighters but great human beings. They’re the best in the world, and looks to me like a No. 1 contender’s match. I know they fought before and they’ve both evolved, and I think the real winner here is going to be the fans.”

“It’s going to be an amazing fight and I can’t wait for these two guys to compete.”

The first meeting back in 2016 ended with Luque defeating Muhammad via first-round knockout at UFC 205.

Since that time, Luque has remained one of the most ferocious finishers in the welterweight division, sporting a remarkable 10-2 record over his past 12 fights. He’s currently riding a four-fight win streak capped off by submission victories over former UFC welterweight champion Tyron Woodley and Michael Chiesa.

Luque will now look to take another step towards title contention by facing off with Muhammad, who has put together an impressive win streak of his own.

Undefeated in seven consecutive fights, Muhammad has made a slow and steady climb up the welterweight ranks while knocking off a string of veterans along the way. In his past two fights, Muhammad has earned victories over a pair of former UFC title contenders, defeating both Stephen “Wonderboy” Thompson and Demian Maia.

Muhammad now looks to extend that unbeaten streak while attempting to avenge his past loss when he faces off with Luque in April.

As of now, the UFC hasn’t officially announced a location or venue for the April 16 card, but more fights are expected to be added in the coming weeks.

Top Finishes From UFC 268 Fighters
Fedor Emelianenko Reveals How He Wants To Be Remembered In MMA
Kattar Lands a 💣 !!
Loughnane-Moraes to kick off 2023 PFL season
Sources: Vera-Sandhagen fight shifts to March 25