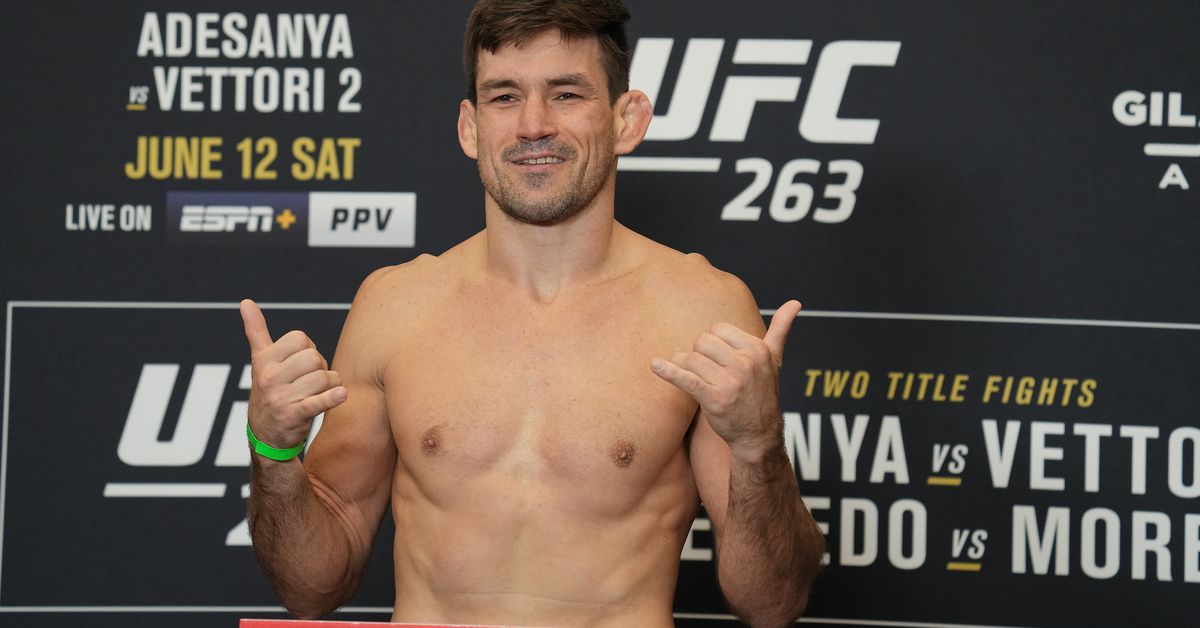 Demian Maia does not fit the stereotype of a fighter one would expect to be in street fights or bar brawls. The 44-year-old jiu-jitsu specialist spent more than a decade on the UFC roster without any controversies or serious bad blood; he’s better known for his calm demeanor and preference for submitting foes rather than doing permanent damage.

Nevertheless, these situations can still spiral out of hand. Speaking on the Inteligência Ltda. Podcast, Maia revealed that he was stabbed in a bar fight in Sweden several years ago after upsetting some alleged gang members.

“I’m in the corner, and like in other clubs outside Brazil, at 2 AM, they turn on the light. 2 AM, all lights turned on. All the security guards went down to evacuate people and things like that,” Maia said in Portuguese (via BloodyElbow). “When I stood up, there were some guys from that gang there and they saw me. I think it was a small town thing. The guy came at me to attack me, but not exactly attack me. He came to push me. No reason, man. They were very messy. They kind of ran the place.”

Unfortunately, the altercation did not end with the push. Maia responded with aggression, lashing out with an elbow that put his first foe on the ground … and scared the crap out of the professional athlete.

“I was upset because my knee wasn’t getting better. I had hurt myself again in Sweden teaching class and stuff like that. When the guy came to put his hand on me, I threw an elbow at him. In his face,” he said. “But that elbow was so hard, he didn’t fall over. He just imploded in the same place, you know. Do you know when a guy lands on his own leg? Yeah, man. He imploded.

“Man, by the time he fell, my first thought was, ‘God, please help me. I hope I didn’t kill this guy.’ Because it was too strong and the guy blacked out right away. I thought, ‘Imagine I killed this guy, I’m going to be f—ked, stuck in Sweden for the rest of my life.’ F—k, no one would want to know he came to assault me. In the end, I would have killed the guy.”

For better or worse, Maia didn’t have long to ponder the situation. Soon afterward, another man came after Maia with worse intentions than a mere shove.

“Suddenly, I see a small guy coming up beside me quietly. All this I’m talking about was in five or six seconds, I don’t know. But very fast. The elbow, two punches. I walked backward, the guy came and hit me in the belly. This guy didn’t hit me in the belly, he stabbed me. And I knew it right away,” he recalled.

“Why did I notice? Because these guys don’t know how to fight, they’re just making trouble. If the guy isn’t a very good boxer who knows what to do, he’ll never hit you in the belly. He’ll hit the head. The guy will try to hurt you in the face. And as soon as it hit down here, I felt a knock and they ran away.”

“I had this thing in my head, ‘Can’t get air, can’t get air.’ I knew that getting air could cause embolism, and I got this paranoia. I still didn’t know if I was stabbed. I just felt the knock, but I was suspicious. When the guys ran away, I did it here. I looked over quickly and my shirt was soaked with blood.”

Fortunately, Maia was able to make it to the hospital quickly, and he didn’t suffer any major wounds.

This is a pretty insane story from such an unlikely source! For one, wouldn’t we expect to hear about a UFC fighter getting stabbed? Until this reveal years later, there was nary a word in the press about the incident, which seems like the type of thing to generate headlines. It’s a good reminder to any would-be street fighters, too. You might get violently knocked out by an old grappler like Maia or stabbed by someone who doesn’t know a thing about fighting — the unexpected happens, and quickly!

As for his contracted fighting, Maia was released from the UFC roster back in August 2021 following consecutive defeats to top-ranked Welterweights Gilbert Burns and Belal Muhammad. At this time, it remains unclear if he’ll seek a final fight for another promotion.

Why didn’t Ciryl Gane’s heel hook have much of an effect on no-knees Ngannou? The post below elaborates in detail, but to my eyes, it mainly came down to failing to control the knee line.

Jiri Prochazka tried out some Sumo training with his countryman, which is pretty neat.

Jimmy Smith reveals the reason for his departure from UFC commentary.

Deiveson Figueiredo coloring in his title belt tattoo as he scores wins is pretty badass.

These two traded knockdowns like they were Pokemon cards.

Are we 100% that this isn’t Fedor? Or at least a distant cousin?

The tweet itself really says it all, but wow, I didn’t expect this man to win after whiffing on several straight punches in a row without adjusting the distance at all.

I didn’t know archery has curveballs.

Leon Edwards will give Jorge Masvidal a title shot if Masvidal wins at UFC 287: ‘Let’s get in there and settle it once and for all’
BIG Left Hand 👊 and Islam Makhachev Ends the Fight
Video: Jake Paul, Tommy Fury share heated words after intense first faceoff
Umar Nurmagomedov ‘Feels Bad’ For Landing Extra Shot After Knockout | UFC Fight Night 217
UFC superstars PART of the next TUF season? Conor McGregor and Jorge Masvidal announcing update!