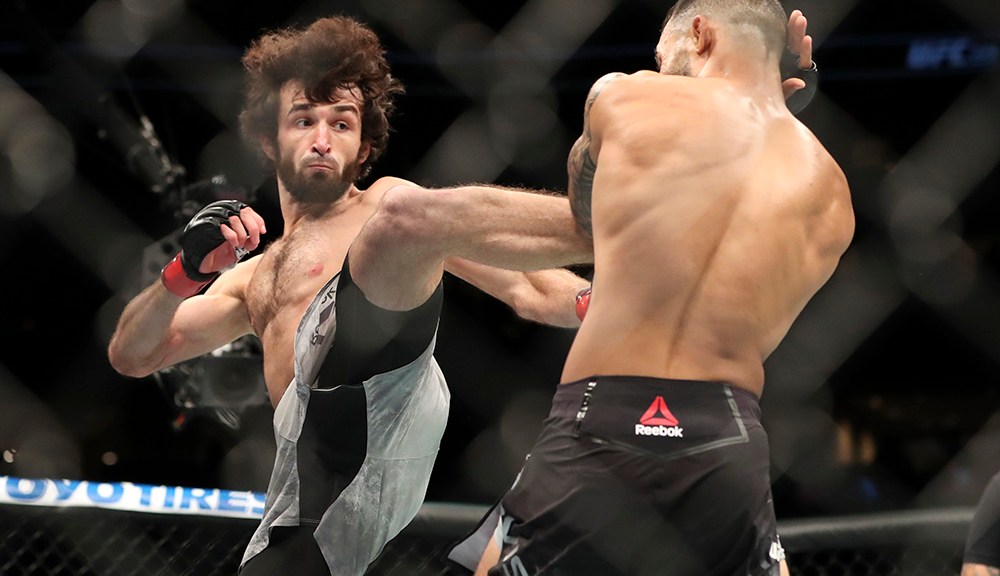 By Farah Hannoun and Danny Segura |

Ali Abdelaziz hopes to have an answer on Zabit Magomedsharipov’s future by next week.

Magomedsharipov (18-1 MMA, 6-0 UFC) hasn’t competed since defeating Calvin Kattar in November 2019 and the rising featherweight saw his momentum take a halt when he was sidelined due to health issues.

Abdelaziz, his manager, told MMA Junkie Magomedsharipov has been training, but a conversation with the UFC regarding his future still needs to take place.

“Zabit is training. He’s in the USADA program, but he went through some health problems,” Abdelaziz said. “He’s back training, and I think this is a conversation me and the UFC will have probably next week about Zabit to see what the future holds for him, and we’re going to see what happens. But I believe he’s one of the baddest men in this division. I believe he can be the champion tomorrow. Alexander is a great champion, but I think Zabit is on a different level.

Magomedsharipov was ranked as high as No. 3 in the UFC’s featherweight standings before inactivity caused his removal. In six octagon appearances, the 30-year-old notched four bonuses, including Fight of the Night in his first main event against Kattar.