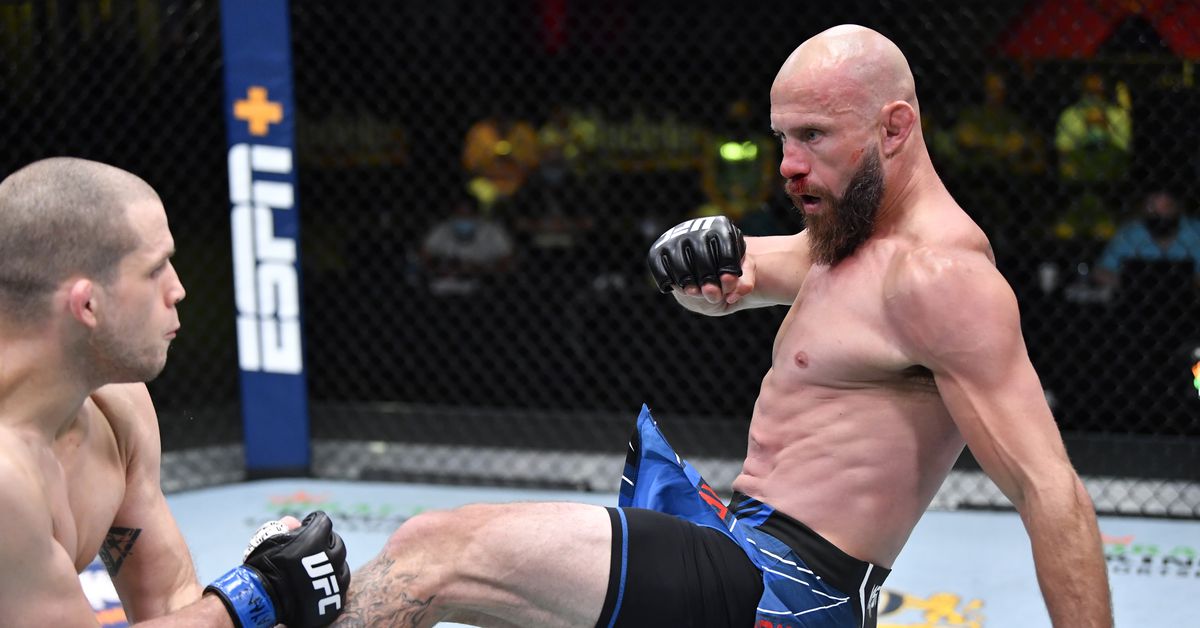 Per a first report from MMAJunkie, longtime UFC Lightweight veterans Donald Cerrone and Joe Lauzon are targeted to battle on April 30 at UFC Fight Night 208 from a to-be-determined location.

This could be the last ride for either man … or both?

“Cowboy” is having a rough go of things lately. All those short-notice fights and brutal wars have added up for the 38-year-old veteran, and it’s really affected his recent performances. Though Cerrone was a highly ranked Lightweight as recently as mid-2019, he’s since suffered a six-fight winless streak. It’s one thing to get knocked out by Conor McGregor or Justin Gaethje, but it’s a worse situation when a grappler like Alex Morono is shutting off the lights inside a round.

The 37-year-old Lauzon has been doing a bit better, but he’s struggled too. He managed to upset Jonathan Pearce last time out in October 2019, stopping the prospect inside a round. Prior to that win — after which UFC President Dana White tried to convince him to retire — Lauzon had lost three straight in largely violent fashion.

At their height, both of these men are among the most entertaining Lightweights of all time, known finishers who have racked up countless post-fight bonuses. Hopefully, pitted against a foe with a similar level of wear-and-tear, a bit of their collective greatness will shine through.

Aleksandr Rakic with some class in response to Jan Blachowicz’s injury.

Belal Muhammad revealed how his rematch vs. Vicente Luque came about.

Some cool Robert Whittaker fan art on a variety of mediums:

Wellington Turman goes from Rodolfo Vieira to Misha Cirkunov — someone needs to fire his manager and get better match ups!

One more booking! I would’ve thought Manel Kape has earned a bigger jump in competition, but this sounds like a fun scrap nevertheless.

From the security guards dressed like ninjas to the final blow, every bit of this brawl is perfection.

Yup, this looks like a miserable way to lose a fight.

A lot of these amateur clips from IMMAF look like pro fights … but let ‘em take off the rash guards!

It’s well-known at this point that I appreciate a nice back taking sequence.

Midnight Music: I love sample breakdown videos! Slight correction though, the Jimi track is from 1967.