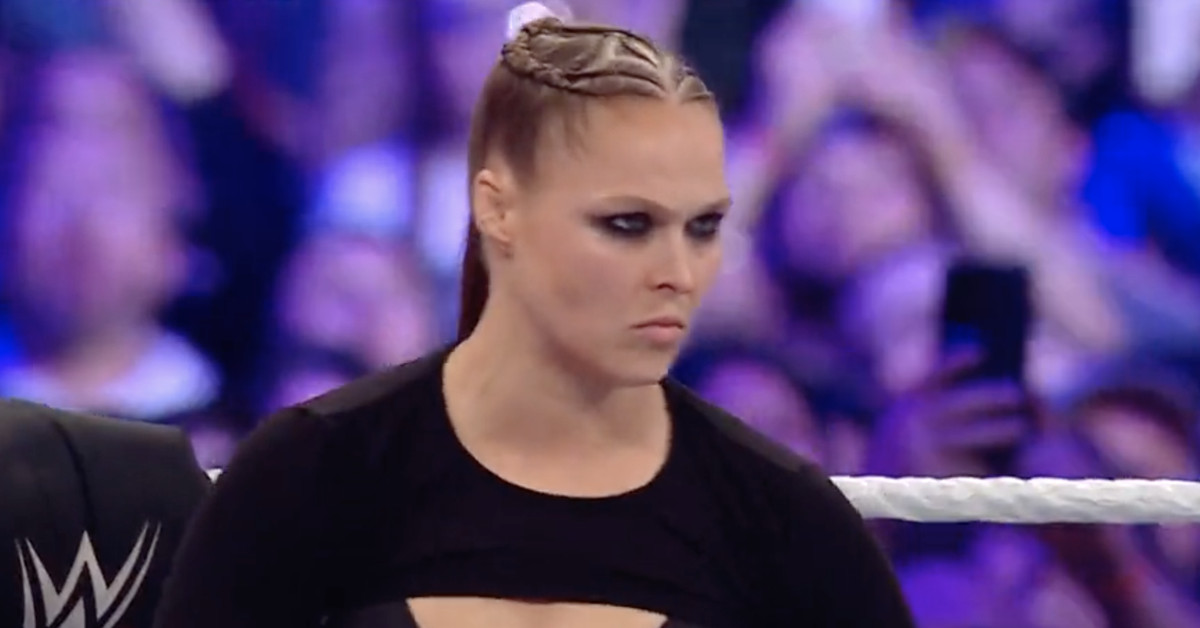 Rumors surrounding the former UFC women’s bantamweight champion coming back to professional wrestling have been swirling for weeks, but Saturday night marked her first appearance in the promotion since 2019.

Rousey’s return came on Saturday at the Royal Rumble, where she was one of the final entrants in the over-the-top-rope battle royal. She ultimately won the match by eliminating Charlotte Flair (whose real name is Ashley Fliehr).

The win propels Rousey into the main event at WrestleMania 38, which will take place on April 3 at AT&T Stadium in Arlington, Texas.

That also confirms Rousey will make a full return to professional wrestling rather than just a one-off appearance in the Rumble, which often features superstars from the past who show up just for that particular event.

Rousey first appeared in WWE at the Royal Rumble back in 2018, which marked her move into pro-wrestling following the conclusion of her time in the UFC with back-to-back losses to Amanda Nunes and Holly Holm.

Prior to those losses, Rousey was considered one of the most dominant forces in all of MMA after she reigned as champion for six consecutive title defenses including victories over Cat Zingano, Miesha Tate and Sara McMann.

After making her debut in WWE, Rousey immediately became one of the biggest stars in the promotion, which eventually led to her headlining WrestleMania 35 in 2019. On that night, Rousey lost her title in the main event, which precipitated her exit from the organization. She then started a family with her husband, UFC heavyweight Travis Browne.

Rousey gave birth to her daughter La’akea Makalapuaokalanipõ Browne this past September.

Now, she’s back in WWE with Rousey making an immediate impact with her Royal Rumble win in order to headline WrestleMania later this year.