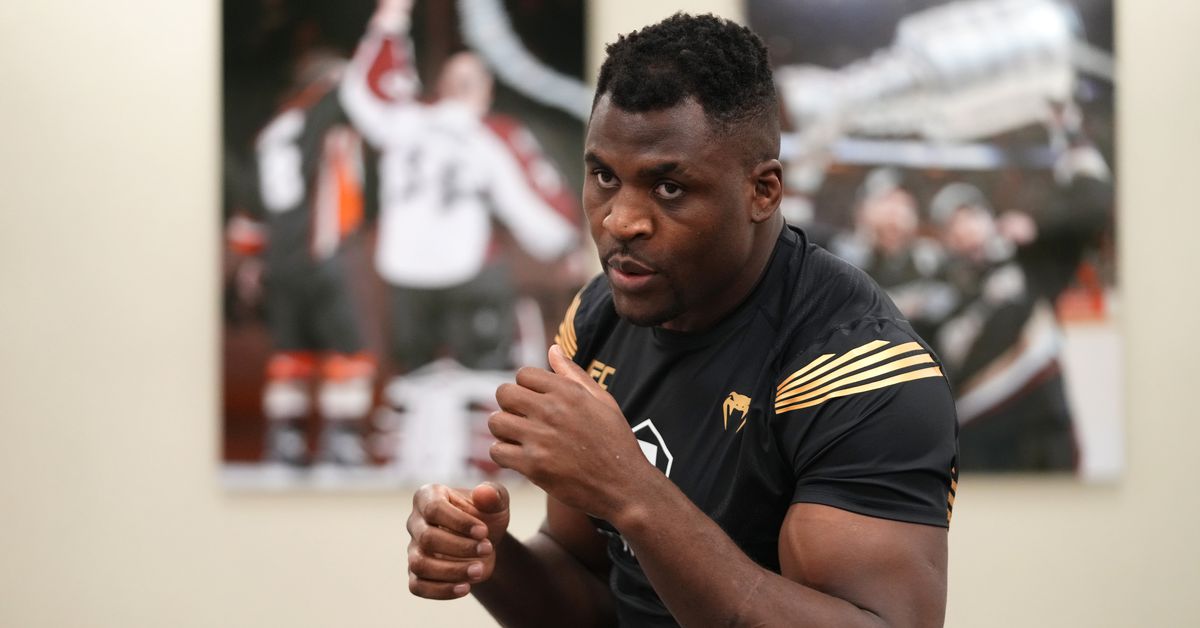 In case you haven’t been paying attention, the relationship between the UFC and their heavyweight champion Francis Ngannou is seriously on the rocks. How bad is it going? Well, the promotion threatened to sue Ngannou’s manager hours before Ngannou was set to step into the cage against Ciryl Gane at UFC 270. The crime? Speaking to YouTuber turned boxer Jake Paul’s manager Nakisa Bidarian.

You don’t have to be a serious student of the fight game to understand the kind of pressure Ngannou was already under coming into UFC 270. A lot was riding on this fight. It was the last fight on his current UFC contract. It turned out Ngannou was basically fighting on one leg due to a bad knee injury. And suddenly he had the added stress of the UFC coming after him legally.

Doing that to your own heavyweight champion on fight night? That’s messed up.

It’s stuff like this that gives Jake Paul ample ammunition to fire at the UFC and president Dana White, making them look like the bad guys. And Paul has made it clear he’ll fire every bullet he can get.

“Dana White is too busy sending out lawsuit threats to his heavyweight champions minutes before they enter the cage to fight another man,” Paul wrote in a statement to MMA Fighting. “I think he actually sent my partner [Nakisa Bidarian] the same thing at 9 p.m. that night when Dana’s supposedly being president at his big PPV event for a public company.”

“Imagine if [NBA commissioner] Adam Silver sent a lawsuit to Lebron James minutes before he took the floor for the NBA Finals, then, refused to present him with the NBA championship trophy after he won. It’s pure disrespect to the athlete and the sport.”

It certainly puts into perspective what a bizarre twilight zone mixed martial arts fans exist in that this kind of behavior barely generates surprise any more. Dana White’s reputation as an effective leader of the UFC comes along with a nasty reputation as a vengeful enemy you don’t want to cross. Fighters and rival promotions alike have learned to their detriment what happens when they get on his bad side, and for the last 20 years few have gone tête-à-tête with White and come out on top.

That’s a big part of what makes Jake Paul’s war with White so fascinating. Lawsuits notwithstanding, Paul exists largely outside White’s sphere of control. His newly released diss track is just one more sign that he’s not letting up on the offense. But it’s his stated goal of buying into the UFC via stocks that’s really interesting.

“My fund has invested in his company’s stock and I will be working to expose his constant exploitative practices, starting by putting out this song with all proceeds going directly to fighter causes.”