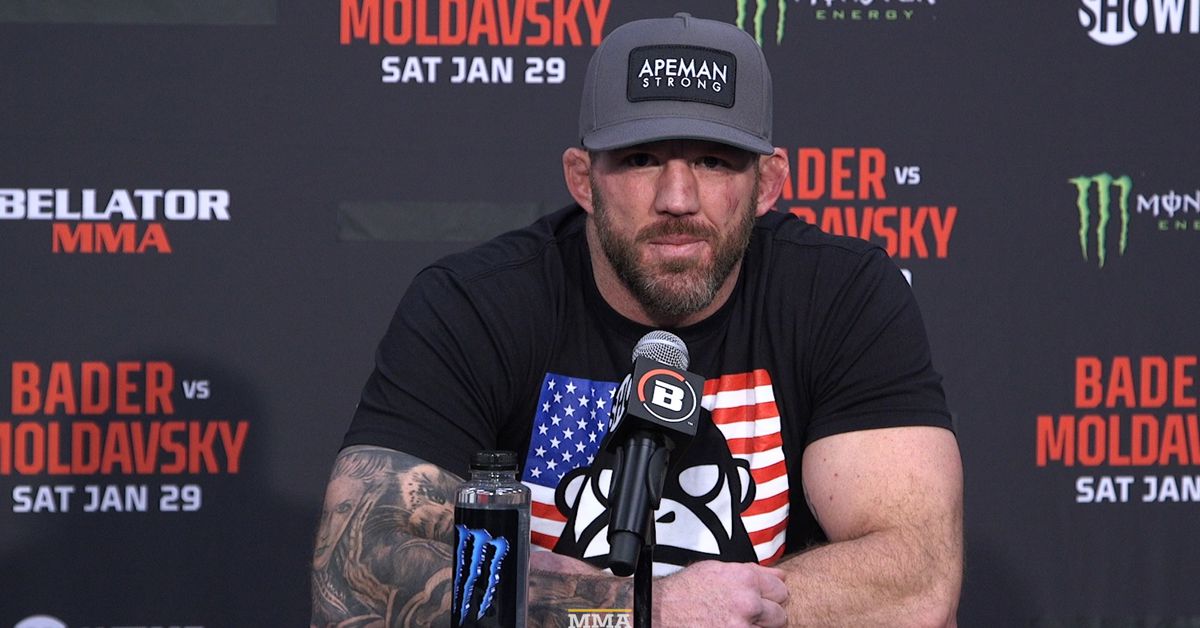 PHOENIX – Bellator heavyweight champion Ryan Bader is fired up after facing off with Cheick Kongo after his main event win at Bellator 273.

After outpointing interim champ Valentin Moldavsky three rounds to two on Saturday, Bader revealed what Kongo had to say to him about their rematch, which headlines Bellator Paris in May.

In 2019, an accidental eye poke brought Kongo’s first fight with Bader, who’d just won the heavyweight title by running the table in the Bellator heavyweight grand prix. Kongo apparently hadn’t forgotten about the circumstances that led them to a second meeting, or the delay in getting there.

“I always wanted to get that fight back,” Bader told MMA Fighting at the Bellator 273 post-fight press conference. “And he was talking so much sh*t from after I poked him in the eye. I’m like, ‘Dude, there’s video of you wincing, and it’s in your nose.’

“Then, again, he came up [tonight and said], ‘Nice fight, but I’m going to beat your ass in Paris,’ and all this bullsh*t. So, yeah, I like that fight.”

Slowed by the global pandemic, Kongo returned to the cage in October 2020 and lost a split decision to Tim Johnson. But a submission win over Sergei Kharitonov this past August put him back on the title radar, and Bellator seized the opportunity.

“I’ve been asking for that fight forever,” Bader said. “I wanted to run that back before I was going to light heavyweight, but now we get to do it.”

After a rocky run at 205 pounds that cost him the title, Bader is committed to a future at heavyweight. For a while, he thought he might be the final opponent of Fedor Emelianenko, whom he knocked out in 2019 to win the heavyweight title, in the former PRIDE champ’s retirement fight in Russia.

Instead, he gets to settle another score.

“That’s a left turn right there,” Bader said of the fight in Paris. “I thought for sure it was going to be Fedor in Russia. But yeah, unfinished business.”

Volkanovski on Islam fight: ‘People have forgotten what I have accomplished’
Report: Islam Makhachev Confirms Khabib’s Status For UFC 284
Friends And Instagram Buddies?!?
Jake Paul vs. Tommy Fury official for Feb. 26 in Saudi Arabia
Pereira Vs. Izzy 2, Masvidal Vs. Burns Headed To UFC 287