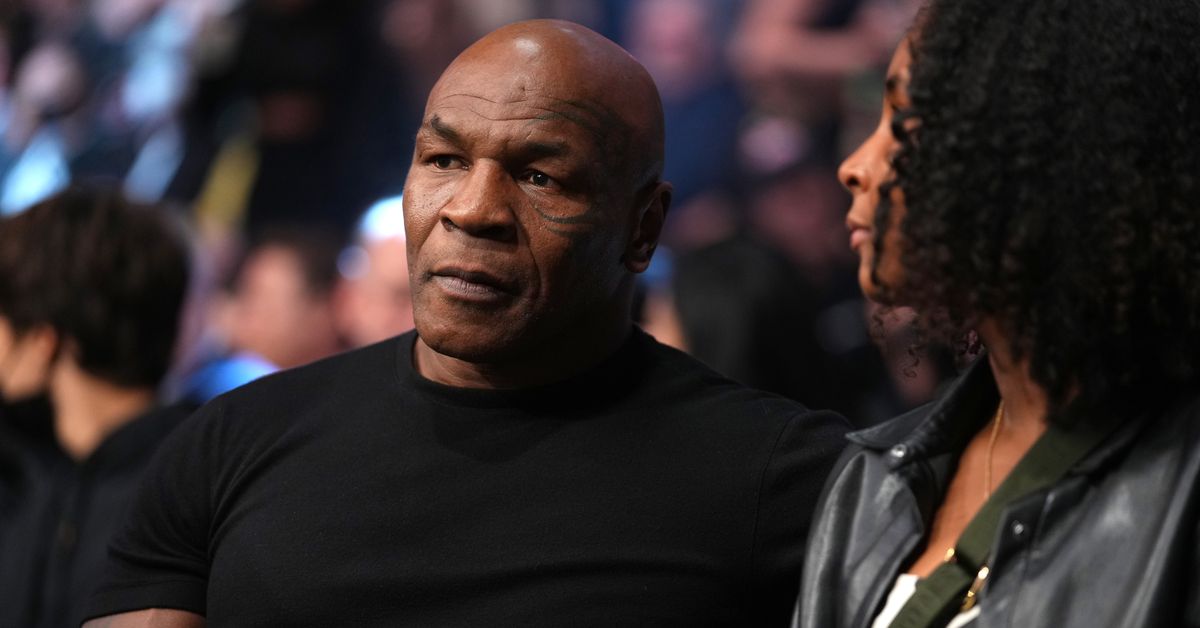 Those hoping to see Mike Tyson continue his boxing comeback are likely to be disappointed. “Iron Mike” himself sounds like he’s feeling too old and just too fed up with the game to step back into the ring.

Tyson showed up on a recent episode of the Nelk Boys alongside UFC president Dana White to talk about his new weed strain Tyson 2.0 and a variety of other topics. But of course his boxing future was the first thing to be asked about, specifically rumors that he’d be fighting one of the Paul brothers.

“You know something that’s interesting,” Tyson said. “I think it was Jake, the youngest one.”

Tyson said they never got past the casual talking stage of a potential fight before revealing he’d lost his fire for fighting again.

“I’m not even interested in doing this stuff,” he said. “It was just fun at first. If it was back when I first started, yes, and we were both fighting on the same card and both active, yeah, we could do it. But it just turned … it just turned bad. It didn’t turn out right.”

“Every, they say it’s 10, but it’s like every 12, or 13 months … boom, something’s missing,” Tyson said. “Like something’s missing. I give it to … boom, I’m losing muscle mass. Boom, it’s something. It’s always something different. And I don’t know, I’m just … guys want to fight me for 100 million bucks. I don’t think I’ll ever do stuff like that any more.”

“I wanted to do it the first time just for fun to have fun and then some people took it to another level and made it financial, and then the fun went out of it.”

At this point Dana White jumped in to say he didn’t want to see Tyson fight again.

“I don’t think I will either,” Mike replied. “But you never know, again.”

A big part of Tyson’s frustrations may have to do with the promotional partner for his first comeback fight against Roy Jones Jr., Triller. After that bout, Tyson tried to split from Triller but ended up getting sued. At one point “Iron Mike” accused Triller of not fully paying him his full purse, although on the podcast he said he’d gotten “most of it.”

“But still a bunch of it is held up … I can’t even say anything about that,” he said. “But yeah it was really tricky.”

“Yeah they should call them ‘Tricky’ instead of ‘Triller,’” White suggested.

Leon Edwards will give Jorge Masvidal a title shot if Masvidal wins at UFC 287: ‘Let’s get in there and settle it once and for all’
Watch BROADENED HORIZIN — Feat. Dodson, Inoue, Motoya
Sources: Vera-Sandhagen fight shifts to March 25
UFC champ got BACKSTAGE ANGRY after UFC 283 win, Islam Makhachev confirms Khabib out of UFC 284!
Mike Perry to act as back-up for Tommy Fury in Jake Paul fight