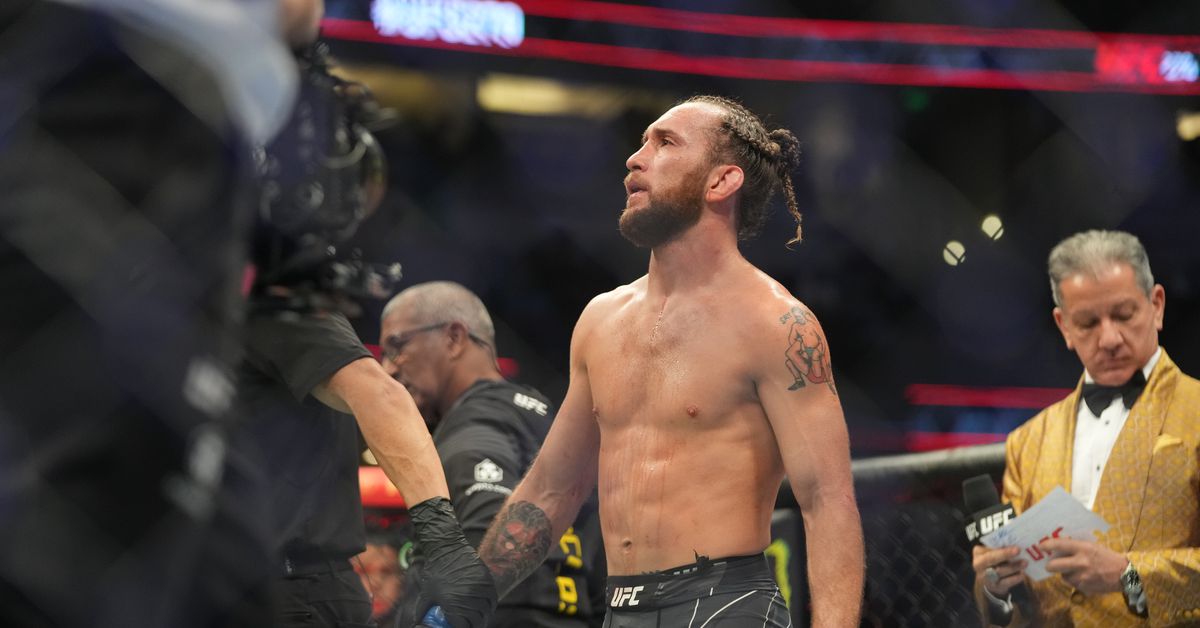 Victor Henry’s performance against Raoni Barcelos had a lot of people buzzing in the aftermath of UFC 270, including Joe Rogan.

Henry made his promotional debut against Barcelos and — as the biggest betting underdog on the card — swept the judges’ scorecards en route to a unanimous decision win this past Saturday night in Anaheim, Calif.

On Sunday, Rogan, who served as one of the event’s color commentators, reacted to the card as a whole, but used his gigantic social media platform to give Henry some extra shine.

That meant a lot to Henry, especially since he had run into Rogan nearly two decades prior at a gym in Los Angeles.

“That was legit, and like I said [in the post-fight interview], he didn’t realize — and a lot of people didn’t know — it was 2005, 2006, and me and my other friend Juan, we go to Legends Mixed Martial Arts Academy in an elevator, and Joe Rogan and Eddie Bravo walk in,” Henry told MMA Fighting. “Me and Juan are like, ‘Oh, hey,’ and they have no idea who we are. Why would they?

“But we had been watching the UFC for a little bit [back] then and we’re like, ‘Holy crap, that’s them.’ Then getting to meet Joe Rogan later on in life — and Joe and I have a lot of mutual friends because of that gym and he knows a lot of people that I know — it was just fleeting that we never got to meet officially. Having him with all his success all these years later, and then putting me over the top like that, that was awesome.

“I even got a shoutout from Chris Pontius from Jackass. That’s legit, too, because he’s part of my childhood too.”

Check out the video above as Henry recapped the victory, discusses the media needing to pay attention to prospects outside of the UFC, what Josh Barnett said to him after the win, when he wants to return, and more with MMA Fighting’s Mike Heck.