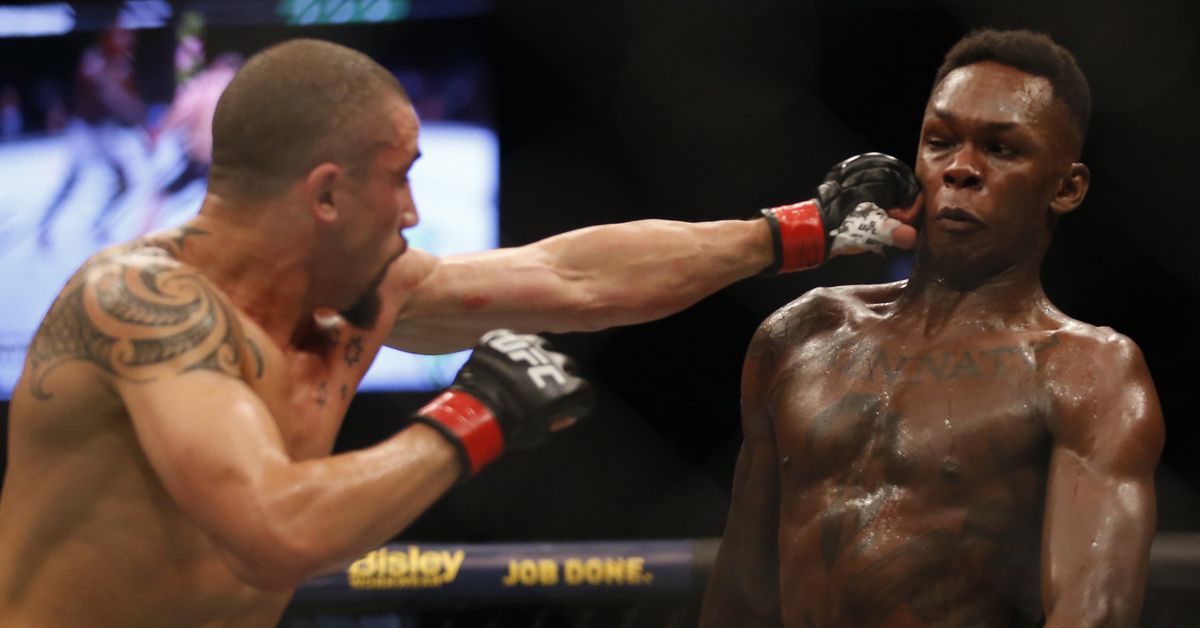 Israel Adesanya says he had Robert Whittaker figured out before they faced off in the octagon for the first time.

Whittaker has blamed “ego” for his knockout loss to Adesanya almost three years ago. He’s vowed to return a different fighter, but the champ sees the same result ahead.

“It was his ego last time, but I called it from the fight,” Adesanya said in an interview with his sponsor Stake before his UFC 271 rematch with ex-champ Whittaker. “I said at the time that he is acting out of character, and I also said he is not being himself.

“People kept saying what a good guy he is, but trust me he’s not. You don’t see that behind the scenes. And now he’s admitted it was his ego that got the best of him – well I told you so, he should have listened to me!

“What else can he say? He said after the fight that it was the best he’s ever felt, well I do not forget that. If he can get better, he’ll have to bring the best again, and I will beat him again.”

Whittaker has fought back into title contention with wins over top contenders Darren Till, Jared Cannonier and, most recently, Kelvin Gastelum. Adesanya, meanwhile, successfully returned to the middleweight division with a second win over Marvin Vettori after falling short for the light heavyweight title then held by Jan Blachowicz.

Oddsmakers have Adesanya a significant favorite to retain the belt after his return to form.

“My prediction is that I am going to f*ck Whittaker up, again,” Adesanya said. “He can’t stand with me, so I know he will be forced to grapple. Last time he said Kevin Gastelum has given the blueprint on how to beat Adesanya,’ and now he’s saying ‘Jan has given the blueprint’…. he needs to write his own blueprint. If he wants to copy someone else’s work, then by all means try, because it went so well last time for him when we fought.

“Whittaker may have learnt from his mistakes from last time for maybe a round or so, but then trust me, he will revert back to those errors. Once he feels what he felt last time, he won’t know where to turn. Also, he didn’t even grapple with me last time, he didn’t really feel me. You can ask any of my previous opponents, they will tell you. So once he feels me in a grapple, then he will get shook again.”

With a recent win under his belt, Adesanya proved a point to himself that he was still the force he believed himself to be. His new goal is to establish his dominance at 185 pounds before thinking about other challenges.

““When I beat Whittaker, I honestly don’t have any immediate plan on what to do next,” he said. “I am just going to keep doing what I am doing at 185, line them up and knock them down. And once I’ve lapped the division on my terms, then I might step up and do another side mission at a different weight.”

One matchup that’s been spotlighted early is a meeting with Alex Pereira, who knocked out Adesanya in kickboxing. The champ is open to the matchup, but not until Pereira has proven himself a contender.

“In terms of fighting Alex Pereira, he has only had one fight, so it’s a bit premature yet,” he said. “Let’s see how he does in other fights, but I do look forward to that arc in my story.”