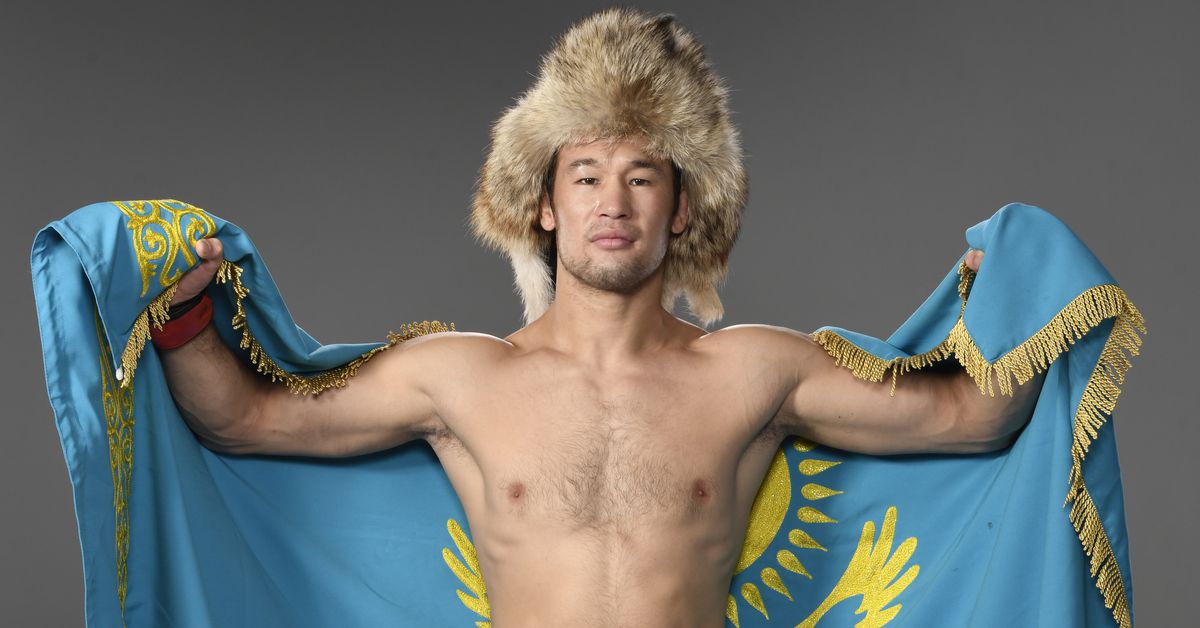 This weekend (Sat., Feb. 5, 2022), Ultimate Fighting Championship (UFC) will return to UFC Apex in Las Vegas, Nevada, for UFC Vegas 47. Have you been feeling the effects of the relative UFC drought a month into 2022? Well, fret not, because this weekend’s event begins a 14-week stretch of consecutive cards! Saturday night’s card definitely leans more towards action than big names or title implications, but that’s become something of a UFC Apex trademark, and often, these smaller nights of combat provide great entertainment.

Before Sean Strickland and Jack Hermansson meet in the main event, four match ups of action fighters and prospects are set to go down on the main card. Let’s take a closer look at these donnybrooks:

Best Win for Rakhmonov? Alex Oliveira For Harris? Michel Pereira
Current Streak: Rakhmonov is undefeated at 14-0 (two inside the Octagon), while Harris has also won two UFC bouts in a row to extend his current win streak to five
X-Factor: Can Harris land takedowns?
How these two match up: This is a kickass Welterweight showdown between very skilled unranked fighters.

Stop me if you’ve heard this one before: an undefeated Combat Sambo specialist from Eastern Europe seems like a major problem for his division. The former M-1 champion has finished each of his opponents before the final bell, and damn if the 6’1” Welterweight doesn’t seem like he should have more hype behind him.

Fortunately, Harris is no scrub himself. A top position specialist with heavy hands and slick submissions, the Brazilian took the long road to the Octagon, accruing plenty of experience against high-level competition. An 11-year pro at 34 years of age, Harris is trying to make the most of a relatively small window, but he’s done well so far.

Harris is a quality fighter, but at the moment, it seems fairly impossible to pick against Rakhmonov until he shows some kind of weakness. He’s been fairly perfect in both of his UFC wins, and the came against tough, experienced fighters. He’s a highly skilled finisher that seems like a title threat right now, although he still has to prove himself further before such opportunities arise.

Hopefully, Harris’ skill and experience is enough to really challenge Rakhmonov, but I wouldn’t even count on that.

Best Win for Alvey? Rashad Evans For Hawes? Nassourdine Imavov
Current Streak: Sam Alvey is WINLESS THROUGH SEVEN FIGHTS, while Hawes came up short last time out
X-Factor: Hawes’ durability
How these two match up: I am genuinely shocked that, once again, I have to officially predict Alvey to lose another fight. Each time I was confident it would be the last, yet here we are again.

Alvey still has some positives left in his game. He is a better Middleweight than Light Heavyweight. His signature punch, the counter right hook, still lands with a deadening thud. His takedown defense is solid enough.

If that punch doesn’t land though, Alvey doesn’t throw much, and the result is often a slog.

Despite a massive gulf in experience, Hawes is just two years younger than Alvey. He’s worlds more athletic, however, a very powerful striker with a great wrestling base to fall back on. Unfortunately, he tends to get hurt any time he gets touched, which is worrying against an accomplished knockout artist.

The recipe for an Alvey check hook knockout is there, but I will not pick it. The man has lost all these fights for a reason: he does very little to actually attack his opponents. Hawes may be quite hurtable, but he has so many paths to victory. He might just be able to overwhelm Alvey with pure power, but if he needs a safer option, merely jamming Alvey into the fence has been proven a very viable option.

Hawes should clearly win this fight, one way or another.

Best Win for Battle? Gilbert Urbina For Gore? Also Gilbert Urbina (but on TUF)
Current Streak: Battle won his UFC debut and TUF to cap off a five-fight win streak, whereas Gore is 3-0 as a pro
X-Factor: Gore is less experienced and making his UFC debut
How these two match up: This was the original match up for the TUF 29 Finale, but Gore injured his knee and was replaced by Urbina.

Battle is a solid grappler. He’s finished a majority of his victories via submission, grinding his foes down with takedowns before jumping on the neck. Gore, alternatively, seems the greater physical talent. He’s quite quick on the feet, firing fluid kicks from distance and hunting for big power shots when his opponents try to close the distance.

This appears a classic striker vs. grappler match up. Against the faster man and former Light Heavyweight, Battle is likely to struggle for his takedowns early on. If he can weather the storm, however, he may be able to turn the tides later in the fight and gain top position.

That’s a tall ask, however. Gore strikes with more composure than his record would suggest, and he seems able to maintain that pace for three rounds. Plus, if Battle really tries to make it ugly and takes big chances, he may just run into a huge shot.

Best Win for Erosa? Sean Woodson For Peterson? Chase Hooper
Current Streak: Erosa won his last bout, while Peterson has won two in a row
X-Factor: Erosa really seems to be finding his stride at the moment
How these two match up: Is a scrappier match up even possible at 145 lbs.?

After quickly washing out in two attempts at the UFC roster, Erosa has carved out a position for himself in his third try. He’s won three of his last four, defeating some very talented Featherweights in the process. Erosa is the classic combination of funky, off-beat kickboxer with slick jiu-jitsu, meaning he’s very much an opportunist who remains dangerous even when the momentum is against him.

Peterson, meanwhile, is a hard-nosed grinder. The jiu-jitsu black belt doesn’t often have the wrestling skills necessary to outright dominate his foes on the mat, but he’s plenty willing to take a shot to give one, and he’ll keep pressing forward until he’s able to turn the tide.

Peterson may be able to land a couple takedowns, but I don’t see him holding down Erosa for too much time. “Juicy J” has been in there with top-notch fighters for a long time, so a fairly straightforward wrestling attack shouldn’t be foreign to him. Most likely, a majority of this contest takes place on the feet, where Erosa has a considerable advantage … provided he doesn’t get cracked with an overhand.

All in all, distance combinations and kicks should keep Erosa in control.