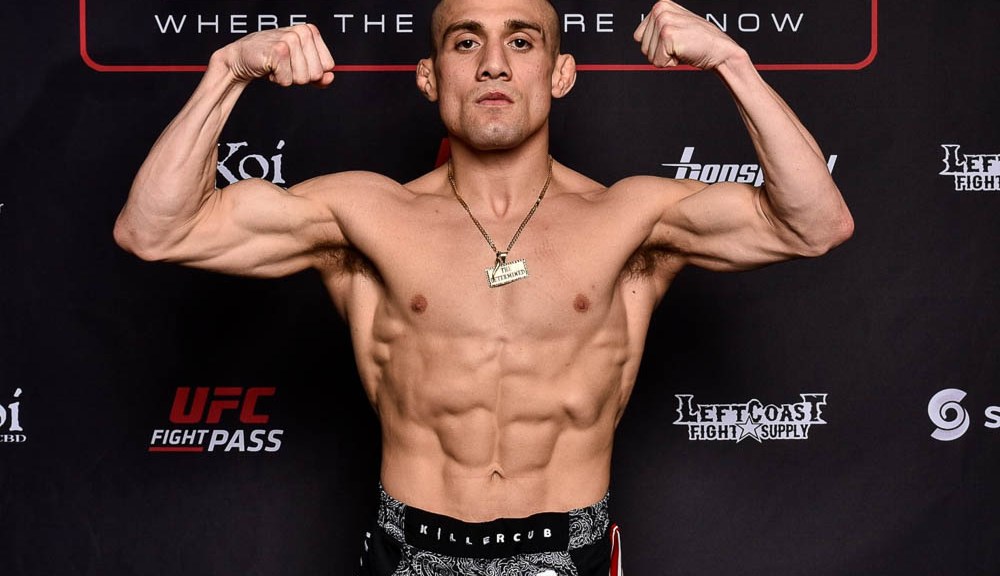 Legacy Fighting Alliance returned to action on Friday evening with its first event in February.

LFA 123 took place at the Horseshoe Hammond Casino in Hammond, Ind., featuring a six-fight main card of fights, headlined by a clash of bantamweights putting their undefeated records on the line. “The Ultimate Fighter 29” competitor Daniel Argueta faced Mairon Santos in what promised to be an exciting scrap.

Argueta (7-0) secured a takedown quickly to begin the fight and began imposing his will with strong grappling. While changing positions to maintain top position, the TUF veteran found opportunities to land hard punches on Santos (12-1), who did his best to limit damage throughout the round. The opening frame was dominated by Argueta from beginning to end.

After landing a couple of crisp strikes early in the second round, Argueta quickly went back to his grappling game and put his opponent on his back again. Moments later, Argueta got to full mount and began raining down hard strikes. Santos survived, but was largely dominated on the mat for the second straight round.

The final round was more one-way traffic. Argueta quickly secured another takedown and began raining down strikes from top position. The referee would finally stop the action at 2:40, notching the TKO win for Argueta, who maintains his undefeated record.

The co-main event of the evening would see Askar Askar follow up his main event win at LFA 118 with a hard-fought unanimous decision victory over Ryskulbek Ibraimov. Askar, who was once signed with the UFC but never competed due to medical issues, made another case for a shot on the big stage.

The main card results of LFA 123 include: