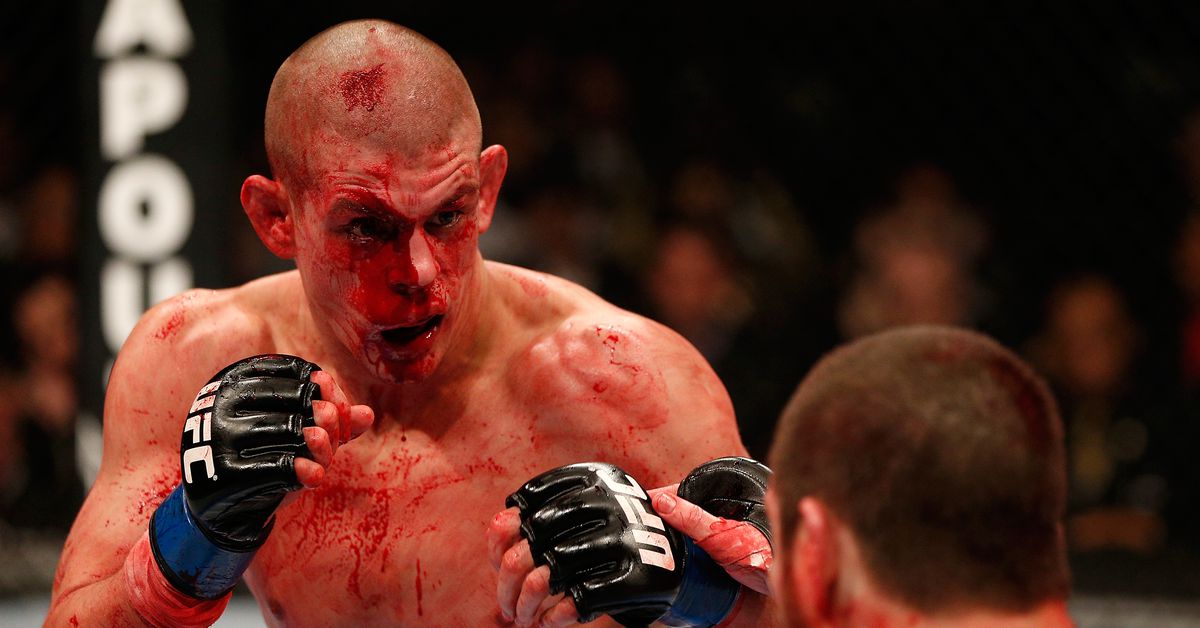 On a lot of levels, Joe Lauzon vs. Donald Cerrone is a fight that simply makes sense. The two were recently booked for an April showdown, and the two veterans are at a similar point where either is likely to walk away after this match up, win or lose. It’s a lot more fair of a match up than being sacrificed to the newest young contender, a style of matchmaking that has some vets looking for greener pastures.

However, that doesn’t mean it was definitely going to happen. Speaking with MMAJunkie, Joe Lauzon revealed that while the “Cowboy” fight excited him and felt like the correct move, he ultimately left the decision up to his team.

“I had to ask my coaches when they offered the fight, ‘Do we want to fight ‘Cowboy’?’” Lauzon said. “They all liked the fight, they all think it’s a good matchup. But then, OK, let’s say ‘Cowboy’ is out altogether, should I be fighting at all?”

Complicating the matter further was Lauzon’s previous performance, a first-round knockout win opposite Jonathan Pearce — a genuine prospect — in his home city of Boston, Massachusetts. That win snapped a three-fight losing streak and would have been a pretty perfect way to ride off into the sunset, but Lauzon instead opted to try at least once more.

“My last fight was awesome,” Lauzon continued. “If that were my last fight that’d be a great career and could’ve been the end of it and I would’ve been happy going forward. So if you guys think I shouldn’t fight, then we don’t have to do that. But if you think I should roll the dice one more time, then we can do that too. And we decided to take the fight. … We rolled the dice, we’re back on the same boat. I should know better and I should know when it’s the last one, but I don’t think I’m ready to say that.”

22-year-old Tatsuro Taira was the highest ranked unsigned Flyweight in Japan, but the Shooto veteran has joined the UFC roster!

This is indeed a badass throwback of the women’s Flyweight strap-hanger.

Darren Till is back on the ‘gram if you missed his particular brand of social media tomfoolery.

Anthony Johnson defends Francis Ngannou, fires back at Bruce Buffer (who gets paid far, far more than 99% of the athletes).

Gustavo Lopez is getting cut off a draw after fighting Merab Dvalishvili on short-notice and losing to Adrian Yanez … Rough.

Even in grainy black and white footage, these punches THUD!

If you’re on the regional scene and agree to fight an All-American wrestling from AKA, well … you better be pretty elite.

Paddy Pimblett may have all the hype, but Mason Jones is the UK Lightweight to keep an eye on.