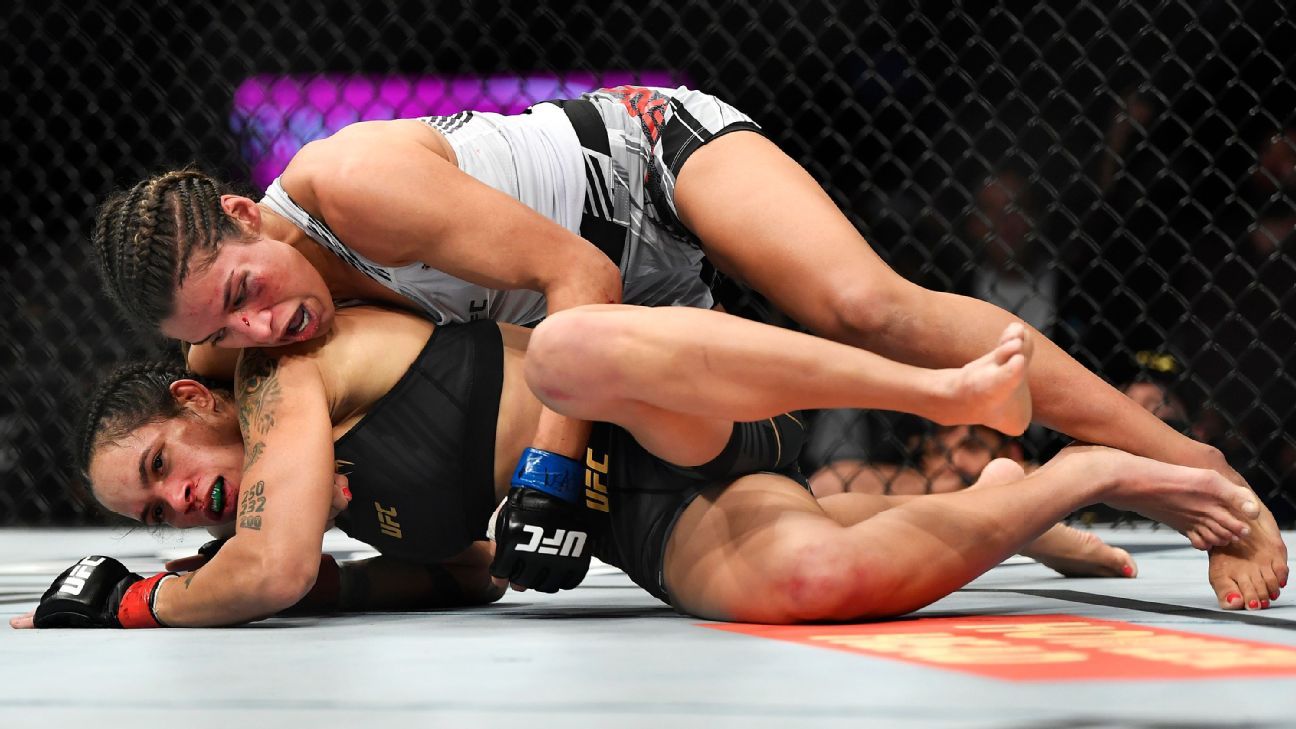 The rivalry between Julianna Peña and Amanda Nunes is just getting started.

Peña, the UFC women’s bantamweight champion, and Nunes, the woman whom Peña beat for the title, will coach against one another on the 30th season of The Ultimate Fighter reality series, it was announced Friday.

Peña and Nunes will then fight in a rematch for the belt following the conclusion of the show on a date yet to be determined.

“To be able to give back to the next generation and help this next generation of fighters cropping up in the UFC is an honor and it’s something I always wanted to do,” Peña said Friday in an interview on SportsCenter. “So, I feel incredibly blessed for the opportunity.”

The Ultimate Fighter 30 begins filming this month and will debut May 3 on ESPN+. This season of the show will feature 16 fighters — eight from the heavyweight division and eight from the women’s flyweight division. Competitors from each division will compete in a tournament, with the finals taking place this summer in Las Vegas. The winner of each division will earn a six-figure UFC contract. The TUF 30 heavyweight tournament will include Mohammed Usman, the brother of UFC welterweight champion Kamaru Usman.

Peña (11-4) pulled off a huge upset when she finished Nunes via third-round submission at UFC 268 in December. The Washington native, who trains out of the Chicago area, has won two in a row and seven of her past nine bouts. Peña, 32, will come full circle coaching on the show. She was the first female winner of The Ultimate Fighter in 2013 on TUF 18.

“This is my chance to hush the naysayers,” Peña said. “I’ve always been in this situation where I’m the underdog and no one believes in me. This is another chance for me to put people on notice that I’m in this division and I’m here.”

Nunes (21-5) is regarded as the best women’s fighter of all time. The Brazil native, who trains out of Florida, won 12 straight prior to the Peña loss two months ago. Nunes, 33, owns victories over the likes of Ronda Rousey, Cris Cyborg and Valentina Shevchenko. She is also the UFC women’s featherweight champion, one of only four fighters in UFC history to hold two titles in two different divisions concurrently. “She really deserves it,” Nunes said of Peña winning the title. “And we’re gonna see each other soon. I’m happy to step in the cage against her again to do things 100 percent like I’m supposed to be.”