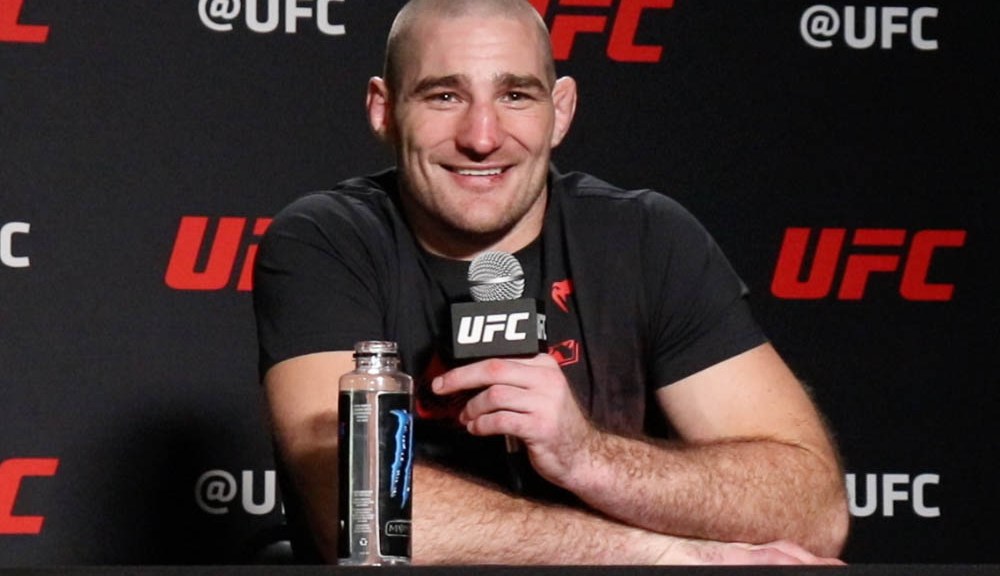 LAS VEGAS – Sean Strickland prides himself on being a “killer,” but Saturday he went the distance in Las Vegas – and that bothers him.

“You know what it is, man? I let the pressure get the better of me,” Strickland told MMA Junkie at a post-fight news conference. “I knew I was better than him. You guys knew I was better than him. He was a guy that I should have, maybe not finished, but he should’ve been more bloody and messed up after the fight. But he wasn’t. That was because I took my foot off the gas. I just coasted through that fight. I don’t really even think I was trying that hard. I kind of sucked, but it is what it is. That’s what you get for being a p*ssy. No bonus for me.”

The headlining bout wasn’t Strickland’s first in the promotion. By “pressure,” he didn’t mean the media or fan attention, he said. He meant the important people behind the scenes putting out feelers about a potential title opportunity in the not-so-distant future.

“I’ve got a lot of fancy f*ckers wearing suits, and they come up and talk to me about title fights and things of that nature,” Strickland said. “You hear that all the time and you start thinking, ‘Do I really want to risk getting knocked out when I can go for a title fight?’ So I let the fancy folks in the suits throw me off a little bit. But it won’t happen again.”

Strickland said he’s a company man and will turn around whenever matchmaker Mick Maynard calls him. Against who? Will it be a title shot? Strickland gave his perception of the lay of the land.

“At the end of the day, if f*cking ‘Izzy’ (Israel Adesanya) wins, man, unless (Jared) Cannonier wins, he’s ran through the division. Come on, let’s get some fresh blood in. We don’t want to see another repeat. Let’s have one white trash motherf*cker take a crack at it.”