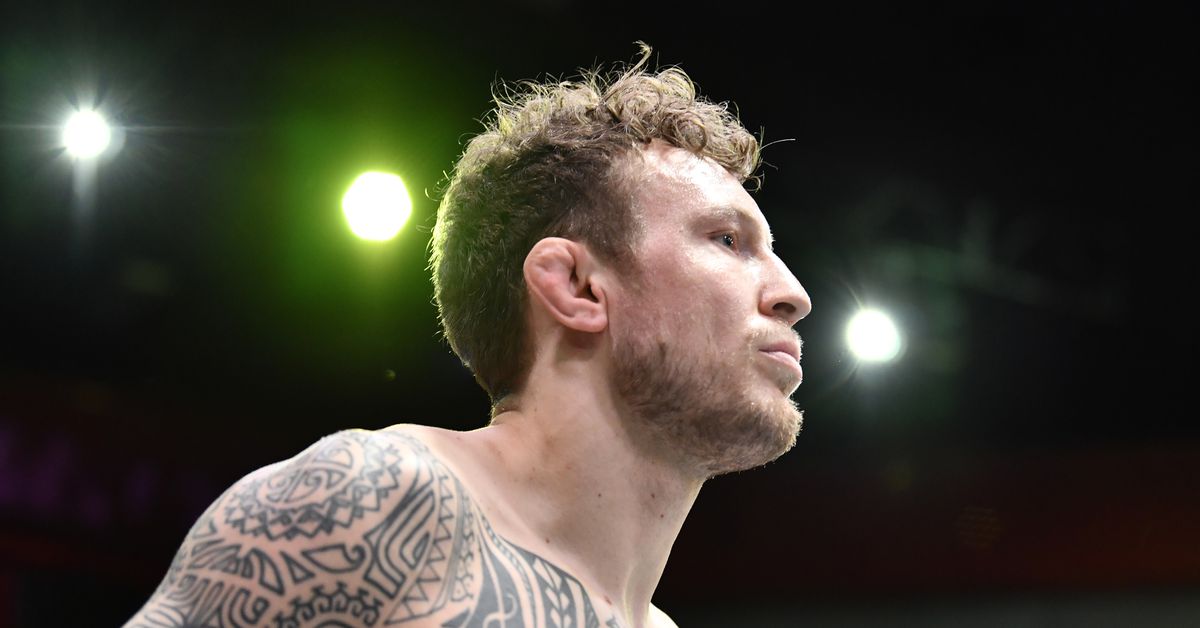 Another action-packed weekend of fights has come and gone with UFC Vegas 47 blowing the roof off UFC Apex last Saturday night (Feb. 5, 2022) in Las Vegas, Nevada. Plenty of fighters were sent home feeling the post-fight blues including Sam Alvey, who suffered his seventh loss in last eight fights after getting submitted by Brendan Allen (see it).

Also, Carlston Harris is still trying to shake the cobwebs after he was knocked out by Shavkat Rakhmonov (highlights), while Marc-André Barriault is trying to figure out what went wrong after he was steamrolled by Chidi Njokuani in just 16 seconds (see it here).

But which fighter is suffering from the worst post-fight hangover, now a few days removed from the show?

After having a great run in mid-2018 to 2019 which saw him win four in a row, “Joker” hasn’t been as consistent with the wins as he would’ve liked. After having a four-fight win streak snapped by Jared Cannonier, Hermansson has gone on to alternate wins and losses to the tune of collecting 2-2 record coming into his fight against Strickland.

And that win-loss rhythm kept going like clockwork after a win over Edmen Shabazyan in his previous outing because he wound up on the wrong end of a split-decision defeat to “Tarzan,” bringing him to a 2-3 mark over his last five fights. And when trying to work up to a shot at the title, that simply won’t cut it.

After the loss, “Joker” responded by showing his poetic side.

“I’m sorry fans, about tonight,” Hermansson posted on Instagram. “I had a bad performance, and I lost the fight. It wasn’t pretty, or technically sound. I couldn’t get the bastard to the ground. Sorry Sean this one went to a decision. Best of luck to murder your next competition.”

Ranked No. 6 at the moment, Hermansson will likely drop a spot or two to make way for Strickland, who is now on a six-fight win streak and on his way up. But “Joker” is a seasoned veteran and he won’t let a small speed bump slow him down.

As far as who he should face next, ideally I would love to see a fight against Paulo Costa. But since “The Eraser” couldn’t hit the 185-pound mark against Marvin Vettori, Dana White stated that the hulking Brazilian would be competing at 205 pounds moving forward.

That said, perhaps a fight against Darren Till is in order. “Gorilla” has seen better days after losing to straight to Robert Whittaker and Derek Brunson, two of the very best the 185-pound division has to offer.

The British brawler is in desperate need of a win. But despite his recent setbacks he is still sitting pretty in the Top 10, holding down the No. 8 spot at the moment. A win over Hermansson would be a great way for him to bounce back. On the flip side, a win for “Joker” keeps him lurking around the Top Five, preventing him from slipping further away from the championship conversation.

Neiman Gracie going back to jiu-jitsu roots for Bellator 290 to ‘bounce back’ after tough losses
Dominick Cruz Ranks his Top Five Title Fights From the WEC Era
Derrick Lewis on PRIME sports drink: ‘I’m not promoting nobody unless they pay me’
Jorge Masvidal Shoots Down Gilbert Burns 5-round BMF Request | The MMA Hour
Winners, Loser From Bellator 290 And UFC Vegas 68