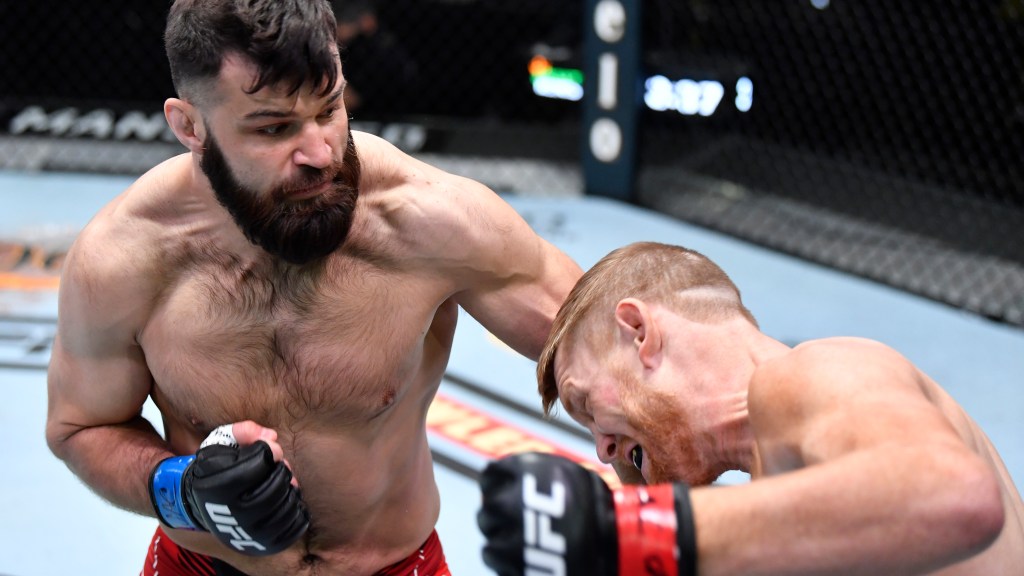 Next week’s UFC Fight Night 201 card suddenly has started to take a few hits to the lineup.

Julian Marquez (9-2 MMA, 3-1 UFC) is out of his middleweight matchup against Kyle Daukaus (10-2 MMA, 1-2 UFC). A person with knowledge of the matchup confirmed the news to MMA Junkie on Tuesday. The person requested anonymity because the UFC has not yet made a formal announcement.

In addition, Austin Lingo (9-1 MMA, 2-1 UFC) is out of his featherweight fight against Jonathan Pearce (11-4 MMA, 2-1 UFC). It is not yet known if Daukaus or Pearce will remain on the card against new opponents.

Marquez has post-fight bonuses in two straight fights. He submitted Maki Pitolo and, most recently, Sam Alvey at UFC on ABC 2 in April 2021. Marquez was scheduled to face Jordan Wright at UFC Fight Night 195 this past October, but the fight was canceled when Marquez withdrew with non-COVID health issues.

Daukaus, a former CFFC middleweight champion, is coming off a no contest against Holland this past October. Originally a submission win for Daukaus, the decision was overturned after replays revealed an accidental clash of heads knocked Holland unconscious and led to the fight-ending sequence.

Daukaus was supposed to fight Holland in a rematch at UFC Fight Night 197 this past November. Holland had to pull out with an injury. Then replacement Roman Dolidze was pulled due to COVID-19 protocols. Now his fight with Marquez, which was booked shortly after the Dolidze cancellation, is off.

With the changes, the UFC Fight Night 201 lineup now includes:

Pound-For-Pound No.1 is on the line in Perth! 😤
“It Got Very Deep Into My Trauma” – Jéssica Andrade Closes OnlyFans Page
‘This is the happiest time for me’: Inside Fedor Emelianenko’s last hurrah in MMA
Luke Rockhold rips Jake Paul fighting Tommy Fury: ‘He’s about as much of a boxer as I am a cricket player’
Leon Edwards will give Jorge Masvidal a title shot if Masvidal wins at UFC 287: ‘Let’s get in there and settle it once and for all’