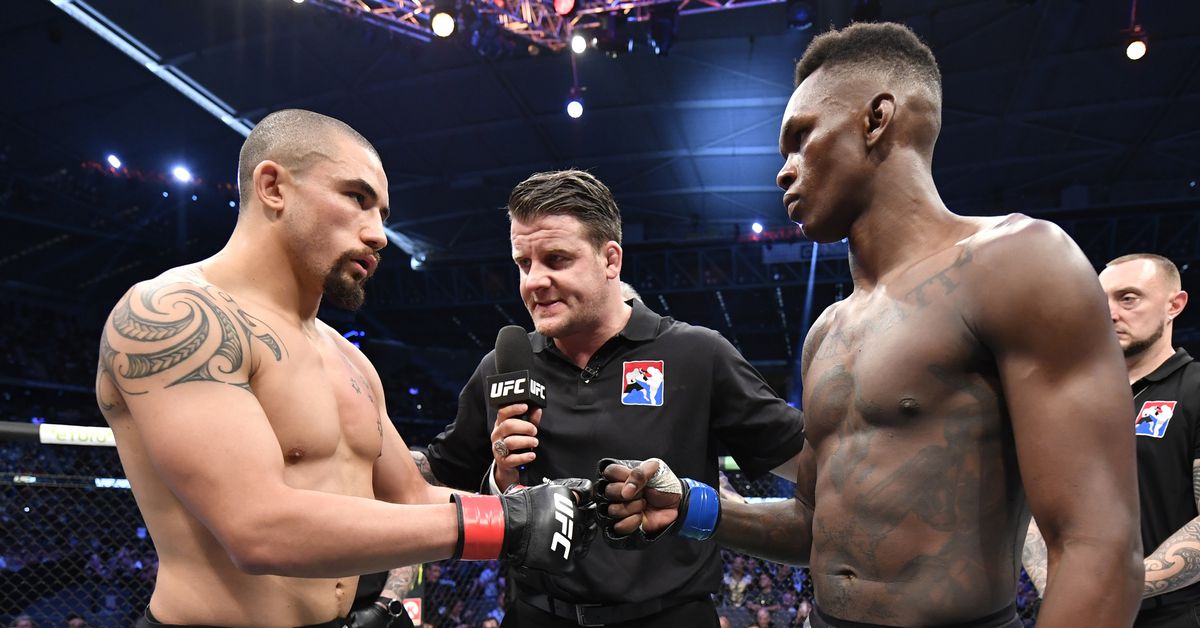 Robert Whittaker is more prepared for the weight that comes with being a UFC world champion heading into his rematch with Israel Adesanya.

Whittaker will challenge Adesanya for the middleweight title in a rematch in the main event of UFC 271 on Feb. 12 at the Toyota Center in Houston. In their first meeting at UFC 243, Adesanya became champion when he knocked out Whittaker in the second round.

“The Reaper” took a lot away from that loss, and while he would love to walk out of the Lone Star State with gold around his waist once again, Whittaker believes he will leave that octagon with his head held high and with a much better effort this time around.

“Moving into this next fight with how happy I am, how satisfied and confident in myself, in my life, and in my career at the moment, I’m gonna go into this fight and give it my absolute everything, the best of everything that I have, and be satisfied walking out of there,” Whittaker said. “That last fight, I guess the overwhelming feeling was dissatisfaction. I was not happy. I was unsatisfied. I feel moving into this next fight I’m going to get that satisfaction.”

Whittaker admits that he may not have been fully prepared for what being a world champion entailed. During his battle back to the opportunity to right the wrong against Adesanya — which includes wins over Darren Till, Jared Cannonier and Kelvin Gastelum — he’s had the time to reflect on his first run with the title.

Other fighters who have held the title such as Rose Namajunas, Anderson Silva, and Demetrious Johnson have been open about life as king or queen of a division, and how losing the title actually created a feeling of freedom in a way. Whittaker can attest to that, along with the growth he’s accumulated since losing the 185-pound belt.

“There’s some similarities for sure,” Whittaker told MMA Fighting. “I am vastly different from the person I was when I had the belt. I’m much happier for it, and I feel much more complete and satisfied with what I’m doing in life now than I was then. I think getting the belt the second time, I’ll have a much better picture of where I want to go with the belt.

“There’s that whole thing that some fighters lose their drive once they reach their target, their goal. And I don’t think I truly had that suffering, I don’t think I suffered from that mentality, but it was a thing. It was an aspect of what I did, because I enjoyed the progression in my career. I enjoyed being [ranked] No. 11, then No. 8, then up to No. 7. I loved that progression, I’m a gamer at heart — in my head, that just appeals to me. I think I needed time to come to grips with the title and how that changed the dynamic. And unfortunately, when you’re at the top, you’re not given a lot of time.”

Since capturing the title, Adesanya successfully defended against Yoel Romero, Paulo Costa and Marvin Vettori. “The Last Stylebender” also looked to make history and become a two-division champion but came up short in his bid to capture the light heavyweight title at UFC 259 this past March, dropping a unanimous decision to then champ Jan Blachowicz.

There’s an old Shakespearean saying, “Heavy is the head the wears the crown,” which in essence is something Whittaker has been thinking about since his first reign came to an end. Should he walk out of Houston with gold around his waist on Feb. 13, Whittaker will be ready for it.

“There is a saying that getting the championship title is much easier than holding it, and I agree because not only are the fights hard, but the external factors of being the champion are much more significant than anything else,” Whittaker continued. “You’re the champ, you’ve got the belt, you know how to fight. The skill sets are high, there’s no doubting that. But you weren’t effected by the same things.

“It wasn’t until I had gotten the belt, and then lost the belt that I took that step aside from the game, sat down and took a deep dive into my psyche, why I’m doing things when I truly understood the way I wanted to do things, and how I wanted to do things, what my real legacy is, what I want people to speak about, how I conduct myself, how I want to effect others. All of that stemmed on a little bit of soul searching after that loss.”