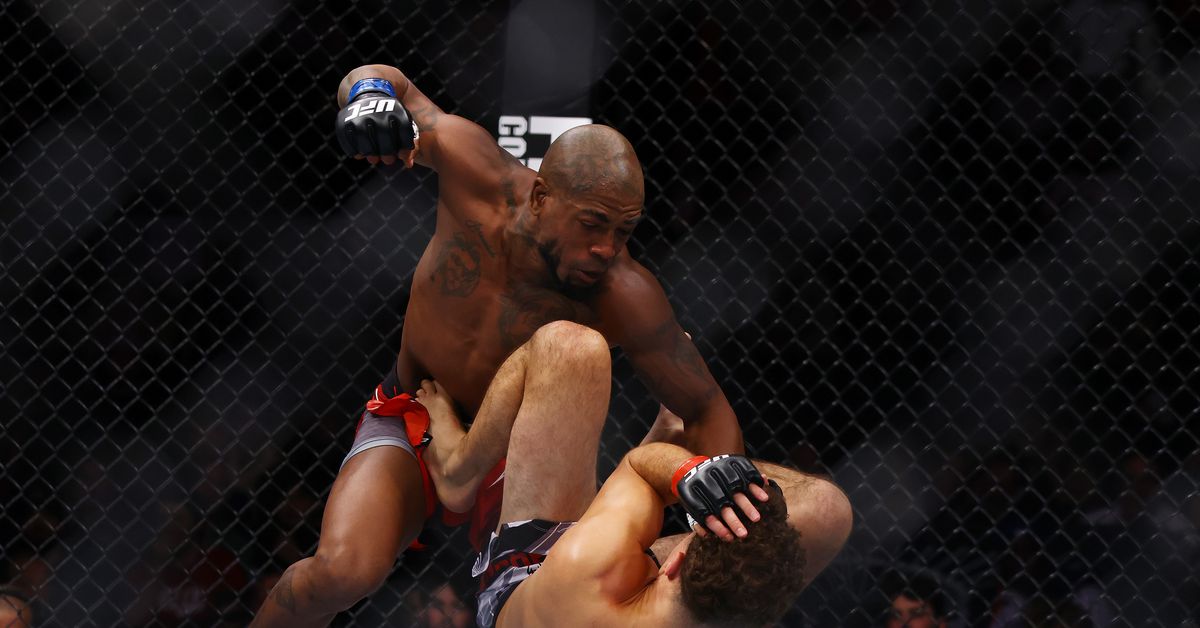 The resurgence of Bobby Green is real! Sure, he’s technically lost two of his last three, but both of those defeats were highly competitive affairs vs. ranked fighters. More important than this win percentage is Green’s activity. Starting in 2020, Green has been able to fight consistently, resulting in quality performances against tough opposition.

Haqparast, meanwhile, seems to have hit a bit of a ceiling. The talented German striker is still just 26 years old, but his last two chances to really break through into the more elite ranks have seen him beaten up. He’s looking to bounce back from one such loss to Dan Hooker in this main card opener.

Keys to Victory: Green has seen it all. The 41-fight veteran has a well-developed skill set that capitalizes on his sharp boxing, slick defense, and underrated wrestling. Historically, Green can compete with just about anyone in any realm, but he does have an issue of matching his opponent’s volume.

In this bout, mixing his skills is key. As Hooker just demonstrated, luring Haqparast into a kickboxing match only to duck under his left hand is a very feasible strategy. Green has the timing and distance management to draw his opponent forward then capitalize with his wrestling.

In fact, Green’s trademark Philly shell defense and head movement could be really helpful. If he can bait Haqparast into swinging big, the reactive takedown will be far easier to land.

Green has to do more than box here. If he’s digging kicks to the body and leg, looking for takedowns when the openings are there, and flicking out hard straight punches, he’ll really be giving the younger athlete a whole lot to think about.

Keys to Victory: Haqparast’s hand speed separates him from a majority of his peers. The Southpaw fires crisp punches straight down the middle, and those shots simply come with a different quickness than the average Lightweight.

When Haqparast struggles, it seems to be because he grows a bit predictable. Fundamentals are great, but when really experienced opponents know a fast jab or cracking cross are coming just about every time, they can handle it even if those punches are thrown nicely.

Haqparast needs more variety, because Green has seen a quick left hand before. Additional left kicks — the classic pairing to a crisp left hand — would certainly help. Perhaps more importantly, Haqparast has to start extending his combinations, which would increase the odds he catches Green clean while the boxer’s head is out of position.

If nothing else, Haqparast should up his volume for this fight. Green has lost many decisions simply because his opponent threw a touch more, and if Haqparast can’t score the knockout, a close decision still scores him his win bonus.

This is a fun veteran vs. up-and-comer Lightweight match up.

Let’s be honest: Bobby Green is not likely to suddenly contend for the title at this point in his career. However, given his recent showings, returning to a position in the rankings is a very reasonable goal. If he’s victorious here, Green has likely earned another showing vs. a ranked opponent. Ultimately though, it doesn’t really matter. If Green keeps performing well, he’s a highly entertaining and valuable member of the roster regardless of the outcome.

The pressure is a bit heavier on Haqparast. Though he’s still a young fighter with plenty of time to develop, he hasn’t fully lived up to his potential yet. Each loss to an established Lightweight like Green makes it harder to secure such opportunities, particularly in a talent-rich division like 155 lbs.

Fortunately, victory here would arguably be the best win of his career.

At UFC 271, Bobby Green and Nasrat Haqparast will open the main card. Which man will earn the victory?