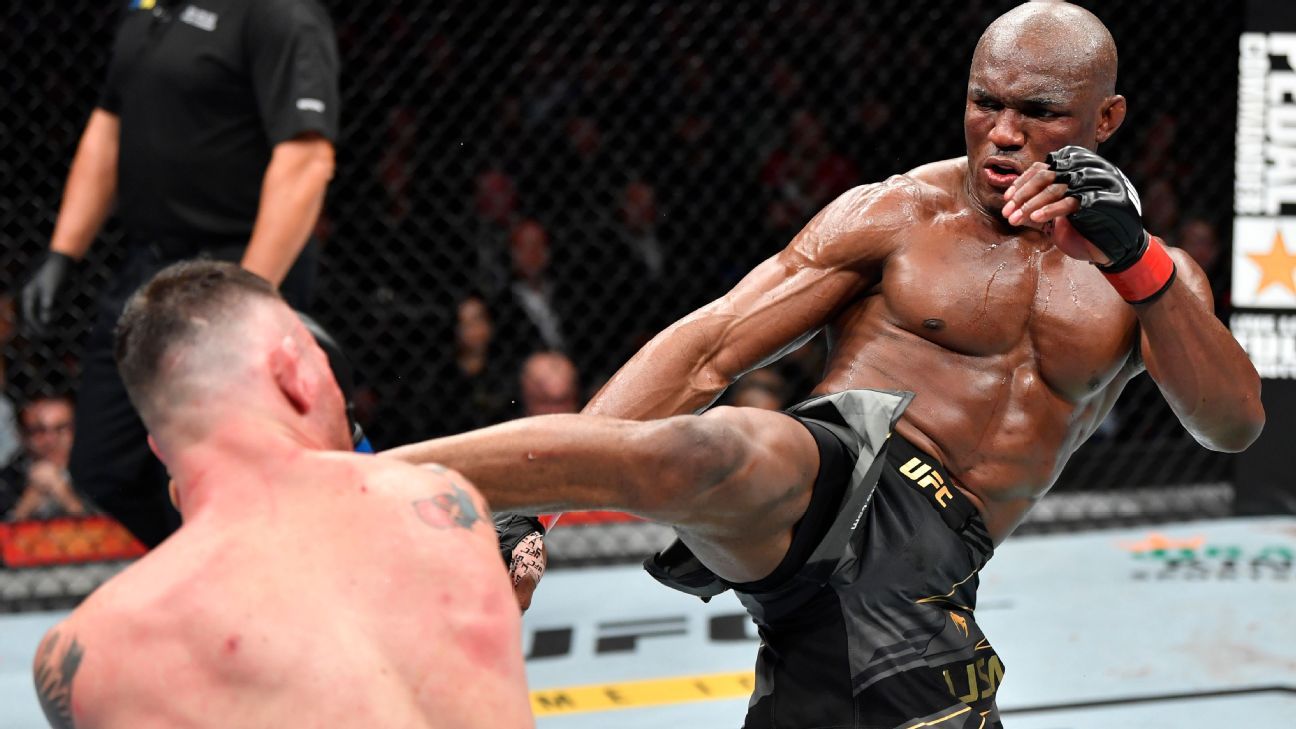 The best MMA fighter in the world went under the knife Monday.

Abdelaziz said Usman is targeting a return for International Fight Week, the UFC’s big annual summer celebration in Las Vegas. UFC 276, the culmination of this year’s festivities, is scheduled for July 2 at T-Mobile Arena. Abdelaziz would not say which hand Usman had surgery on.

White has said that Usman’s next title defense likely will come against top contender Leon Edwards, who is coming off a win over Nate Diaz last June. ESPN has Usman ranked as the top pound-for-pound MMA fighter in the world.

Usman (20-1) is putting together one of the best resumes in UFC history. The Nigeria native, who grew up in Texas, has won 15 straight fights, one off the UFC record winning streak held by former middleweight champion and all-time great Anderson Silva. Usman, 34, is coming off a unanimous decision victory over Colby Covington at UFC 268 last November.

Usman has been welterweight champion since 2019, collecting five title defenses.