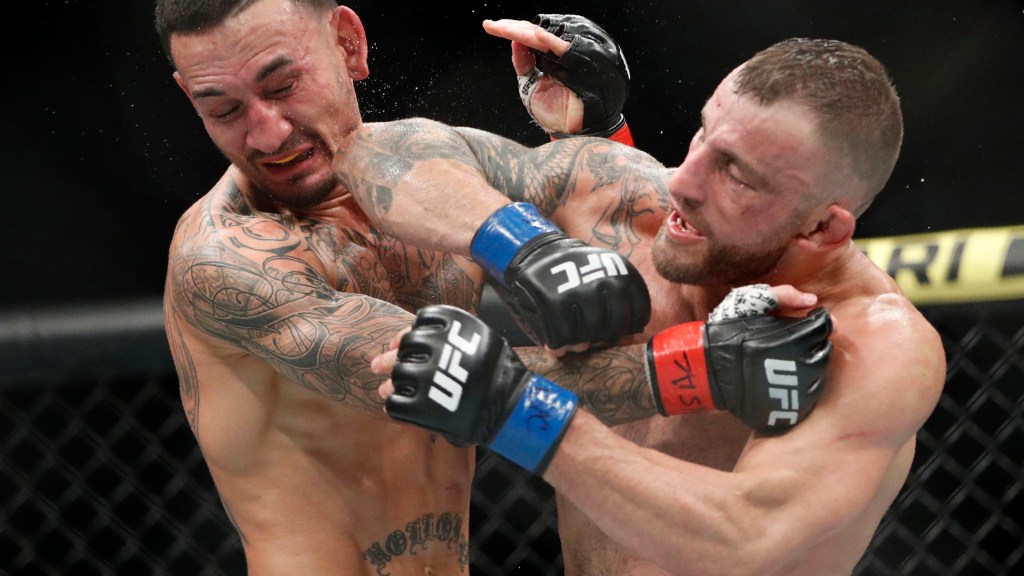 Alexander Volkanovski is calling foul on Max Holloway offering services as a back up for his UFC 273 title fight.

Volkanovski (23-1 MMA, 10-0 UFC) and Holloway (23-6 MMA, 19-6 UFC) were originally booked for their trilogy fight at UFC 272 in March, but “Blessed” suffered an undisclosed injury that forced him out of the contest.

The promotion then shifted plans, booking Chan Sung Jung (17-6 MMA, 7-3 UFC) as a replacement with a new date at UFC 273 on April 9 in Jacksonville, Fla.

Just a few weeks later, however, Holloway’s team revealed that the Hawaiian had been cleared to resume training and would in fact be available to fight on the UFC 273 date, should someone fall out on short notice.

Volkanovski appears to be find the whole thing to be quite suspect, it seems, and he took to social media on Tuesday to raise some of questions about the legitimacy of Holloway’s injury and timeline to compete (via Twitter):

@BlessedMMA wants to be the backup fighter for the fight he was originally scheduled to fight. 🤦‍♂️ so in other words…he was never injured. Just hoping he doesn’t have to fight me or fight me while I’m preparing for someone…but hey “if you ain’t cheating you ain’t trying” 🤣… NO

After winning the title from Holloway by unanimous decision at UFC 245 in December 2019, Volkanovski defended the strap by split decision in an immediate rematch at UFC 251 in July 2020.

Holloway earned back-to-back wins over Calvin Kattar and Yair Rodriguez to secure the rare trilogy fight when one side is down 0-2, but his untimely withdraw scratched it from UFC 272. Now it remains to be seen what the future holds.