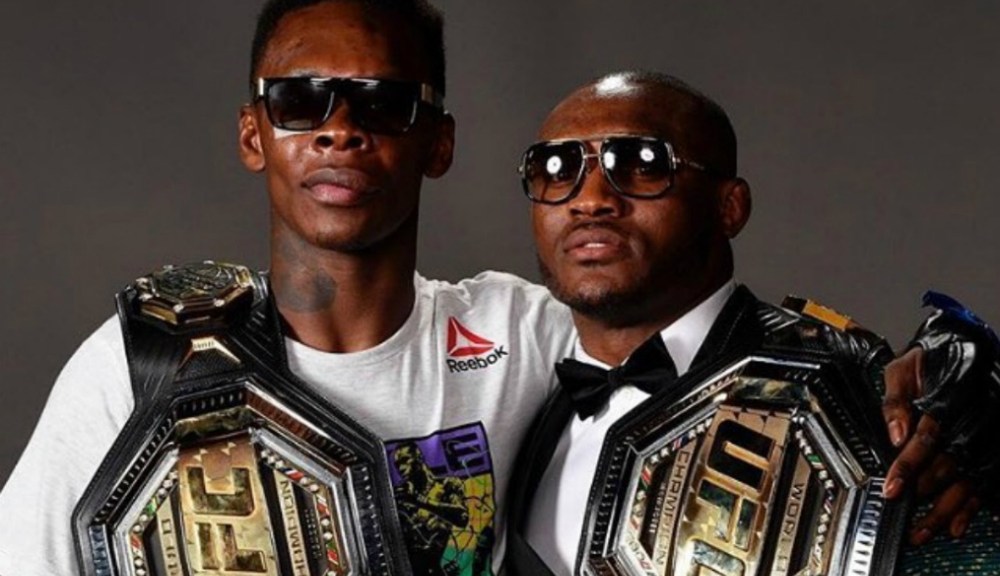 No amount of money would lure Israel Adesanya into a super fight with Kamaru Usman.

Both born in Nigeria, Adesanya (21-1 MMA, 10-1 UFC) and Usman have dominated their respective weight classes which has sparked the discussion of a potential super fight on numerous occasions.

Welterweight champion Usman dismissed the idea and so has middleweight champion Adesanya. But the topic resurfaced after manager Ali Abdelaziz told TMZ that his client Usman would fight Adesanya if the price was right.

“Kamaru can speak for himself and he has, and I’ve spoken for myself and we said we wouldn’t fight each other,” Adesanya told TSN. “For me personally, it’s bigger than money. Also, I have nothing to gain. It’s the guy coming up from a lower weight class that looks to challenge himself that’s almost the protagonist of the story. That gets to rise to the occasion and that’s cool, but Kamaru’s not interested.

Adesanya takes pride in representing his nation and standing alongside his fellow African champions Usman and heavyweight champ Francis Ngannou.

“I’m still looking to capture that image of me, Kamaru and Francis as the three kings because we haven’t done that yet together,” Adesanya said.

He continued, “I understand what Kamaru says about competing because yeah we could do that. Come to the gym you’ll see me and Dan Hooker, me and Carlos Ulberg, me and Blood Diamond compete against each other. So me and Kamaru can do that, but for the world to see, it’s bigger than money. It’s not just about money. It’s about our nation, taking gold back to where it belongs.”

For now, Adesanya’s focus is on Saturday, when he looks to defend his title for a fourth time in a rematch against Robert Whittaker which headlines UFC 271.