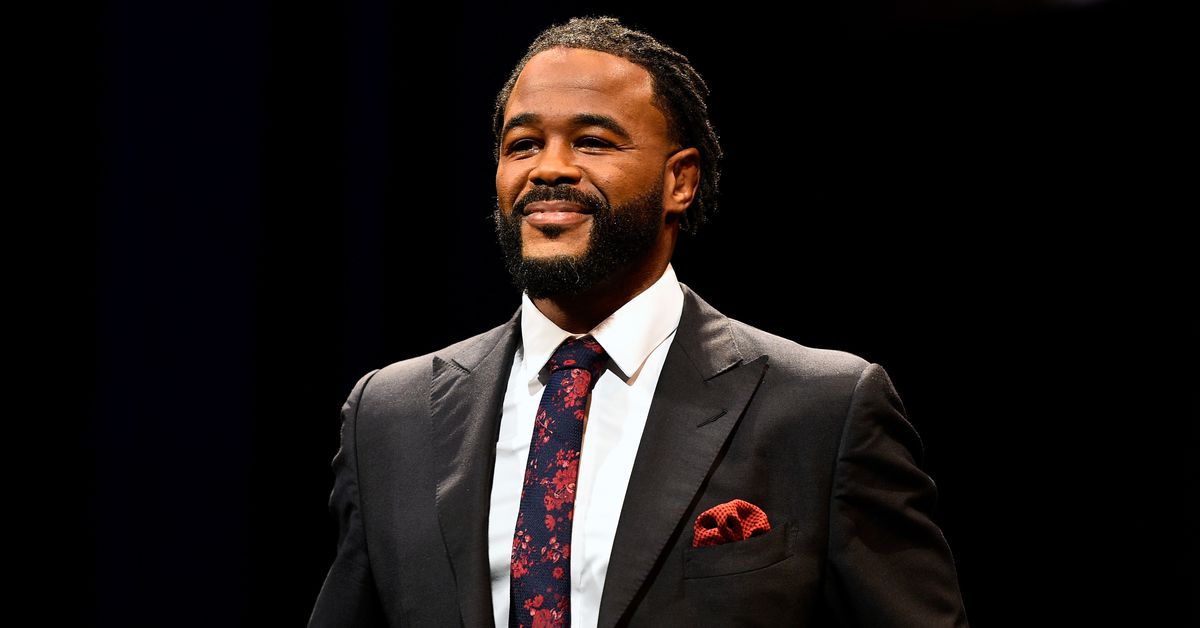 Rashad Evans has been there and done that in the world of MMA. But you can’t always fight ‘em all.

“Suga” entered the Ultimate Fighting Championship (UFC) in November 2005 at heavyweight as part of The Ultimate Fighter (TUF) season 2 where he defeated Brad Imes by split decision to win the tournament. Evans immediately dropped back down to light heavyweight for his following fight and would go on to make his title run which he captured against Forrest Griffin in 2009.

Unfortunately for the longtime Jackson-Wink staple, he would lose his first title defense against Lyoto Machida. Two big wins over Thiago Silva and Quinton “Rampage” Jackson rebounded Evans into contention where he was set to compete against the new champion, Mauricio “Shogun” Rua, at UFC 128.

“One that I wish would materialize that never did was the Shogun fight,” Evans told CBS Sports’ Shakiel Mahjouri. “The Shogun fight is one I really wanted because I was such a big Shogun fan. To watch what he did when he was in Pride, and the legend he created just in Pride alone, made me want to one day — when I got my skills to that level — to get a chance to fight him. He was fighting before I was and was well in the making of being a legend before I even decided to put on my gloves. To finally make it to that level would be a great thing for me. I pride myself on the fact that even though I may not have won all my fights, I can say I competed against the best in my time. That’s what I always wanted to say from the beginning of my career.”

The Evans and Shogun saga ultimately led to one of MMA’s greatest rivalries. Defeating Rampage after their classic feud as TUF 10 coaches earned Evans his second crack at gold. However, injury took Evans out of the bout and his then-teammate, Jon Jones, swept in to take the world by storm. The rest, as they say, is history.

Evans won two more fights over the likes of Tito Ortiz and Phil Davis before getting the opportunity that eluded him, it was just against his old pal in Jones now.

“Bones” would pick up a unanimous decision victory and Evans went 2-6 in his next eight fights before retiring and leaving the UFC in 2018.

The UFC did in fact reschedule the Evans vs. Shogun bout in 2016, but this time it was Shogun who was forced out with injury. Stepping in was future champion, Glover Teixeira, who knocked Evans out in under two minutes.

Fast forward to 2022 and the 42-year-old Evans got himself back in the win column at Eagle Fighting Championship (Eagle FC) 44.

Talented grappler Gabriel Checco succumbed to Evans via unanimous judges’ call this past month and that has left Evans pondering if he wants to continue. Eagle FC owner, Khabib Nurmagomedov, has made things enticing for the UFC Hall of Famer with a four-fight contract offer.

“I’m still thinking about it, to be honest. It was a lot of fun and I felt amazing fighting for that organization,” Evans said. “It’s a really good organization. They understand the game from a different perspective as far as being able to allow the fighter to have enough space during fight week. They don’t overwhelm the schedule with a lot of different things, but at the same time make sure that everything is done that needs to be done.

“It was a lot better than I thought. Competing for the UFC is such a machine and they’re so well organized. They can really meet levels that a lot of organizations don’t even know they need to meet. It was good to have an experience like UFC outside of UFC. It showed how much organizations around are starting to really pick up the ball. That’s due, to a large factor, the fact that some fighters who have had UFC experience are bringing that understanding to other organizations. Khabib, being a long-time UFC fighter and legend, brought a lot of those same great things over to his organization.”