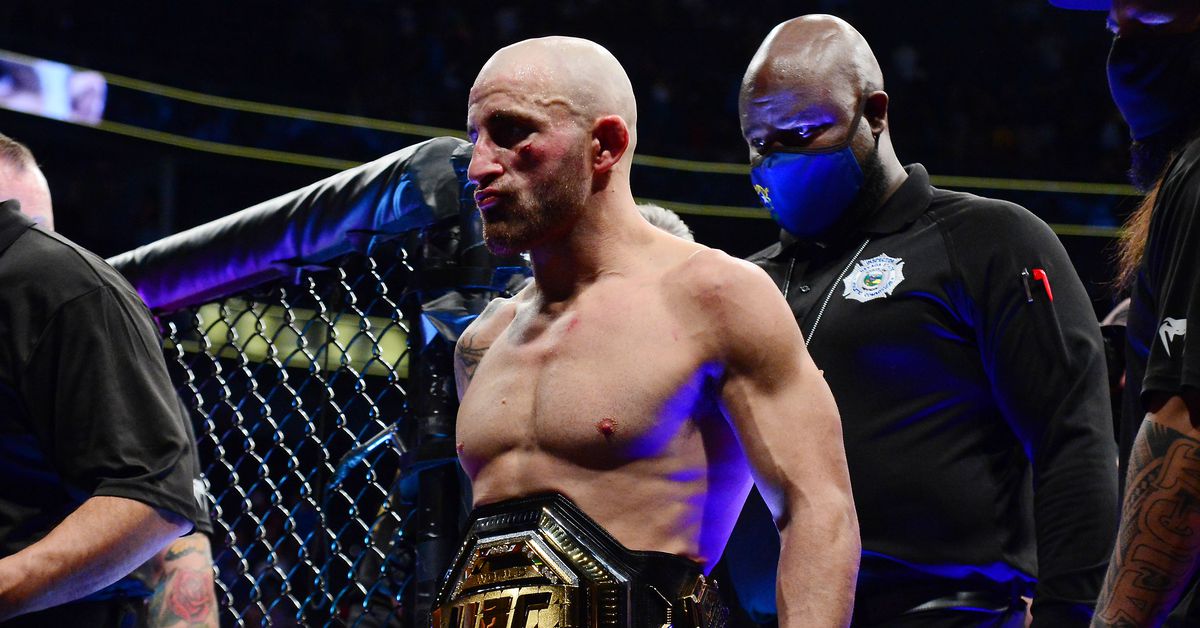 The UFC returns to Jacksonville, Fla., on April 9 with two title fights atop a stacked card.

The promotion on Tuesday announced the full fight lineup for the spring event, which is headlined by a featherweight title fight between champ Alexander Volkanovski and The Korean Zombie (otherwise known as Chan Sung Jung). A bantamweight title rematch between champ Aljamain Sterling and interim titleholder Petr Yan co-headlines.

UFC 273’s main card takes place at VyStar Veteran’s Memorial Arena and airs on ESPN+ pay-per-view after prelims on ESPN, ESPN+ and UFC Fight Pass. The event comes 12 months after the promotion’s most recent trip to Jacksonville, UFC 261, took place this past April.

The title tilts were originally scheduled to headline UFC 272 on March 5, but they were moved after Volkanovski’s original opponent, ex-champ Max Holloway, was ruled out of the event. Jung stepped in as a replacement after a bevy of top featherweights called for a title shot.

Sterling and Yan originally were set to meet at UFC 267, but a lingering neck injury forced Sterling to withdraw, prompting the promotion to put on an interim title fight between Yan and Cory Sandhagen, which Yan won via decision. Yan’s undisputed title was captured by Sterling via disqualification in their first meeting at UFC 258 when he landed an illegal knee that rendered Sterling unable to continue.

Here is the full card for the UFC 273 fight card: