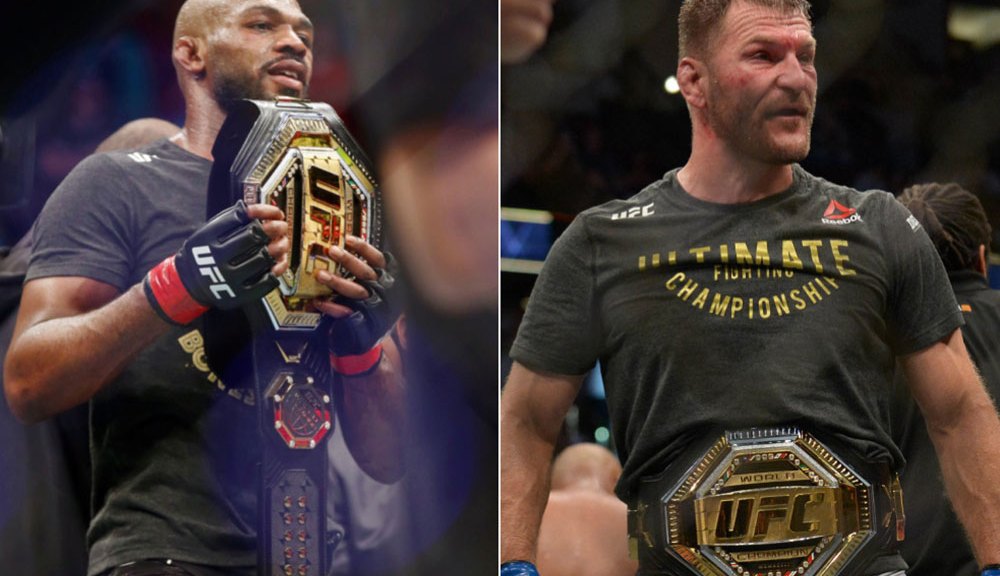 “Jon Jones has got the worst timing ever with his fight announcements and his tweets,” Smith told Michael Bisping on the “Believe You Me” podcast. “Everyone wants Jon Jones to fight. The public has just been begging for it. ‘We want to see Jon at heavyweight’, and then we don’t hear anything from him. We don’t see anything from him. There’s no fight announcements. He’s not talking about anything until the heavyweight fight. Then Francis Ngannou gets injured, has all this contract dispute or whatever he’s got going on.

“Ciryl Gane loses and then now, all of a sudden, he wants to fight. It’s like he waited for this huge bubble that’s been growing for him to fight to burst because now, like – I love Stipe; I just don’t think that’s as big of a fight as he could have had in the heavyweight division. It’s very smart of him because it’s the best matchup for him, likely. I would say that Stipe is, out of the top three or four guys in the division, Stipe is the easiest fight for him. I’m not saying he’s easy. I’m saying it’s the easiest matchup.”

UFC heavyweight champion Francis Ngannou welcomed a fight with Jones but eventually lost hope in the matchup ever happening. But now that he’s expected to be sidelined for the rest of the year after undergoing a planned knee surgery in March, the likes of former dual-champ and current UFC commentator Daniel Cormier have suggested an interim heavyweight title fight between Jones and Miocic.

Smith explains that while he respects Miocic, he doesn’t see him as the best possible test for Jones’ divisional debut.

“Stipe is barely a heavyweight,” Smith said. “I weigh more than Stipe does right now. He’s like low 230s. He’s gotten super lean over his last three fights, and me and Stipe have the same manager and I tell Lloyd (Pierson) constantly, you need to tell Stipe he needs to go to 205. Not that I want to deal with that Goddamn problem, but Jan (Blachowicz) probably outweighs Stipe by 10 pounds right now.

“It’s just, we want Jon at heavyweight, and we want to see how he does at heavyweight then we get him there and he’s essentially fighting a 205er that doesn’t want to cut weight. I don’t think it’s a real assessment of what we’re gonna get. I guess we get to see how Jon moves around and how he’s carrying the weight and if he’s lost a step because he hasn’t been fighting, some ring rust. There is a lot of things we’ll learn from it. I would just like to see him vs., like, a real heavyweight – like a real large one.”