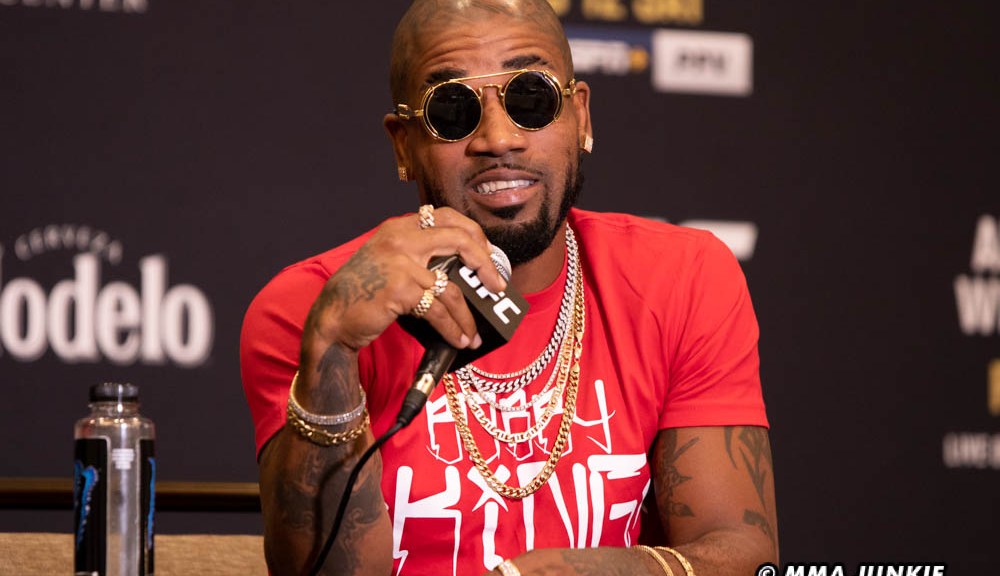 By Simon Samano and Ken Hathaway |

But don’t get it twisted. The nine-year UFC veteran went through hell growing up. He’s been homeless before. And his younger brother was killed in 2014 in a drive-by shooting in their hometown of San Bernardino, Calif.

The struggle has been real for Green, and his life has been nothing like what it might seem based on his appearance today.

“A lot of people think that I’m some dude that’s just got money, cocky, and … nah, I was you,” Green said Wednesday at UFC 271 media day. “I was poor. I was homeless. I dealt with death. I dealt with struggle. That’s what I’m really here for, is to show people that I can be that same person just like you who could be depressed. I could be that person that could be just like you who’s been through some struggles and can get up and change their whole life. You can change your stars. One day you can be this, and one day you could just put your mind, put your head down, and have a goal. And just hit your goal. After that, people will recognize and might inspire someone else to hit their goal, motivate somebody else.”

That’s the energy Green (28-12-1 MMA, 9-7-1 UFC) is carrying with him heading into Saturday night’s pay-per-view matchup against Nasrat Haqparast (13-4 MMA, 5-3 UFC) at Toyota Center. Green is coming off one of the biggest victories of his career, a first-round TKO of former lightweight title challenger Al Iaquinta last November at UFC 268, which snapped a two-fight losing streak.

While you might think Green is focused on maintaining his momentum heading into the Haqparast fight, nothing could be further from the truth.

“Chael Sonnen said it best: I just start all over. I don’t pay attention. Whatever happened yesterday is yesterday. Today is today,” Green said. “I don’t pay attention. You’ve gotta pull that energy; it’s a new start every time. You don’t know what’s in front of you. That was yesterday. Today is today. Get it poppin’ right now today. So whatever happened yesterday, I’m not really paying attention, only looking ahead.”

Green, 35, also isn’t overly concerned with critics who have pointed out the Iaquinta victory was his first TKO in exactly eight years – all the while Green carried a reputation for being a big-time trash talker, which he said he’s toned down quite a bit in recent years.

People saying whatever they want about him doesn’t really bother Green at this stage of his career.

“Bro, I gotta be honest with you. That sh*t’s for the birds, you know?” Green said. “I got to a point where I’m too grown now, and I stop kind of paying attention so much. I do care about what my critics say because I do wanna give you a good package, give you a good show and actually make sure I’m entertaining. I am listening to what y’all say so that I can give you what you want. But at the same time, some of that sh*t is for the birds. You just leave it, and it is what it is. You just keep staying on your path, which is entertaining, inspiring, motivating. That’s what I do.”

Midnight Mania! ‘I Hope UFC Will Share The Revenue With Its Fighters’
Top Finishes From UFC 268 Fighters
The sound of this high-kick finish will make you cringe
Khamzat Chimaev, Abubakar Nurmagomedov Get In Cageside Scuffle After UFC 280 Main Event
MMA Junkie’s Knockout of the Month for January: Ismael Bonfim flattens Terrance McKinney