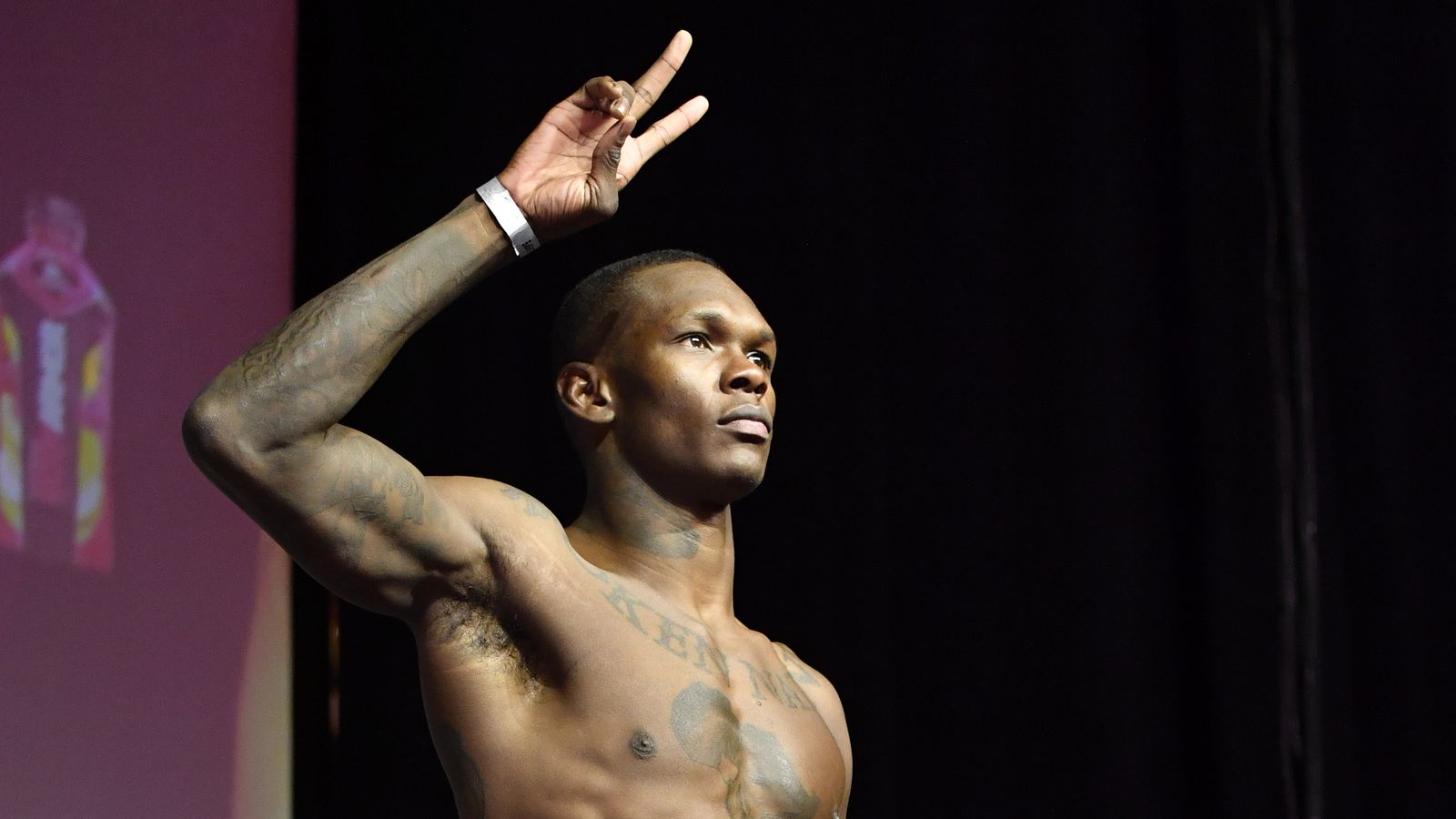 Reigning Ultimate Fighting Championship (UFC) middleweight champion Israel Adesanya has won 10 straight fights in the 185-pound division, with four of those bouts ending by way of knockout. That includes his UFC 243 finish over former champion Robert Whittaker, who will attempt to avenge that loss to “The Last Stylebender” when they collide in the UFC 271 pay-per-view (PPV) main event this Sat. night (Feb. 12, 2022) inside Toyota Center in Houston, Texas.

Adesanya (21-1) has been so dominant at middleweight that UFC President Dana White rubber stamped a jump to the light heavyweight division back in early 2021. The former kickboxer was the odds-on betting favorite to dethrone then-champion Jan Blachowicz from the top of the 205-pound mountain; however, the difference in body mass proved too difficult for “The Last Stylebender” to overcome, and the result was a five-round unanimous decision loss in Las Vegas.

“We set a goal, and goals don’t just disappear because you fail at them,” Adesanya’s head coach, Eugene Bareman, told MMA Fighting. “How many instances in history has there been a goal and no one reached it the first time? I believe it’s still in Israel’s heart and mind that he wants to chase that next weight division up. We’ll take the lessons from the first attempt and transpose them in the second attempt.”

A second attempt may be a tougher sell after watching Adesanya falter in his first go-round and let’s face it, the light heavyweight division isn’t getting any smaller. There’s a very good chance that Jiri Prochazka usurps the throne from champion Glover Teixeira in the UFC 274 headliner in May and the 6’4” “Denisa” — who sports an 80” reach — has to cut weight to make the 205-pound limit.

“The only thing I’d have done different from that fight, which we found out in hindsight wasn’t an option — I would have built Israel into a 205er, a proper 205er,” Bareman continued. “But we made a calculated guess that we could beat Jan at our walking around middleweight weight, and we did that because we didn’t want to put on muscle and then reduce Israel back down to middleweight, which we knew was always going to happen.”

That’s a surprising admission when you consider how heavily Adesanya mocked former light heavyweight champion Jon Jones for taking extra time to beef up his frame. “Bones” surrendered his 205-pound strap back in August 2020 and is planning to make his heavyweight debut at some point later this year, though it may depend on how quickly the surgically-repaired Francis Ngannou returns to action.

As for Adesanya, 32, obstacles still remain in the middleweight division. Obviously, a victory for Whittaker would bring an abrupt end to any future “champ champ” talk, but if “The Last Stylebender” manages to retain his title this weekend in “The Lone Star State,” then he’s already booked to make his next defense against the winner of Derek Brunson vs. Jared Cannonier, who also throw hands at UFC 271.

We also have to keep an eye on middleweight nutball Sean Strickland. The 30 year-old “Tarzan” hasn’t been knocking people out left and right, but he did manage to string together six straight victories and could position himself for a 185-pound title shot with a victory over a Top 5 contender, like Marvin Vettori or Paulo Costa, or perhaps the loser of Brunson vs. Whittaker.

Simply put, don’t plan for a light heavyweight Adesanya any sooner than 2023 and beyond.

Jon Jones WARNS heavyweight and asks him to STOP WRITING HIM, Israel Adesanya reacts to critics
Luke Rockhold rips Jake Paul fighting Tommy Fury: ‘He’s about as much of a boxer as I am a cricket player’
Bellator 290 Ceremonial Weigh-in: Ryan Bader vs. Fedor Emelianenko
Kattar Lands a 💣 !!
Fedor Emelianenko Reveals How He Wants To Be Remembered In MMA