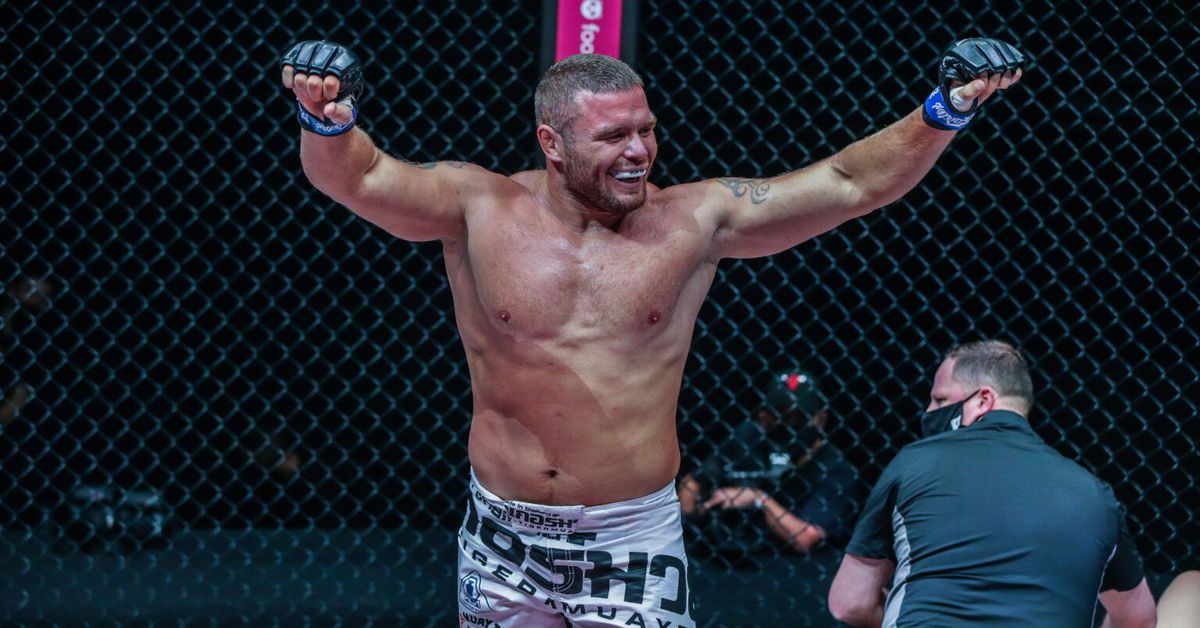 ONE Championship created an interim heavyweight title after champion Arjan Bhullar allegedly “declined multiple offers to defend” his belt, and Anatoly Malykhin made the most of the opportunity.

With Bibiano Fernandes vs. John Lineker called off due to COVID-19, Malykhin’s clash with Kirill Grishenko was elevated to the main event spot of Friday’s ONE: Bad Blood in Singapore and had Malykhin winning in violent fashion.

Malykhin spent the majority of the opening stanza swinging his hands wildly before eventually securing a takedown, working from top position. Malykhin rocked Grishenko with a left hand early in round two, and both exchanged heavy bombs before Malykhin connected a huge right to drop Grishenko nearly unconscious on the ground.

It was announced during the post-fight interview that ONE founder Chatri Sityodtong decided to award Malykhin with two $50,000 in bonuses for his title-winning knockout. With a perfect 11-0 record in the sport, Malykhin called out Bhullar for an unification bout, referring to him as “baby chicken.”

A flyweight contest between Sung Hoon Woo and Yodkaikaew Fairtex lasted only 18 seconds as Hoon countered a kick with a devastating right hand over the top, following up with punches until the referee decided he had seen enough. Woo also pocketed a $50,000 bonus for the finish.

Longtime ONE veteran Dejdamrong Sor Amnuaysirichoke, who competed his entire 18-fight MMA career inside the company’s cage, met promotional newcomer Danial Williams in a strawweight contest in Singapore, and was floored with a nasty punch to the body in the second stanza.

In the early portion of the card, undefeated heavyweight newcomer Odie Delaney improved to 3-0 as a professional with a 66-second submission finish over Thomas Narmo, and Sunoto Peringkat vs. Tial Thang was ruled a no contest after an accidental knee tot he going early in round one.

Check the complete ONE: Bad Blood results below.