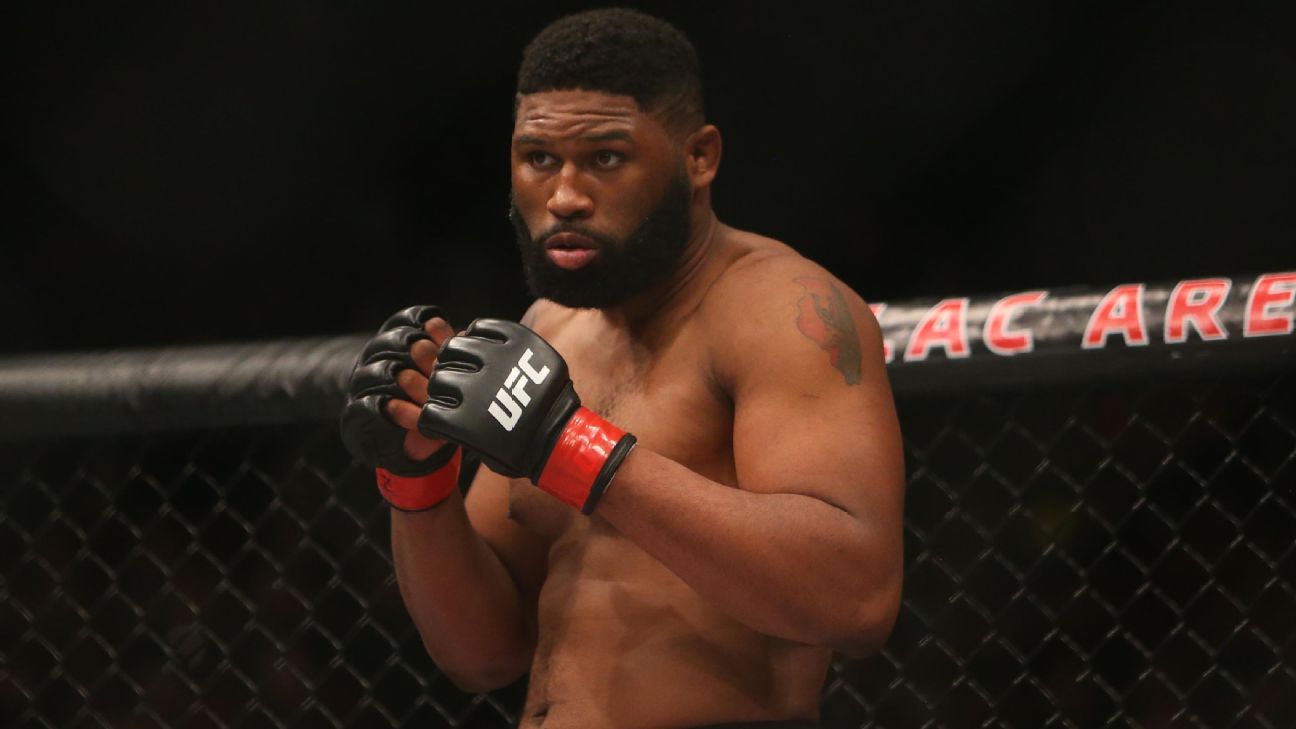 The UFC’s first Fight Night card on the road since 2020 has its new main event.

Curtis Blaydes will meet Chris Daukaus in the heavyweight contender headliner of UFC Columbus on March 26 in Ohio, sources confirmed Thursday with ESPN. MMA journalist Ariel Helwani was the first to report the news.

The original main event between former light heavyweight champion Jan Blachowicz and Aleksandar Rakic was called off last month due to a Blachowicz neck injury. That matchup is expected to be rescheduled for a later date.

Blaydes (15-3, 1 NC) is coming off a unanimous decision win over Jairzinho Rozenstruik at UFC 266 last September. The Illinois native, who trains in Colorado, has won five of his past six fights, Blaydes, 30, has lost to only two men in his career: heavyweight champion Francis Ngannou (twice) and Derrick Lewis.

Daukaus (12-4) had a five-fight winning streak snapped by Lewis via first-round knockout in December. The Philadelphia native was 4-0 with four finishes to start his UFC career prior to that defeat. Daukaus, 32, is a former Philadelphia police officer.

Also on the card, Kai Kara-France and Askar Askarov meet in what could be a flyweight title eliminator bout.