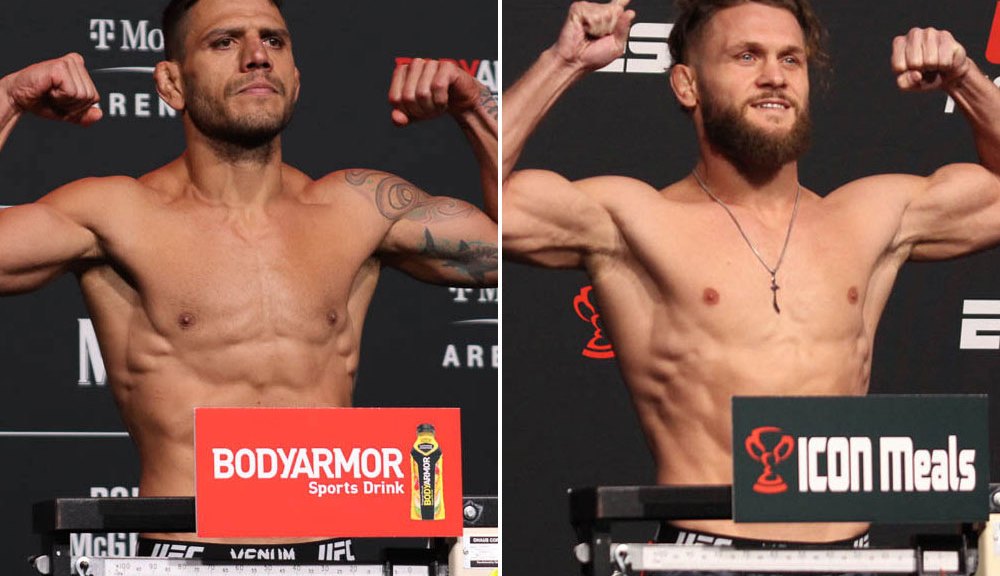 The UFC Fight Night 201 main event is off just eight days out from the event.

Issues pertaining to Rafael Fiziev’s travel visa have prevented him from meeting former champ Rafael dos Anjos in the Feb. 26 lightweight headliner, which takes place at the UFC Apex in Las Vegas and streams on ESPN+.

MMA Junkie verified the changes with a person close to the situation following an initial report from MMA journalist Ariel Helwani. The person requested anonymity because the UFC has yet to make an official announcement.

It’s unknown at this time which fight will replace dos Anjos vs. Fiziev as the UFC Fight Night 201 main event. A light heavyweight bout between Jamahal Hill and Johnny Walker is the current co-headliner.

Fiziev is enjoying a very successful stretch in his career. The muay-Thai specialist is on a five-fight winning streak, which includes notable wins over Renato Moicano, Bobby Green and, most recently, Brad Riddell. Fiziev’s lone professional MMA defeat came in his UFC debut back in 2019 to the hands of Magomed Mustafaev.

On the other hand, ex-UFC lightweight champion dos Anjos looks to stay in the win column since dropping back down to 155 pounds following an eight-fight run at welterweight. The Brazilian returned to the lightweight division in November 2020, defeating Paul Felder by decision. Prior to that, dos Anjos was mired in a 1-4 stretch at welterweight.

UFC 272 takes place at T-Mobile Arena in Las Vegas with a main card that airs on pay-per-view following prelims on ESPN and ESPN+.

Check out the latest lineup for the card below: