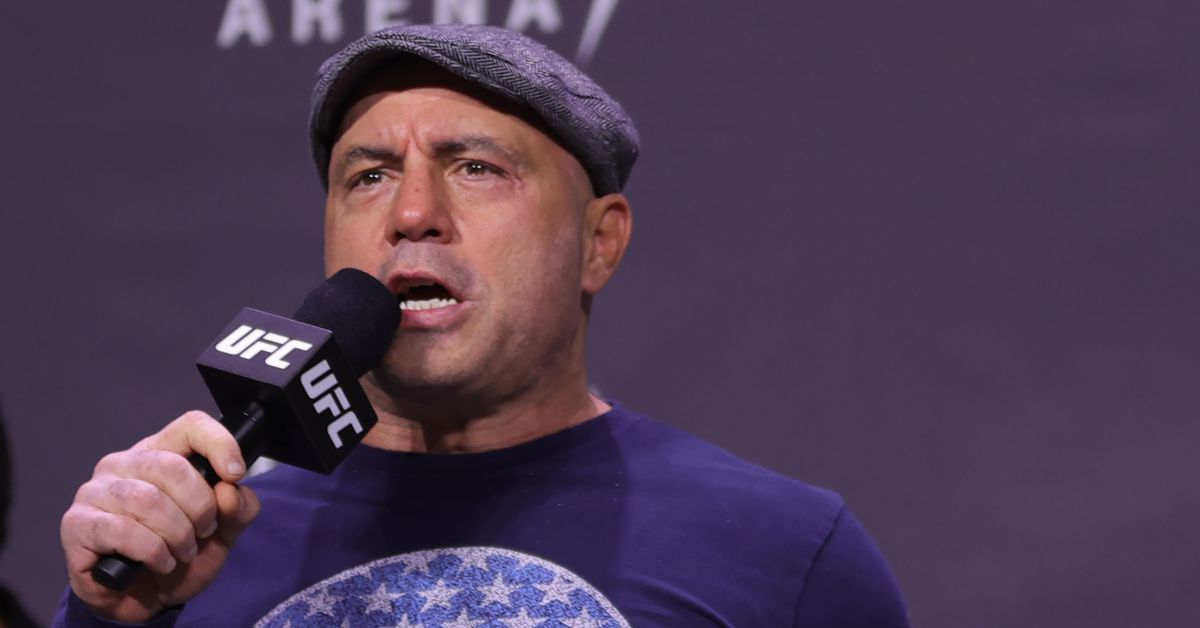 News of the “scheduling conflict” that prompted the UFC to replace Joe Rogan with Michael Bisping on the UFC 271 broadcast team drew a sharp response from Jake Paul.

Paul appeared not to believe the official reason for Rogan’s withdrawal and took aim directly at Disney CEO Bob Chapek, the man where the buck stops on decisions about the UFC’s broadcast partner ESPN, while taking a shot at his favorite target, UFC President Dana White.

“So ESPN and Disney pull Joe Rogan from the UFC broadcast but stand behind Dana, who calls reporters douche bags, says a female fighter looks like a male fighter in dress and heels, and claims brain damage is part of the gig?” Paul wrote on Twitter. “You pulled the wrong guy Mr. Chapek.”

So ESPN and Disney pull Joe Rogan from the UFC broadcast but stand behind Dana White who calls reporters douche bags, says a female fighter looks like a male fighter in dress and heels, and claims brain damage is part of the gig? You pulled the wrong guy Mr. Chapek

Rogan, the longest tenured UFC commentator beside the octagon, was replaced by Michael Bisping after initially being confirmed to work alongside Jon Anik and Daniel Cormier.

The personnel shift arrived after Rogan issued multiple apology videos for content on his long-running podcast, The Joe Rogan Experience. Initially, he drew widespread condemnation for giving a platform to guests who gave medical “misinformation” about COVID-19, according to medical experts. But negative publicity exploded after a video surfaced that showed him using a racial slur on multiple occasions.

Rogan’s podcast put streaming platform Spotify on the defense and prompted rock stars Neil Young and Joni Mitchell to threaten to pull their music if the podcast remained on the platform. In response, Spotify declined to do so and removed Young and selected albums of Mitchell’s music. The streaming platform removed several archived episodes of Rogan’s show, reportedly at his request, but stood by the comedian and commentator, calling his ouster a “slippery slope” that may set a bad precedent.

Paul has been a regular critic of White, most recently releasing a “diss track” and video aimed at White, who challenged him to random drug testing after he accused the UFC exec of using cocaine.

ESPN and UFC reps have declined multiple requests for additional comment on Rogan and his status with the promotion.