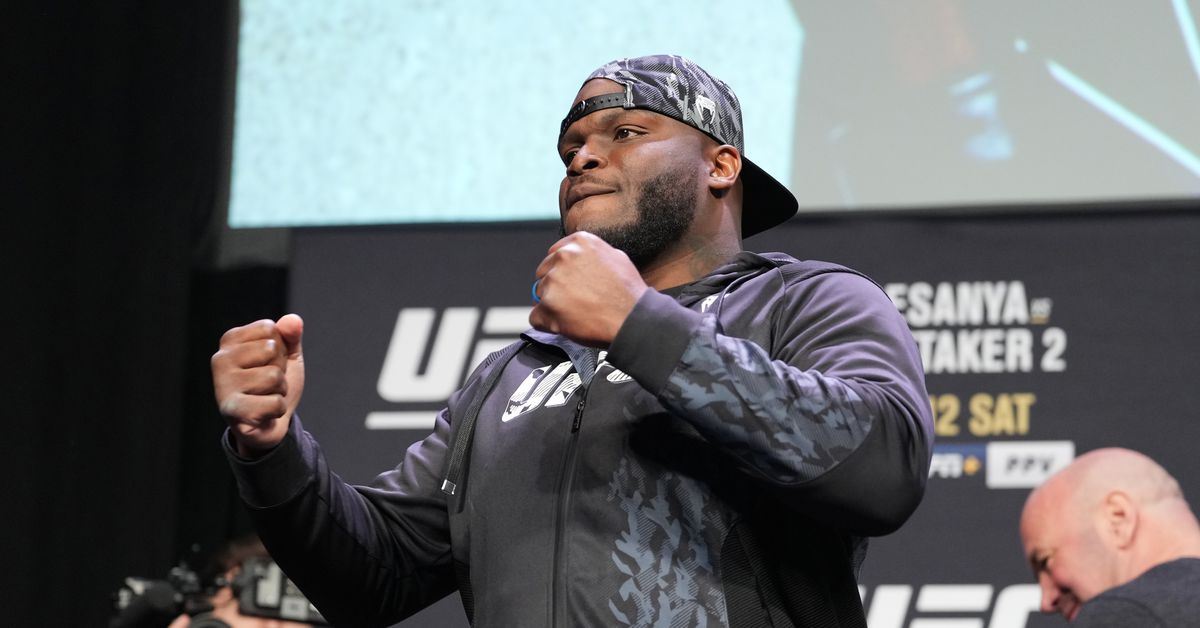 Fortunately for fans, Lewis and Tuivasa are two of the most violent heavyweight fighters on the UFC roster today. Lewis is the all-time knockout leader in UFC history and “Bam Bam” has finished his last four opponents by way of strikes. While there have been heavyweight matchups that look incredible on paper only to fizzle out inside of the cage this one doesn’t seem like it will disappoint.

Feeding fuel to the fire is the fact that “Black Beast” and Tuivasa both want to end the night early. Lewis is not a fan of long fights and Tuivasa may need to catch Lewis early to defeat him. It’s a recipe for total Octagon destruction and a game both heavyweights are willing to play.

Tuivasa was quick to chime in to let “Black Beast” know that he means business ahead of Saturday night as well. “Coming to do the same thing, brother,” said Tuivasa.

“Let’s swang and bang, then,” responded Lewis. “No more talking.”

Lewis, who is coming off a blistering first-round knockout win over Chris Daukaus this past December, is hoping that a win over “Bam Bam” this weekend will put him right back in title contention. Remember, “Black Beast” is 0-2 in UFC title fights, but he always seems to rise to the occasion in three-round affairs, especially in his hometown.

As for Tuivasa, the 28-year-old contender could easily jump a handful of names in the heavyweight division with a win over Lewis this weekend. Since dedicating himself more to the sport and taking his UFC future seriously “Bam Bam” has looked quite dangerous inside of the cage. He’s a betting underdog to defeat Lewis at UFC 271, but he certainly has the chops to pull it off.

“It’s either going to be my head or his head,” Tuivasa said. “We entertain the fans, so we’re coming here to take heads off. That’s it.”

For more news and notes on UFC 271 be sure to visit our comprehensive event archive right here. For the updated, revised, and finalized “Adesanya vs. Whittaker 2” fight card and ESPN+ lineup click here.