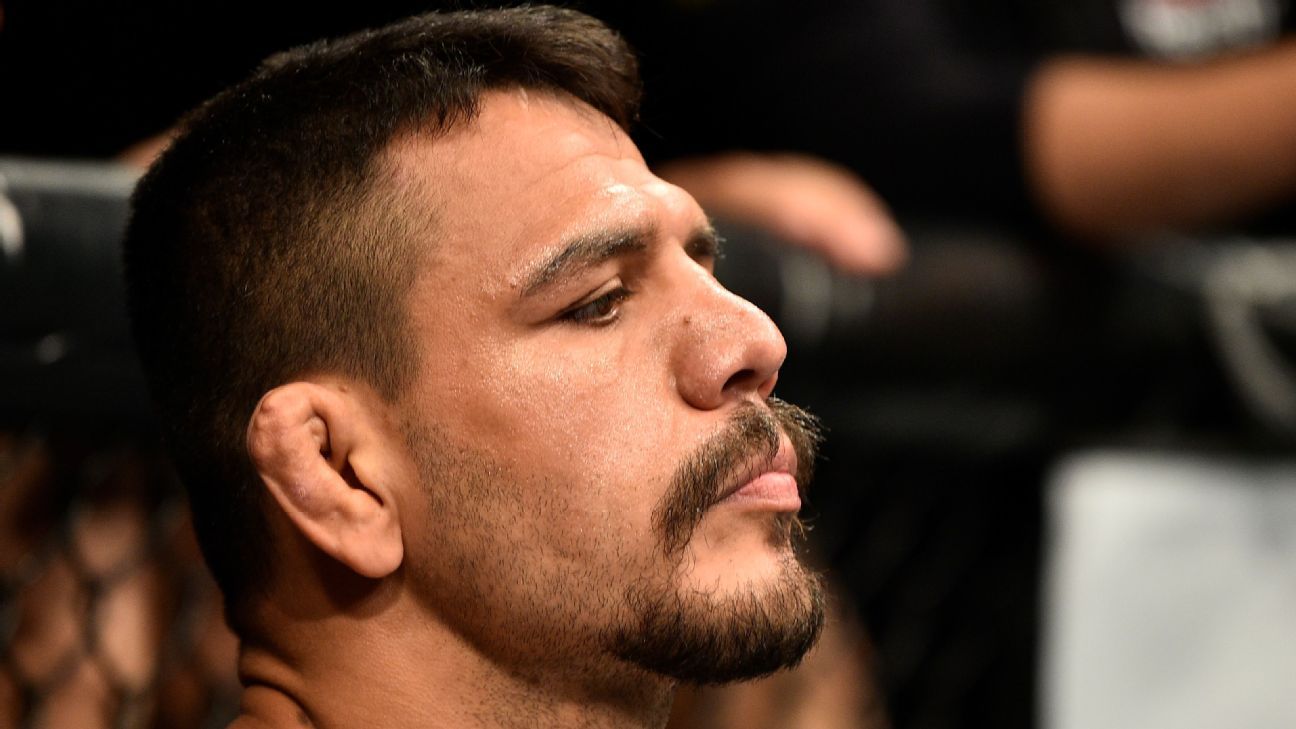 A scheduled upcoming UFC Fight Night main event will be repurposed on the promotion’s next pay-per-view card.

Fiziev reportedly had a visa delay, leading to the change. Dos Anjos vs. Fiziev will remain a five-round fight, per sources. The new UFC Fight Night main event on Feb. 19 will be a five-round light heavyweight bout between Johnny Walker and Jamahal Hill, sources said. Walker vs. Hill was initially scheduled as the UFC Fight Night co-main event.

Dos Anjos (30-13) has not fought since a split-decision win over Paul Felder in November 2020. The Brazilian-born fighter, who lives in California, moved back to lightweight for that bout after three years at welterweight. Dos Anjos, 37, had dropped four of five fights against top 170-pound fighters before moving back down to 155, where he was the UFC champ in 2015 and 2016.

Fiziev (11-1) has won five in a row after dropping his UFC debut in 2019. The Kazakhstan-born fighter of Kyrgyzstani descent has won two of his last three fights via knockout, the most recent a third-round spinning wheel kick finish of Brad Riddell in December. Fiziev, 28, is considered one of the top young strikers in MMA.

UFC 272 will be headlined by a welterweight grudge match between former interim welterweight champion Colby Covington and Jorge Masvidal, owner of the mythical BMF title.