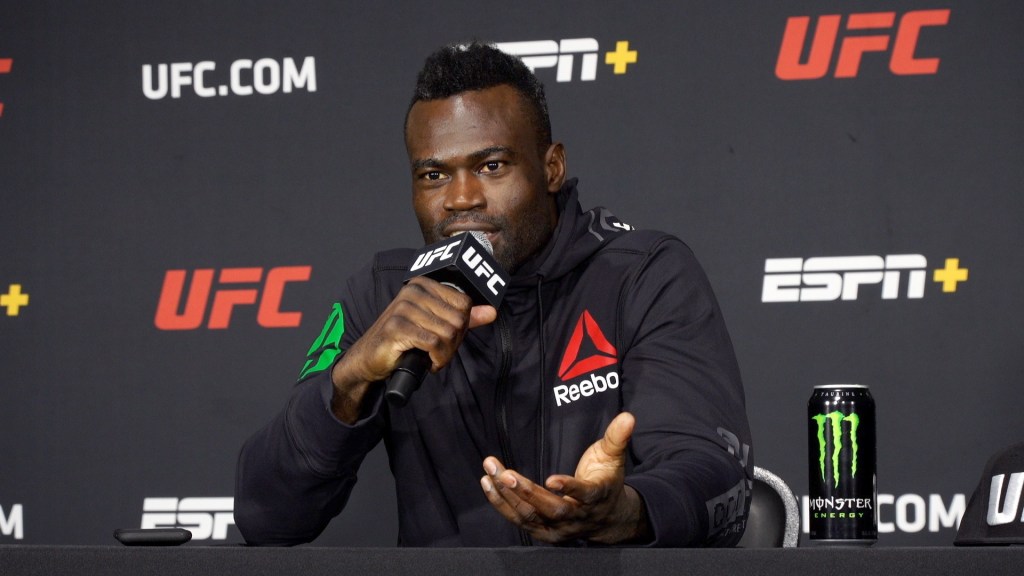 Uriah Hall is not happy that a fight with Darren Till never materialized.

Hall (17-10 MMA, 10-8 UFC) was rumored to face Till in the UFC’s return to London on March 19, but Till won’t be competing on that card. Instead, Hall will face Andre Muniz on April 16, but he would have much rather faced “The Gorilla.”

“I mean, to be honest, you know it’s not something that I wanted,” Hall said of Muniz in an interview with “The Schmo.” “I wanted Darren Till, but he’s just being a punk ass b*tch, and I don’t know what happened. He’s just playing the UFC or whatnot. But he’s the guy I wanted, makes sense.

“I’m not underestimating my opponent right now. He’s a great jiu-jitsu guy. A lot of guys always trying to take me down and submit me. I’m a problem. I’m not a jiu-jitsu guy, I’m not a wrestler, but you’re gonna have a hard time. But respect to him. If I beat him, I’m still propelling to go forward, that’s it. I just got to look forward and be positive.”

Till (18-4-1 MMA, 6-4-1 UFC) hasn’t competed since a third-round submission loss to Derek Brunson at UFC Fight Night 191 in September. It was later revealed that Till tore his ACL 10 weeks before the fight, but it’s unknown if that’s what prevented him from returning on the London card.

Hall thinks Till is ducking him.