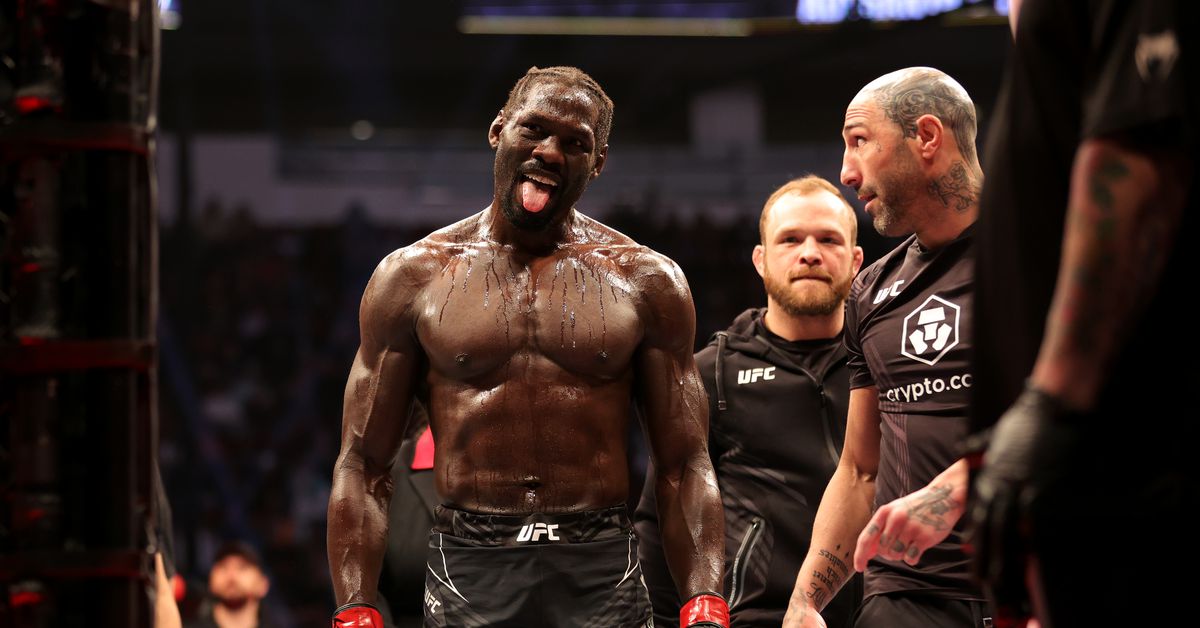 The path for Jared Cannonier is clear.

Cannonier scored a pivotal win on Saturday at UFC 271 in Houston, knocking Derek Brunson out in the second round and seemingly securing his spot as the No. 1 contender at 185 pounds. Afterward, Cannonier directly addressed UFC President Dana White, who was seated cageside, and called for a shot at the middleweight title, which would be retained by Israel Adesanya at night’s end.

White was thrilled with Cannonier’s performance and agreed that he is likely next in line to fight Adesanya.

“I was excited to see that fight to see how it was gonna play out,” White said at the evening’s post-fight press conference. “It was an awesome fight and yeah, I’m not gonna say ‘no’ to Cannonier.”

Cannonier improved to 5-1 since moving down to the middleweight division after debuting in the UFC as a heavyweight in 2015. Four of his wins during that stretch came by way of KO/TKO, and his lone loss was at the hands of Robert Whittaker, who fell short in a rematch with Adesanya in the UFC 271 main event.

With Whittaker now down 0-2 in his series with Adesanya, it would appear that Cannonier is the last contender standing.

White was also asked for his thoughts on Adesanya, who recorded his fourth consecutive successful title defense with a unanimous decision win over Whittaker. “The Last Stylebender” signed a new, lucrative deal with the UFC ahead of UFC 271, and it sounds like White thinks he’s worth every penny.

Adesanya suggested at the post-fight presser that he could be ready to fight again in June, which was music to White’s ears even if he couldn’t say for sure when Adesanya’s next booking would be.

“I don’t know,” White said. “Listen, that’s the other thing that I love about that kid, he wants to fight all the time. So we’ll see what happens.”

Aside from potentially fending off a fresh challenger in Cannonier, the next step for Adesanya may be him opening the door for the UFC to the continent of Africa. Adesanya proudly represents both his native Nigeria and his home country of New Zealand when he competes inside the octagon.

White said his first priority is to book a UFC card in England, but Africa remains a dream destination for him and his promotion.

“[Africa is] as big as anywhere else we want to go,” White said. “It’s been, what, two and a half years now, we’ve been Vegas, California, New York, Texas ten times, Arizona, and Florida. So there’s a lot of places to go and a lot to do, but yeah, Africa’s a big one for me. I definitely want to do Africa. … When I look back on my career, I definitely want to do a fight in Africa.”