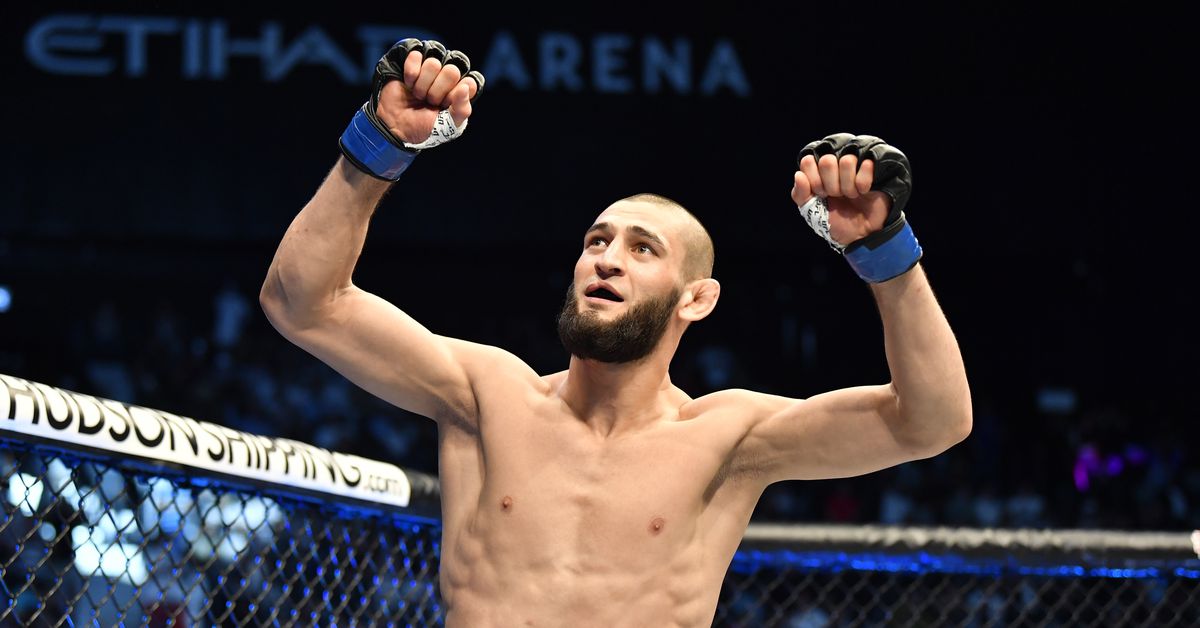 Israel Adesanya put on a careful and measured performance at UFC 271, defeating Robert Whittaker via unanimous decision in a fight that ended 48-47, 48-47, and 49-46 on the judges’ scorecards. It was far away from the blowout victory “The Last Stylebender” enjoyed during their first fight, where he knocked Whittaker out in the second round. But it was a solid victory against the toughest contender in the middleweight division.

The toughest contender in any division? That depends on who you ask. Khamzat Chimaev is currently fighting down at 170 pounds, but he’s proven in the past that he’s more than happy and capable of scrapping at middleweight. Following Adesanya’s win in Houston, the Chechen prospect took to Twitter to call out the champ.

“Adesanya easy money for me, 0 wrestling,” Chimaev wrote. “1 round I’m gonna kill him!”

“Okay,” Izzy said when a reporter read out the tweet before shrugging and moving on to the next question.

After starting his UFC career with three dominating wins in 2020, a bad case of COVID-19 put Khamzat Chimaev on the sidelines until October of 2021, when he dismantled and submitted Li Jingliang in just over three minutes.

That bout marked Chimaev’s return to welterweight where he’s now ranked #11. That’s a long way away from contender status, but a win over #2 ranked Gilbert Burns would obviously change things a bit.

That’s a bout that currently targeted for UFC 273 on April 9th, granted the UFC and Chimaev can get a work visa sorted out. That’s no guaranteed thing, though, given Khamzat’s connections to Chechen leader Ramzan Kadyrov, one of the many Russian officials getting hammered with US sanctions at the moment.