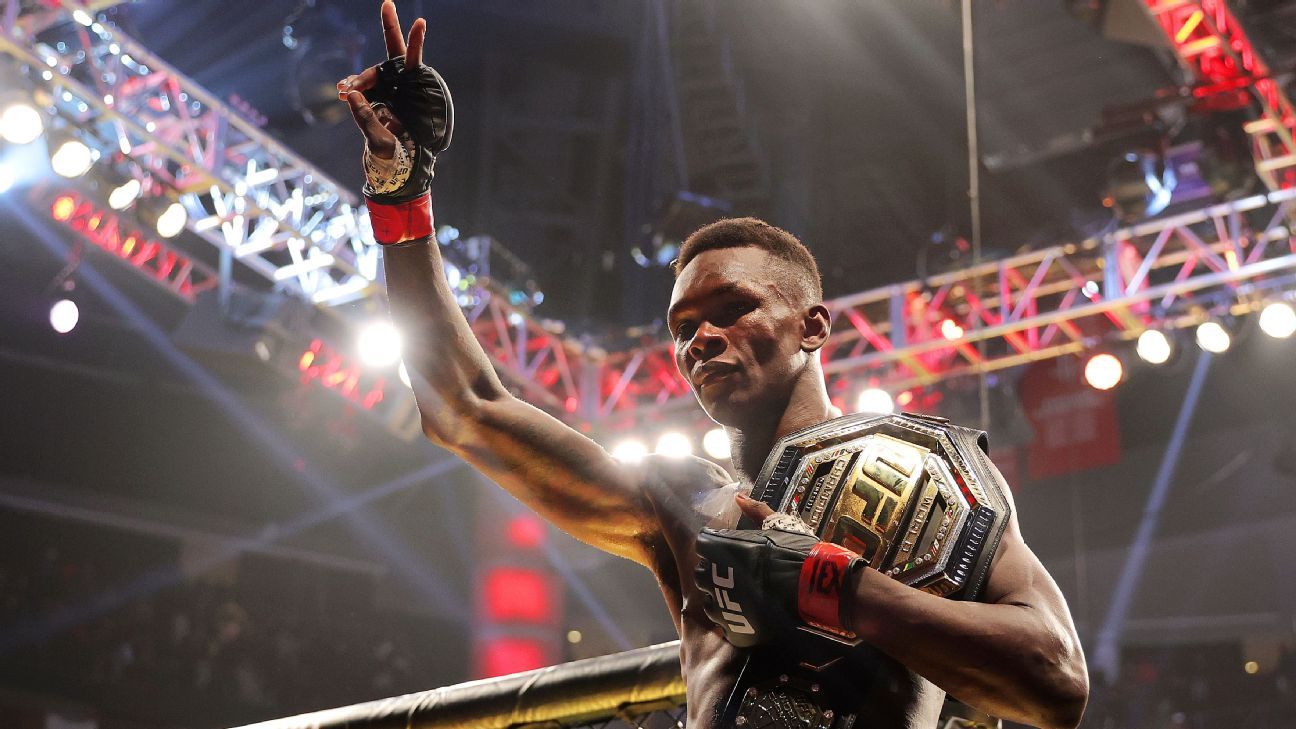 HOUSTON — Israel Adesanya was the story all week. His new, lucrative contract with the UFC. His teammates from City Kickboxing fighting on the same card. His current future stardom.

It felt like no one here was talking about Robert Whittaker, the challenger and former champ who talks no trash and draws absolutely no undue attention to himself. It was almost like it was a foregone conclusion that Adesanya would walk away with his UFC middleweight title without much fuss.

That was very much not the case, though. Adesanya did defeat Whittaker via unanimous decision (48-47, 48-47, 49-46) in the main event of UFC 271 on Saturday night at Toyota Center. Adesanya did indeed leave the Octagon with his middleweight belt, using his length and reach to counter Whittaker’s boxing.

But the fight was incredibly close — so much so that the crowd here booed the decision, thinking Whittaker was the rightful winner. At the start of the bout, the Houston fans were completely behind Adesanya, but that changed as the bout went on and they sensed a possible upset. Chants of “Bobby!” could be heard in the late rounds.

“I knew he was gonna bring everything, because last time I took everything away from him,” Adesanya said. “He had nothing to lose. Like I said, I’m the champ. You want it, come get it.”

Adesanya (22-1) stopped Whittaker via second-round knockout at UFC 243 in October 2019 to win the title. The Nigerian-born New Zealander is undefeated at middleweight, but dropped a unanimous decision to then-light heavyweight champion Jan Blachowicz in a UFC title fight at UFC 259 last March. Adesanya, 32, picked up his fourth middleweight title defense with the win over his rival.

Whittaker (23-6) had won three in a row after dropping the title to Adesanya three years ago, knocking off contenders Darren Till, Kelvin Gastelum and Cannonier. The New Zealand-born Australian has won 12 of his last 14 fights overall. Whittaker, 31, held either the interim or undisputed UFC middleweight titles from 2017 to 2019. “The Reaper,” a former Ultimate Fighter winner, was the UFC’s first-ever Australian champion.

“I’m gutted,” Whittaker said. “I thought I did enough.”