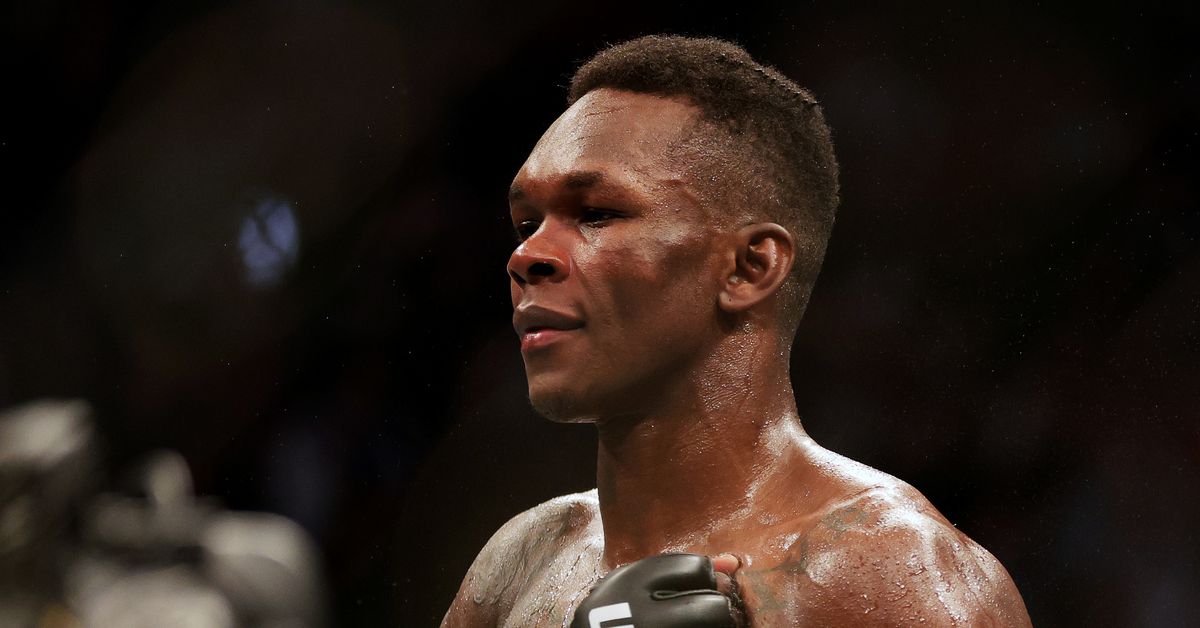 UFC middleweight champion Israel Adesanya is optimistic that the UFC will come to terms on a new deal with heavyweight champ Francis Ngannou. But he believes there’s more work overall to be done on fighter pay.

Adesanya refuted what he said was a narrative that his new contract was the result of Ngannou’s status with the UFC, which could lead to the heavyweight champion becoming a free agent by the end of this year. Adesanya touted his team’s work in completing a deal, but he used his situation to illustrate a landscape that was shifting for the better of his colleague.

“Like I said, this is the first step,” Adesanya said at the UFC 271 post-fight press conference after his rematch win over ex-champ Robert Whittaker. “[UFC President] Dana [White] already said they had dinner with him before he went back to Cameroon, they’re going to have dinner when they come back.

“So yeah, people make mistakes. The UFC’s filled with humans, humans make mistakes. Human error. But we can always amend those mistakes, and honestly, rising tides lifts all the ships. And with this, I feel like it’s the first step in this trickle-down effect to the rest of the fighters and lifting everyone up.”

Adesanya hasn’t put a figure on his new contract; his management team would only say the deal would make the champ one of the highest-paid fighters in the sport. Adesanya said his negotiations “don’t need to be brought forth, because every case is different.” But he applauded Ngannou for talking frankly about the contract minimum paid to step in the octagon, reportedly a $600,000 “show purse” to fight Ciryl Gane at UFC 270.

“With Francis’ case, he needed to bring that forward because it was atrocious, and I respect him for that,” Adesanya said.

If any situation needs more attention, the middleweight champ said it’s the fighters on the bottom of the UFC’s totem pole. UFC 271 was not only a showcase for Adesanya, but several of his teammates from the City Kickboxing gym in New Zealand, including Mike Mathetha (also known as Blood Diamond) and Carlos Ulberg. The gym boasts no less than eight UFC fighters and, in the wake of Adesanya and others’ success, has become a marquee name in the world of MMA.

Adesanya promoted his teammates at every opportunity before the fight and said up-and-coming fighters should get a raise.

“I’m not saying, like, pay the [debuting fighters] some crazy money,” he said. “No, just pay them enough to train, feed their family and actually not have a second or third job. Because we’re UFC fighters. I love this company; I’ve been wanting to be a part of this company – you saw my post when I was here in the same f*cking arena seven years ago for UFC 192, practicing on the scale before I got yelled at.

“I wanted to be here for so long, so now that I’m here, I’m fortune to be in the position I’m in to sign this new deal, but the UFC’s going to do right. I feel like this is the first step. Francis started it off, and I’m getting my dues as well. But trust me, it wasn’t just handed to me. … It’s just not brought to the media, so you guys can go write headlines about it. We fight for what we have, and I feel like this is going to trickle down to the rest of the fighters because, yeah, it’s time. “