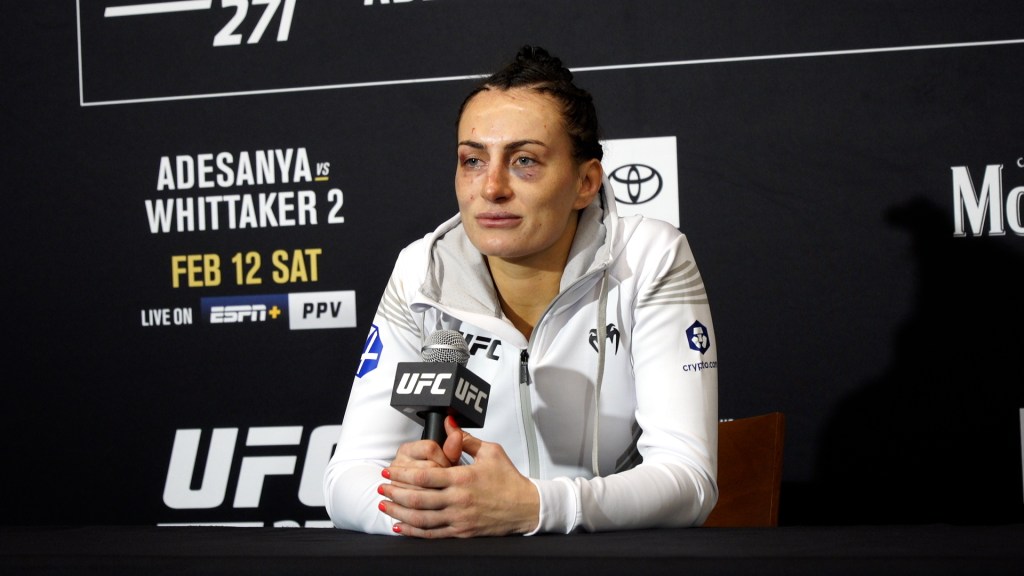 HOUSTON – Casey O’Neill doesn’t like how all the attention was on Roxanne Modafferi’s retirement in the lead-up to their fight.

When their UFC 271 matchup was announced, Modafferi revealed that she woulkd be hanging up her gloves after the fight, and the veteran was celebrated for her achievements all fight week.

But despite unbeaten prospect O’Neill (9-0 MMA, 4-0 UFC) being a heavy betting favorite, she was unhappy with the lack of attention that she received.

“I felt like nobody was giving me any respect or asking me anything about myself,” O’Neill told reporters, including MMA Junkie, at the UFC 271 post-fight news conference. “It was all about the retirement. To be honest, the retirement wasn’t happening until after the fight, so I felt like it was a little bit premature to just be talking about that.

“I wanted to talk about myself and what I’ve been doing, my gameplan and everything, and I just felt like I was sort of being brushed over, and it was a little bit disrespectful, so I was just trying to make my point to get some respect, as well.”

O’Neill picked up a split-decision win over Modafferi on Saturday, putting an end to her four-fight finishing streak. Following the fight, O’Neill was met by a series of boos from the fans, which got her emotionally charged up.

“Listen, Roxanne is liked by everybody, so of course I’m gonna get booed,” O’Neill said. “I’m also not American and I’m fighting in America to be understood, but I feel like I deserved a little bit more respect than that. That was kind of sh*t, but it is what it is. At the end of the day, they’re buying tickets, and they’re watching me, so you’re paying me whether you like me or you don’t, so whatever you want to do, I don’t care.”