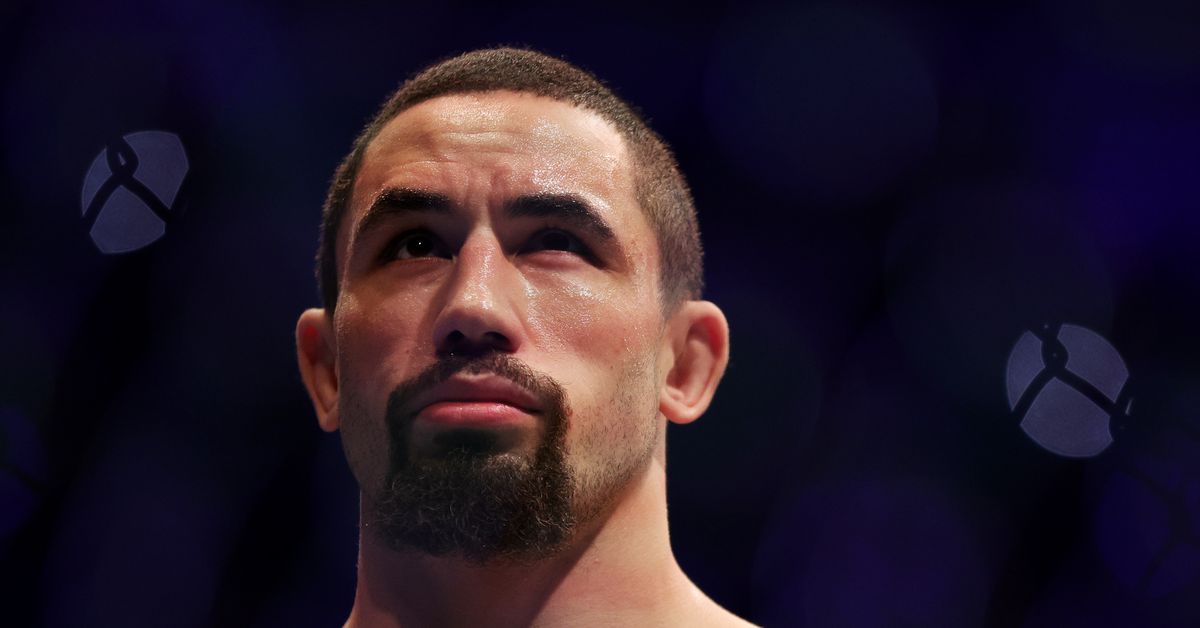 UFC 271 went down last Saturday night (Feb. 12, 2022) inside Toyota Center in Houston, Texas, which saw several fighters go home feeling the post-fight blues after an action-packed night of fights. Among them was Derrick Lewis, who suffered a second knockout loss in his last three fights after getting put to sleep by Tai Tuivasa following an intense back-and-forth Heavyweight brawl (recap here).

And Derek Brunson, who saw his five-fight win streak come to an end at the powerful hands elbows of Jared Cannonier (highlights). But which fighter is suffering from the worst post-fight hangover, now a few days removed from the show?

Coming into his rematch against Israel Adesanya, “Bobby Knuckles” was riding high on confidence after earning three straight wins, which just so happened to come after his first loss to “The Last Stylebender” at UFC 243 just 2.5 half years ago. Furthermore, since he already spent some cage time with Adesanya, he had a great grasp on what to expect from the sensational striker, who had yet to taste defeat as a Middleweight coming into the title fight.

After a rough first round, “The Reaper” loosened up and made some great adjustments, going to his wrestling to earn multiple takedowns on a champion who hadn’t spent a ton of time on the canvas. It was a good gameplan since — much like the first fight — Whittaker couldn’t close the distance on his taller foe.

In the end, despite a valiant effort, “Bobby Knuckles” came up short in his bid to not only dethrone Adesanya, but get the 185-pound title back while scoring some sweet revenge. Afterward, Whittaker — who was in good spirits despite defeat — was adamant he had done enough to earn the decision win. A second loss to Adesanya could stall his progress back to another title fight as long as the Nigerian-born champion has the belt, but that won’t stop him from trying.

“A third fight between me and Izzy is inevitable,” he said during the post-fight presser. “It’s inevitable. Because I’m going to stomp anyone that comes in front of me again and he knows that too, that’s why he said ‘I’ll be seeing you in the future.’ And I don’t see him losing the belt any time soon. He’s good. He is good. I think I am the person to beat him, and my mission stays the same: beat the next guy in front of me.”

For now, “The Reaper” will contemplate his first move in his quest to get back to the big dance. As far as who could be his next opponent, a showdown against Marvin Vettori seems inevitable. “The Italian Dream” is coming off a huge win over Paulo Costa, his first victory after coming up short against Adesanya in their championship bout.

Vettori is 5-1 in his last six fights as a Middleweight and is currently ranked No. 2 in the weight class, so if he wants a third fight against “The Last Stylebender,” a win over Whittaker would be a sure-fire way to get there. For “The Reaper,” defeating Vettori keeps him in the No. 1 spot and closer to Adesanya, in the process.

To check out the latest and greatest UFC 271: “Adesanya vs. Whittaker 2” news and notes be sure to hit up our comprehensive event archive right here.