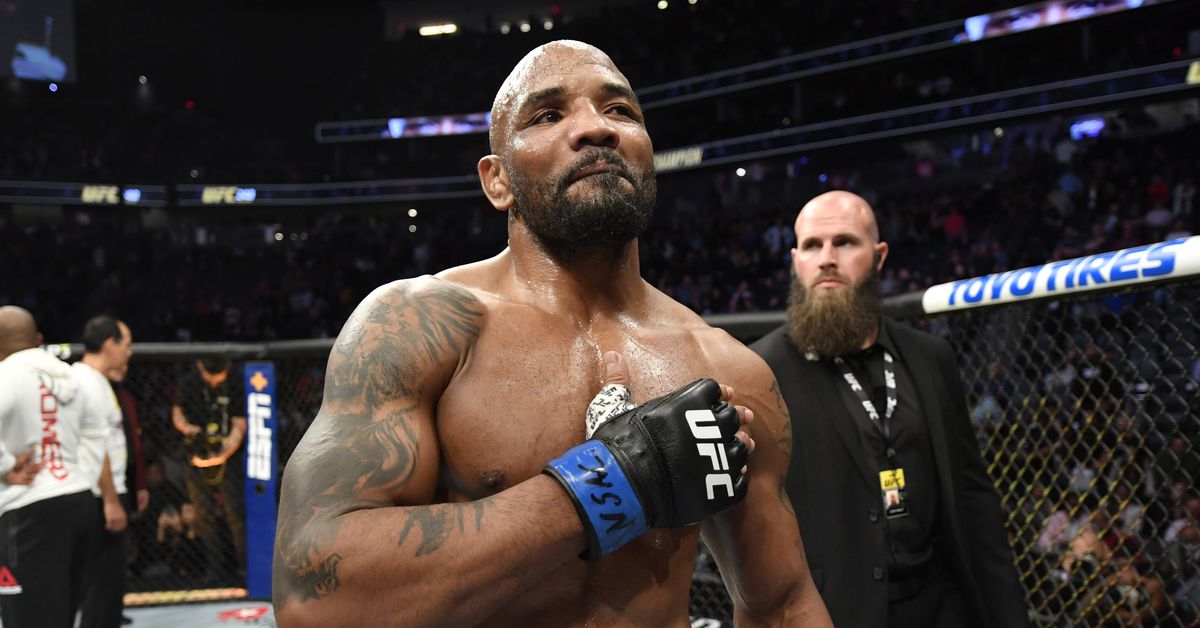 Gegard Mousasi is nearly a 60-fight veteran despite only being 35-years-old.

The Dutchman currently reigns supreme as the Bellator Middleweight champion but has spent time in his career within the 205-pound Light Heavyweight ranks directly above his primary 185-pound home. One of the promotion’s newest big-name signings in Yoel Romero has recently made the change himself.

Cuba’s Romero has his sophomore appearance in Bellator set when he takes on Melvin Manhoef at Bellator Paris on May 6. For his own sake, Mousasi hopes his fellow countryman in Manhoef can pull off the victory.

“No one likes to fight Yoel Romero,” Mousasi told James Lynch. “Why would I want to fight him? No. I hope Melvin wins so I don’t have to fight him (laughs).

“He’s coming off four losses or something like that. But still a very dangerous opponent so fighting him is not gonna do anything for me. But if they make the fight, I take it. Karate is on my side so I beat him.”

Romero’s last victory came in a Feb. 2018 interim title clash with Luke Rockhold at Ultimate Fighting Championship (UFC) 221. Unfortunately for “The Soldier of God,” Romero became unable to win the title after missing weight the day prior. He still went on to score a second-round knockout regardless.

Two more losses for Romero followed before he departed the UFC for Bellator and made his debut in Sept. 2021 against Phil Davis. Romero would suffer a split decision loss and admit that he thought the fight was supposed to be five rounds, not three.

Mousasi returns to action on Feb. 25 when he looks to defend his title against the undefeated 11-0 Austin Vanderford at Bellator 275.