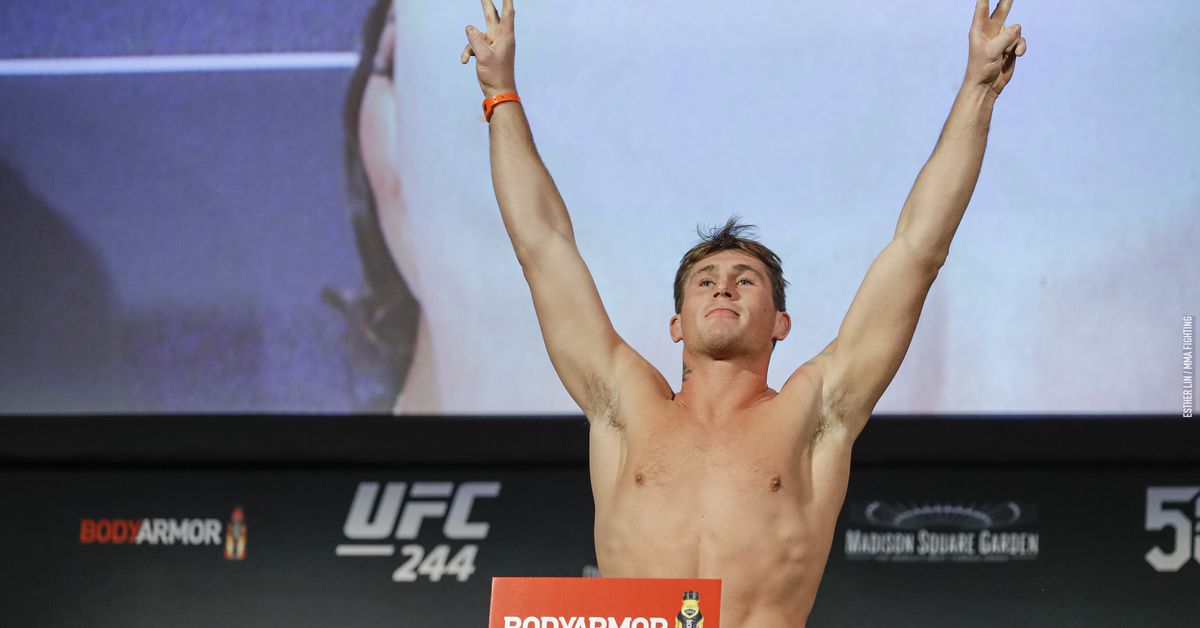 Uriah Hall has his reasons for why he believes he wasn’t booked against Darren Till for his next bout, but Till certainly doesn’t agree.

Hall is slated to face Andre Muniz at the UFC’s April 16 event, but had called for a fight with Till many times on social media. In a recent interview with The Schmo, the No. 12 ranked middleweight in MMA Fighting’s Global Rankings feels as if Till wasn’t as motivated to sign the dotted line.

“I wanted Darren Till, but he’s just being a punk ass b*tch,” Hall said. “I don’t know what happened, or if he’s playing the UFC or what not, but he’s the guy that makes sense.

Till, of course, is not one to stand by and allow another fighter to besmirch his name. The No. 11 ranked fighter in MMA Fighting’s Global Rankings took to Twitter on Saturday to clear the air from his perspective.

@UriahHallMMA brother brother brother, you just did a interview saying I am scared of you? I jumped up to middleweight and straight off the bat fought 2 of the best middleweights there is in gastelum & Whittaker.
I have never turned a fight down at WW or MW.

Till added one last response to Hall on Monday morning.