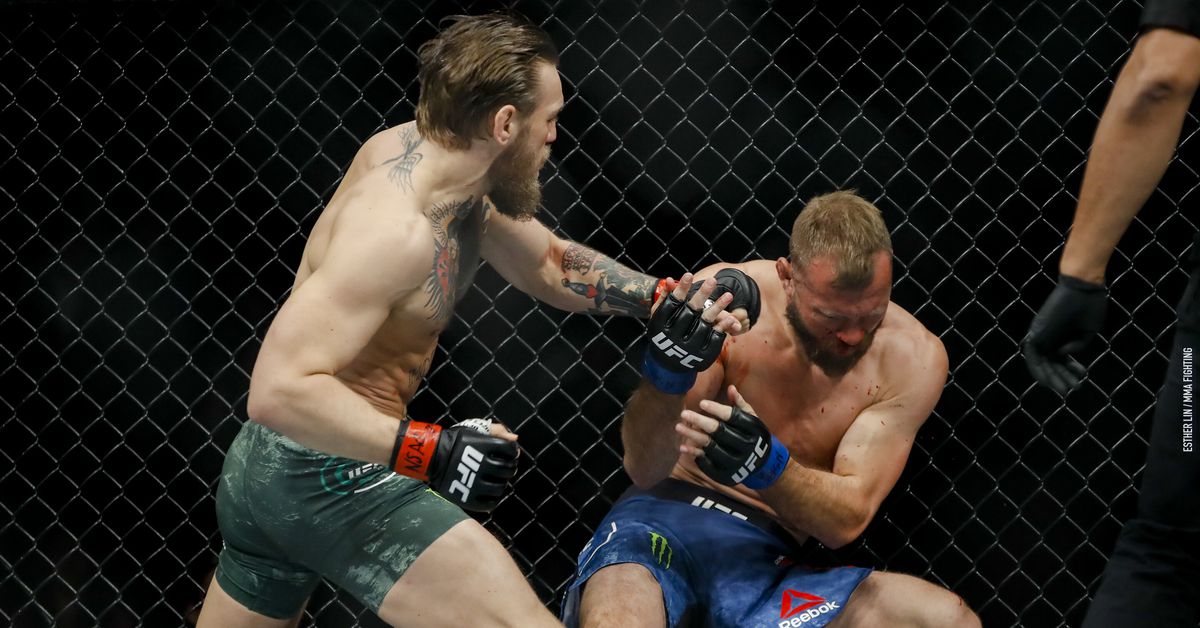 Conor McGregor isn’t well known for his wrestling but he still believes that his ground strikes are better than anybody else in the sport.

As he continues to recover from a broken leg suffered in his last fight against Dustin Poirier this past July, the former two-division UFC champion took to Instagram to tout his vicious striking ability whenever he’s dropping punches on his opponents from above.

“I’ve the best ground and pound in the game,” McGregor wrote. “My highest percentage of finishes does not actually come from my standing horizontal back hand, like most assume. My highest percentage of finishing wins actually come from the accuracy of my vertical punching (you are all novices vertical striking. Arm hitters. Ask ref to stop it hitters. Fall over on yourself hitters).

While ground strikes don’t always come from wrestling, it’s much more common for a fighter to score a takedown and then begin raining down blows on an opponent.

During his entire UFC career, McGregor has only scored five takedowns with four of those coming in his second bout against Max Holloway when he suffered a torn ACL that forced him to turn to his wrestling in order to secure the victory.

That said, McGregor has typically used his ground strikes after already hurting an opponent, putting them on the ground and then unleashing a barrage of punches until the fight is stopped. He’s done that several times during his UFC career, most recently when he unleashed a barrage of punches that stopped Donald “Cowboy” Cerrone in early 2020.

It’s unlikely that McGregor will suddenly start shooting for blast double leg takedowns when he returns to action but he’s adamant that anybody stuck underneath him in a fight will pay for it.

“It’s how you’ve seen people versus me absolutely cut up,” McGregor said. “Looking like they’ve just got a bang of a few golf balls off the tee of a driving range. Skin fully opened. Yet me, skin like butter. Many times I’ve not even messed up my hair.

“That’s why a lot of these rat bags like to hate. I’m smooth like butter with it. The richest, the baddest, the most unscathed.”