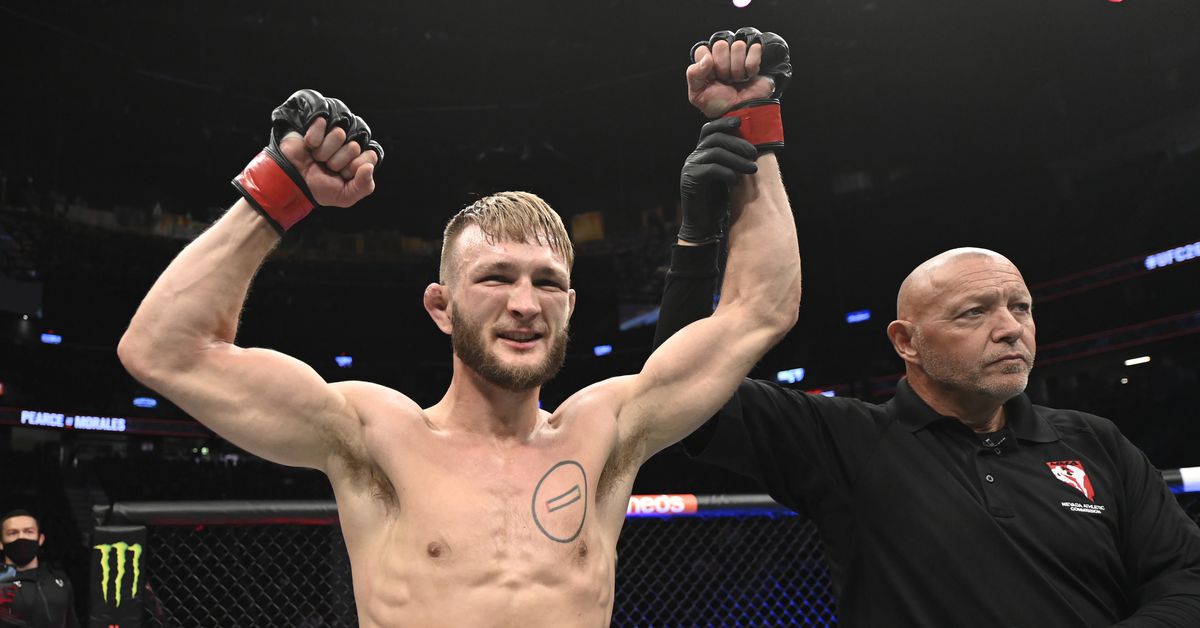 Jonathan Pearce has a new opponent for this Saturday.

Pearce was originally slated to face Austin Lingo in a featherweight bout at UFC Vegas 48, however, Lingo was forced out of the bout last week due to an undisclosed injury. Instead, Pearce will now lock horns with Christian Rodriguez in the featured prelim bout.

An undefeated prospect fighting out of the Roufusport Academy, Rodriguez (6-0) competed on week seven of Dana White’s Contender Series in 2021, scoring a unanimous decision win over Junior Cortez. Unfortunately, Rodriguez missed weight for the bantamweight bout by two pounds and thus was not awarded a UFC contract. Now, Rodriguez will get his shot in the UFC anyway as he steps in to face Pearce.

Pearce (11-4) entered the UFC in 2019 after knocking out Jacob Rosales on the Contender Series. The Arizona-based fighter lost his UFC debut in a lightweight contest against Joe Lauzon, but then dropped to featherweight where he has picked up back-to-back wins, the most recent of which was a second-round submission of Omar Morales at UFC 266.

UFC Vegas 48 goes down this Saturday at the UFC Apex in Las Vegas.

Michael Chandler will fight anyone, anytime, anywhere!
Sanko To Make UFC Commentary Debut
PHOTOS: Laura Sanko’s best social media posts ahead of color commentary debut
‘This is the happiest time for me’: Inside Fedor Emelianenko’s last hurrah in MMA
‘When he hits you, it’s different’: What it’s like facing the KO power of Derrick Lewis