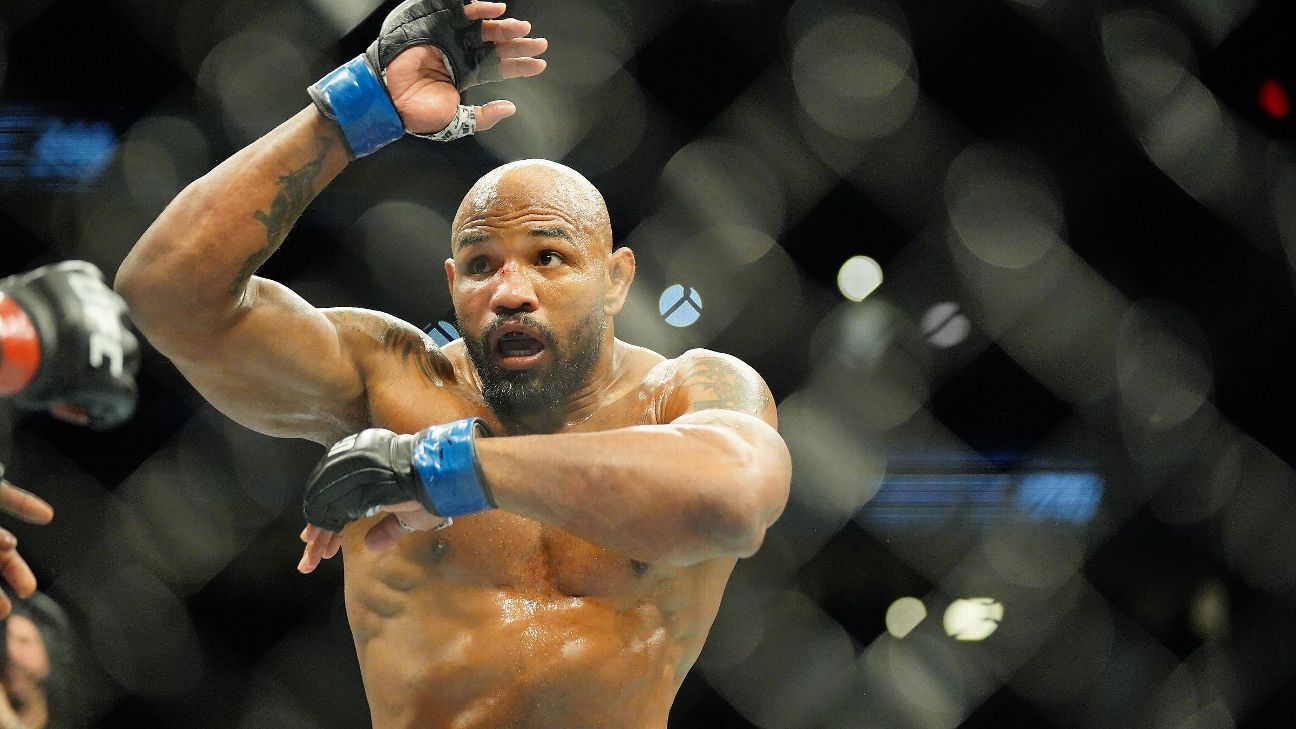 Yoel Romero will look to pick up his first Bellator win when he takes on MMA veteran Melvin Manhoef in the co-main event on May 6 in Paris, the promotion announced Thursday.

The bout will be contested at light heavyweight. Romero is a former UFC title challenger.

The main event will feature Ryan Bader defending his Bellator heavyweight title against France native Cheick Kongo in a rematch.

The 44-year-old Romero (13-6), a former Olympic wrestling silver medalist, has lost his last four fights, including his Bellator debut to Phil Davis via split decision last September at Bellator 266. The Cuba native announced his free agency from the UFC in late 2020.

He fought several times for the UFC middleweight and interim middleweight titles, including a loss by unanimous decision to Israel Adesanya at UFC 248 in March 2020.

The 45-year-old Manhoef (32-15-1, 2 NC) had a two-fight losing streak snapped by UFC veteran Corey Anderson in November 2020. The Suriname native and longtime Netherlands resident has been a pro MMA fighter since 1995 and is known for his exciting striking style. He has competed for such promotions as Strikeforce, ONE Championship, Dream and KSW.